BlogHer has come and gone and now 'tis time to reflect. Me and my compadre, Christina, noticed major differences between the conference we attended in 2011 and this conference. I'll address those in a minute. 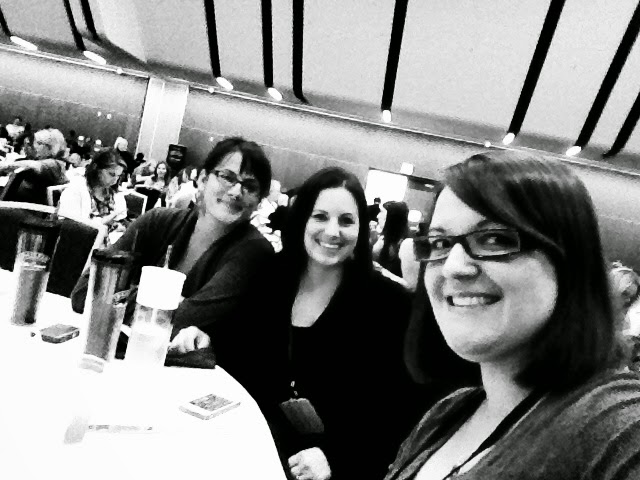 This year's conference was a "selfiebration," so I obliged. Left to right: Nicole, Christina, me.

Overall, it was worth every penny for me to get out of the house, away from my adorable 8-month-old. I spent entire spans of time not thinking about or doing mommy things, and it felt really wonderful to just be an adult woman for a couple days. Although I still had to pump milk every few hours in the lactation lounge, which was in itself a bonding experience with the other pumping moms. My husband watched Graham for those couple days and did such an awesome job that now Graham truly prefers my husband when it comes to nap time. I'm so proud of both of them, although sort of hating life today because this nap issue is no joke.

Awesome things about the conference:

I didn't attend any of the parties, so I can't really speak about how those were, although Rev Run was at the party sponsored by McDonald's on Saturday night, which is pretty cool.

Things that were a little off:

I don't write any of this to knock the conference or its organizers, because I can't even imagine the planning that must go into an event this enormous. I have a lot of respect for what they've done with this conference over the last decade.

But I wonder what's going on. Is it that blogging is dying out? Or has BlogHer become unhip? Maybe it was just an off year? Perhaps no one wanted to go to San Jose. It's understandable that it'd be easier to draw big names to San Diego in 2011, because it's close to Los Angeles. But really, what is happening? I'm curious to hear your theories.