I'll get the two stinkers out of the way real quick so we can move on to the surprisingly enjoyable women's lit I just finished.

There are so many futuristic, apocalyptic young adult novels out right now. I think everyone wants to be the next The Hunger Games. The 5th Wave, for example, is a book that just came out and is getting a lot of buzz. I downloaded a sample* and it just didn't hook me so I didn't buy it. I might be wrong about it, though -- it's already in development for a movie.

Anyway, Icons is one such novel in which young people are living in a world that's been taken over by aliens. I think the reason I didn't love it was that I just never really connected with the characters. And I thought their "mission" was lame. It's going to be a series so I understand this is just stop number 1 for them, but I'm not personally willing to delay gratification for that long. If you have a series, you've gotta give me a little more to nibble on. Something a little juicier. 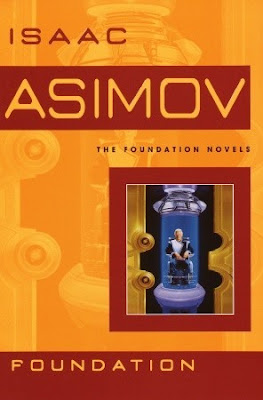 Now I think it's time for me to hand in my science fiction fan club membership card, because I hated Foundation.

The science fiction community considers this book to be practically Biblical in its importance, and many later works draw from it. But oh my word, is it boring. It reminded me of when I was a reporter and I used to cover city council meetings. Very rarely, there would be a meeting with an item of interest on the agenda, which I was always thankful for. But even with an interesting city council item, I'd still rather have been anywhere else on the planet than in those city council meetings, because they were still dry and dull. Like this book.

Ninety percent of the book is dialog between human men (the only species in the book, which I found surprising and boring, given that the book is set in a multi-planet world), and only men. Two women appear in the book, for about a page each, to demonstrate their pettiness and love of jewelry. I shouldn't be so harsh -- the book was published in 1951, so perhaps Asimov couldn't yet envision a world in which women were men's equals. But another problem with no women in the book was there was zero romantic tension, which I think every book needs.

The most pressing problem with the novel is that nothing happens. There's a lot of discussion of the fall of an empire and a certain group's attempts to prevent the unsettled period from lasting more than 1,000 years. Even with references to nuclear power and traveling faster than light, it is so frigging boring. 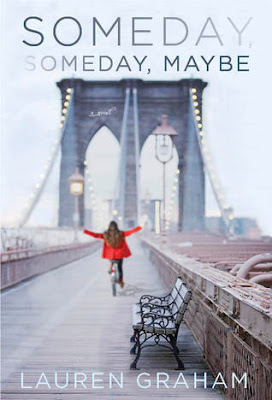 This book was written by an actress, which I wanted to be annoyed by. Lauren Graham is in Parenthood and Gilmore Girls. I saw her promoting her book on TV one day, and I made a note to just download a sample and see what I thought. My usual opinion of books written by celebrities is that they are crap. So I was really surprised that I enjoyed her book so much, and more than that, I think she must be a very cool person.

They say write what you know, so that's pretty much what Graham did -- it's fiction, but it's about a young woman living in New York, trying to make it in show biz. She's given herself a three-year time limit to make it before throwing in the towel, and she's on her final six months. She doesn't necessarily fit the mold of your typical skinny starlet with perfect hair, and her ego seems a little lacking. She talks about all the actors she's training with and all the casting calls she reads for, which I found really interesting. She's also mixed in a little love triangle for fun.

I found Graham's observations to be well-expressed and insightful, and at the same time Someday, Someday, Maybe is really just some light summer reading, great for vacation.

One thing you should know if you do decide to read the book is that I think it might be better to read the actual book rather than the electronic version because there are a few illustrations. I downloaded it to my ancient kindle and found some of the illustrations hard to make out. That said I bet it looks way better on the kindle fire or the ipad.


I have no idea what's up next. I just don't want to get skunked again! I'm considering Night Film or The Andalucian Friend, or 2312. Recommendations are welcome!


*books I downloaded samples of recently and decided not to read:
- The 5th Wave
- The Man Who Loved Books Too Much. I wanted to want to read this, but I could tell it was going to be a while before we got to the good part. I guess I do not love books too much.
- Unwritten: A Novel. Just didn't grab me.
- Daily Rituals: How Artists Work. I actually found this fascinating and inspirational so don't ask me why I didn't download the rest of it to read. It talks about a variety of artists and what they do every day. Really interesting. Many of them work hard in the mornings, then in the afternoons they sort of dick around. I've been doing it the complete opposite for forever, and I think I've been doing it wrong -- my mind is fresher mid-morning, so I need to be taking advantage of that.
- The Execution of Noa P. Singleton. I could tell I wasn't going to like a single character in this book, and after Foundation, I was feeling a bit impatient with that kind of crap. This book is being touted as the next Gone Girl, which I loved. But I don't buy it.
Posted by Erin at 3:09 PM