Ok, no absolute must-reads this time, but a couple strong contenders and one that's being released on film in November, so ... 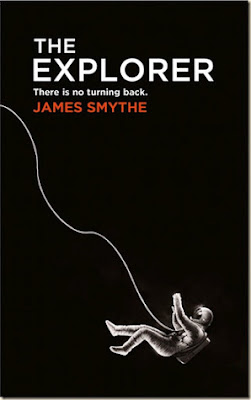 I felt like The Explorer had so much potential. So much. It's about a journalist who's on a mission deep into space with a bunch of scientists, but then people start to die. It ends up feeling a little bit like the movie Moon, which I've extolled the virtues of at length (hie thee to Netflix and watch ASAP, I tell you), but then turns out to be sort of boring and disappointing. The ending felt like a huge cop-out. I'm afraid I can't really recommend it. 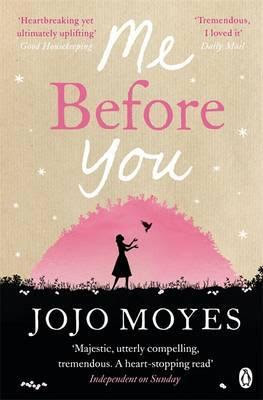 Now, I think Me Before You is probably worth your time. It's a sweet, well-written novel about a woman who's stuck in a bit of a rut, until she loses her job and then finds herself working for a surly quadriplegic. I found it uplifting and also a bit sad. It's thought-provoking and lovely. Four out of five stars. 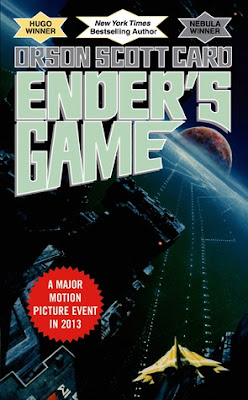 Somehow, I'm just now reading this classic, which was first published in 1985. I found it pretty entertaining, if a little strange at times. The writing felt a bit older than 1985 -- like the boys using variations of the word "fart" to insult each other and the fact that racism is alive and well in space ... I mean, I sort of envision race issues going out the window if we can manage to populate other planets, but perhaps that is wrong and naive of me.

For those unfamiliar with the premise, the world has basically hanged its only hope of survival on a child named Ender, whom they're hoping will eventually be able to command their armies in battle against a hostile alien race called The Buggers (again, not loving this name but it's apt, I guess). The book is the tale of Ender's training and attempts to win over his peers, who've been turned against him in some instances. It also touches on his evil, psychotic brother, Peter, and loving sister, Valentine.

I gave it four out of five stars for keeping my interest, although as I say, I have my quibbles. At the end of the book, whole years flash by with just a little description, which is quite a bit different from how the rest of the book is written. It's a minor annoyance. Anyway, it kept my interest enough that I will certainly be reading the sequel, Speaker for the Dead. And, as I mentioned, Ender's Game is obviously being released on film in November and looks pretty killer. 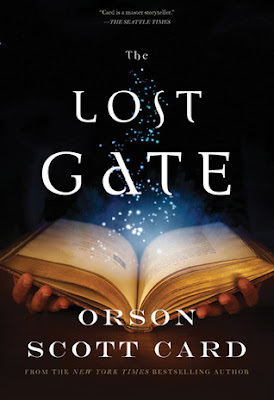 Another Orson Scott Card book? I know. This one was published in 2011 and the reason I read it was because I got hooked by a preview that was included at the end of Ender's Game. It's about a boy named Danny, who lives on a compound with his family in Virginia. They're all descendants of old gods who were trapped in "Mittlegard" when Loki closed some special gate that let them travel between worlds. Anyway, they've been trapped here for like 14 centuries and their magic is waning. Danny fears he's been born without magic, but that may not be entirely true ...

The Lost Gate definitely smacks of some of the same themes from Ender's Game. We've got a young boy whom many people are prepared to hang their every hope on. Unfortunately, it dragged a bit. It spent quite a bit of time going on about gates and how gates are formed and who can lock them and yadda yadda. I gave it three out of five stars. That said, if you're a big OSC fan, it might be worth a read, and the good news is it's a series (that I won't be reading).


I haven't chosen a new book, yet. I'm sort of Orson Scott Carded out at the moment and need a breather. I'm considering Stephen King's Under the Dome, which you probably know is going to be a miniseries that starts on June 24.

How about you? Read anything awesome lately?
Posted by Erin at 12:44 PM