A few reviews of what I've been reading lately. Some are awesome, and some stink to high heavens.

For starters, I finished the rest of the Beautiful Creatures series, and deem it above-average easy-reading.

On a 5-star scale, I'd give Beautiful Darkness only 2 stars because I found it annoying in the same way the second book in the Twilight series was annoying. One of our main characters is missing-in-action for a majority of the book, and we've got a fill-in romantic interest. Verrrry reminiscent of New Moon.

The second and third books redeem the series, though, and I'd give them each four stars. I found the plots to be creative and engaging. It's still a young adult or teen series, though, and the main characters are all in high school, so you have to be prepared to go back to your shameful Twilight days if you're going to read these. Plus, we do have a similar "I might kill you if we have sex" situation thing happening in this series, which is a little coincidental in my opinion, what with the whole Edward/Bella situash. When the series ends, the kids are still high-schoolers, so it's your guess as to how this will resolve itself. 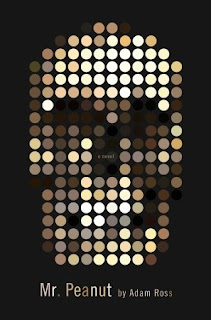 Now for Mr. Peanut. I wish I knew the source that led me to read this novel, because if I remembered where I heard that this was a good book, I would never trust that source again.

In fairness, Mr. Peanut is well-written. It's lengthy. It's thoughtful. But I really hated it. A lot.

The book follows three crappy relationships that all seem to be failing for one reason or another. The first relationship is the most interesting one, in that the woman is dead and her husband is suspected of killing her. You have to wait until literally the last page of the book to find out what really happened, and I don't know how you'll feel about it, but I felt hugely tricked and disappointed. I think it was a really cheap writer's ploy.

In the book, all of the women are insecure and borderline insane. They're overly-demanding and irritating. I wondered if Ross hates women at several points in the novel. Then I figured, well, the men are not exactly gems, either, but there's a sort of romanticizing happening about their shitty way of dealing with things. Ross spends an exhausting amount of time dissecting the ins and outs of these relationships and I ended up bored several times.

The other (and probably most important) reason I hated this book is due to the "Mr. Peanut" part of it. I had no idea why it was called Mr. Peanut, and I can't tell you or it will ruin the whole thing. But suffice to say that if I'd known I would have avoided it like the plague. I have a personal abhorrence for the topic and would never read a book containing even hints of it. That said, others are unlikely to find it nearly as offensive as I did. Personal life experiences being different and such. 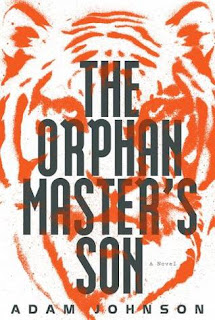 All right. Now the best for last. This is one of the best books I've read in a while. Five out of five stars, all the way. It's an epic novel following the life of Pak Jun Do in North Korea.

I honestly don't even know how to begin explaining this novel. Even reading the jacket description, I was like, "meh." What really got me to read it was that it just won the Pulitzer Prize for fiction. Someone is obviously doing something right if they've won a Pulitzer.

I guess I'll just say that the most fascinating part of this novel, for me, was all of the details of everyday life in North Korea. I kept thinking to myself: There is no way this is how it really is, especially not modern day. Johnson explains a pretty terrifying country, where unimaginable things happen every day to innocent citizens, all in the name of serving the greater good. I got to the end of the novel and then read an interview with the author, and holy smokes, you guys. The research he did? Extensive. He even somehow managed to visit NK, which is obviously rare. The entire book is based on fact. Just astounding and really revealing, given the U.S.' current relations with that country.

Now, I know I still haven't sold this book, and it probably sounds horrible and depressing, but it's not! It's fascinating and triumphant and suspenseful. Just truly wonderful.

What are you reading right now? What are your five-star, must-reads? I'm currently reading The Explorer, by James Smythe, a sci-fi thriller. It's shaping up to be really interesting so far!

This week marks seven years being married to my husband.

I am a little tiny bit superstitious, so I'm wary of the whole seven-year-itch thing. However, after having done three minutes of internet research, I've determined the seven-year-itch only applies to couples who have children. Because they forget to maintain their relationships and stuff (the expert opinion of The Huffington Post).

Also, there's no way in hell I would ever want to be back out there. In the dating world. The idea of an affair seems really tiring to me. Not to mention that my husband and I have reached a point where we know each other so well (we actually met almost 17 years ago) that when one of us is lying, the other knows instantly.

That sounds really unromantic, the idea of me not cheating on my husband because I don't have the energy. The true reason I wouldn't is I have no reason to. I love him. Tons and tons. So much that I worry something will happen to him and then I'll really be up shit creek. It's pointless worrying, but I think it's an inherited thing I can't stop myself from doing.

He still surprises me with his generosity. Never mind that he bankrolled me quitting my job to write my yet-to-be published novel. Money is never an issue for him. When I want or need something, I should get it. I don't take advantage of this that often because I'm cheap.

And he's got this generous spirit that, for starters, almost always refuses to engage in arguments with me. I'll get maybe a couple sentences into a gripe and then he says something funny and gives me a hug and then poof. It's over.

The other part of this generous spirit is that he gives so many people the benefit of the doubt, when you or I might think they don't deserve it. I'm the judgmental one in our relationship, and he's the one who will make allowances for almost any character flaw. He can find the redeeming value in almost anyone. It's an admirable quality (and possibly the reason he married me).

Things weren't always so ideal between us, but as the cliche goes, marriage is work. You work at it, and hopefully it gets better. It got better for us. It's not perfect, and nothing is, and it will never be, but if it were we'd probably get bored. For now, I just count myself extraordinarily lucky to hold this love and give it back.
Posted by Erin at 1:02 PM 3 comments

that was just great

I didn't buy the brownies the first time I saw them because a glance at the ingredients list revealed they contained soy lechithin, and I am nothing if not an avid hater of the soybean industry.

The second time, I made an exception. After all, they're in a brown box. They say they're from the "Whole Foods Market." They are large and look delicious. And they do not contain corn syrup (I am nothing if not an avid hater of the corn industry).

It was an odds-and-ends day. I think I'd thrown a box of strawberries, some eggs, a few bottles of Pellegrino, and an enormous container of honey into the cart. No meal can be clearly deduced by studying the items in my cart. Which is something that often happen in the checkout line. "Making tacos?" a fellow with three-inch ear gauges will ask. I always feel inexplicably compelled to explain, no, it's chili, and the chicken is for pasta. Some checkers have enthused about their love of all meats, everywhere, and others have lifted the packages carefully by their corners and then promptly disinfected their hands with a couple squirts of antibacterial gel. I assume many vegetarians work here.

Brownie day there was a new checker I hadn't met before. Mainly, I'm just relieved when I don't get the shouty checker who shouts at me DID YOU FIND EVERYTHING YOU'RE LOOKING FOR and then shoves my receipt in my face without further ado.

New checker was quiet until he got to the brownies and then he held the box close to his face and remarked on the price -- $5.99. For four brownies. Large though they may be. "Gimme a break," he says. "You've got to really be in a bad way for brownies," I explain, without shame.

This entry has all the makings of an Erin-story -- the kind of story that anticlimaxes and people say: "And then?" But there's no "and then." Just, the guy thought I was paying too much for brownies, and although he was right, I bought them anyway, and actually? They were delicious.
Posted by Erin at 12:48 PM 3 comments

I'm going to try to make this not be 100% about TV shows. But the reality is I watch entirely too much TV. I read about these youngsters coming up who don't have TVs and just use hulu or some such nonsense and I just am not sure what they're doing with their free time. Reading books?!


It's like bullet points, but with photos. From mi telefono. 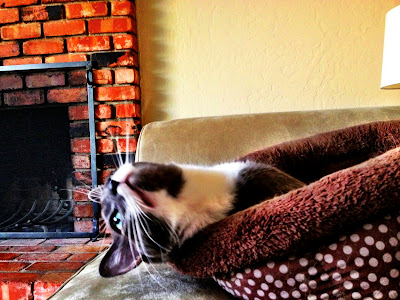 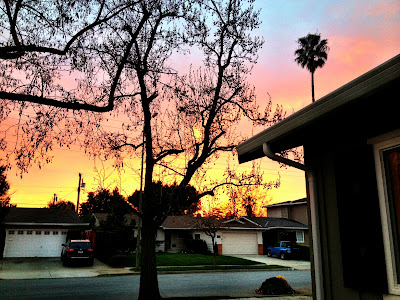 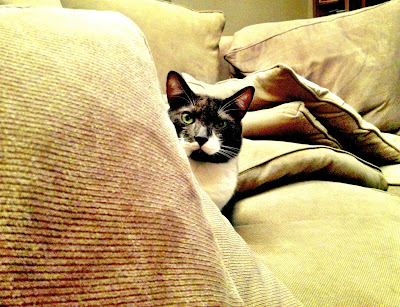 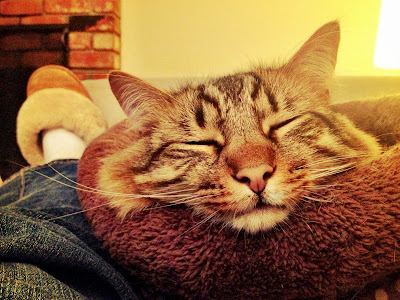 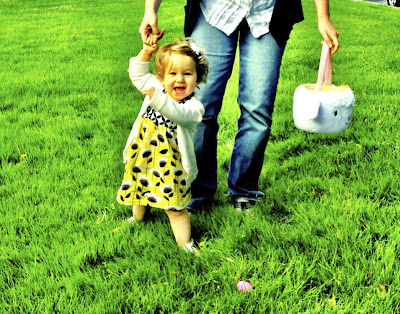 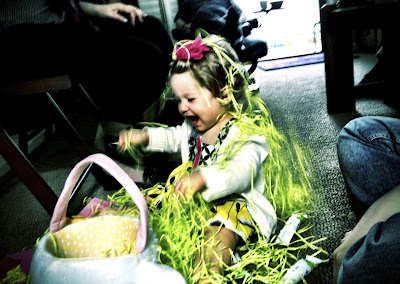 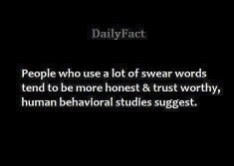 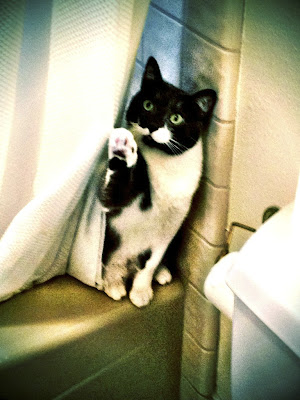