The Bachelor, Ep. 11: The Women Tell All

Well, first of all.

I saw a spoiler. Totally by mistake. It was on Extra. I sure didn't expect them to blurt out, "Sean is rumored to be engaged to ....!" Two weeks before the finale. I guess they don't care because they're on NBC and The Bachelor is on ABC. Anyway, I tweeted something rude to Extra. I don't think they really cared, though.

So that's that. But let's get to the Women Tell All, which was, horribly, two hours long. Completely unnecessary. 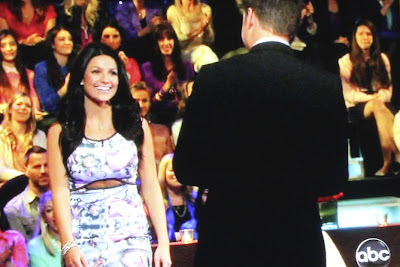 For starters, I really hated Tierra's dress. I actually had a dream about this dress last night. I was driving past a construction zone, and a woman working construction was wearing it. So weird.

Tierra is still spouting her Tierra-isms. "I light up in a room ... I bring this joy and smile..." What the eff is she talking about, you guys. 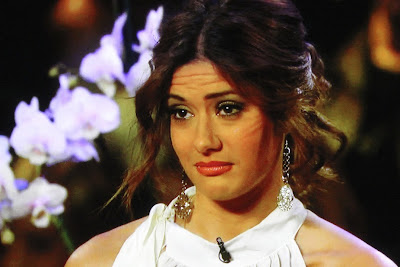 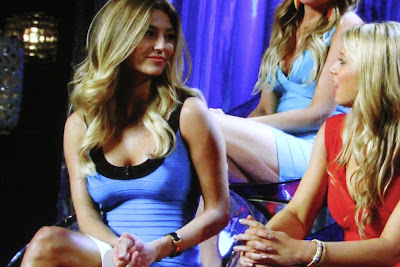 AshLee and Lesley were like, Which of us hate Tierra more? Hm. 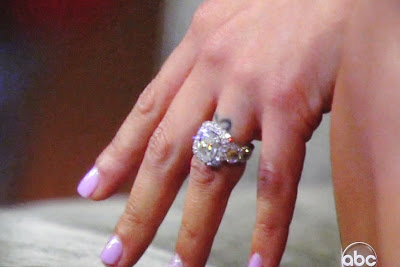 And then Tierra's like, Whatever, I'm engaged now.
To her ex-boyfriend.
Presumably not the dead one.
His identity remains a mystery. He's said to run a lucrative business in Vegas.
I'm thinking there is no way this person really exists. 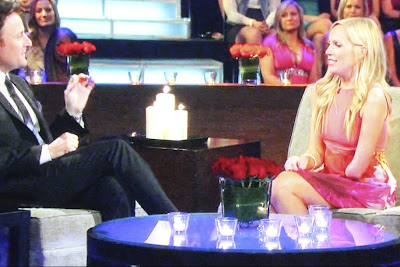 And then we had to talk about how dudes don't like Sarah because of her arm situash.
Which is sad. 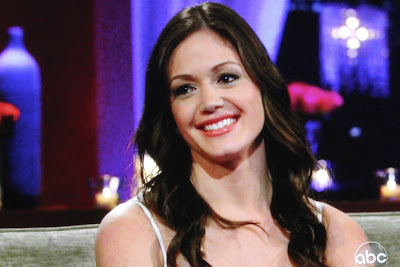 And then Desiree was like, Yeah, my brother is a dick.
Actually, she didn't say that, but she should have.
What do we think of her hair? She used to have bangs.

Then AshLee and Sean talked, blah blah.
It's too boring to even talk about. 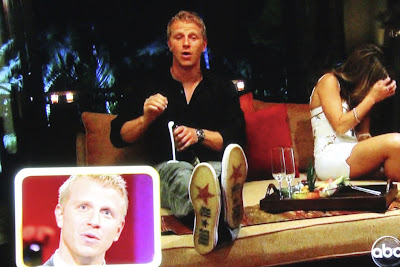 The outtakes were the most entertaining part. Here Sean popped a cork off a champagne bottle and the champagne is pouring onto his leg. This amused me greatly at the time.

Episode 10 recap: The Fantasy Suite Dates
Episode 9 was Sean's bullshit "tell-all"
Episode 8 recap: Hometown Dates
Episode 7 recap: YOU CAN'T TAKE MY SPARKLE
Episode 6 recap: You're gonna wife that?
Episode 5 recap: If I could be someplace else ...
Episode 4 recap: "Tierra-ble"
Episode 3 recap: Let's take this to the next level
Episode 2 recap: I'm a vegan but I love the beef
Episode 1 recap: Who does this, indeed