The Bachelor, Ep. 6: You're gonna wife that?

All right, wham, bam, let's get this done.

The group goes to Banff, in Canada. I've been there and it's stunning. The video in this show doesn't do it justice.

Anyway, Sean is continuing to try to one-up himself in the Worst Date Ever category, so we begin with ....

Date in a Blizzard! What could be better? 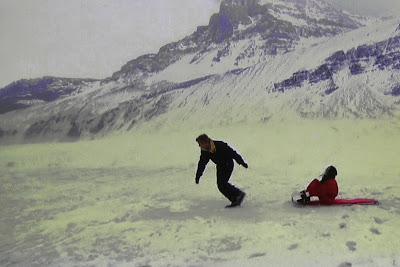 Catherine gets the first one-on-one date, so they play in a blizzard on a glacier. 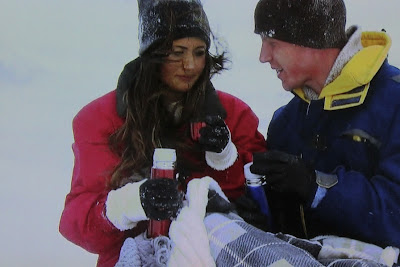 
Now, to really take this crapgasmagoria to the next level, Sean had to think really hard. So he incorporated really cold water and canoes into the group date. I'm just going to let Kalon speak for me, here. 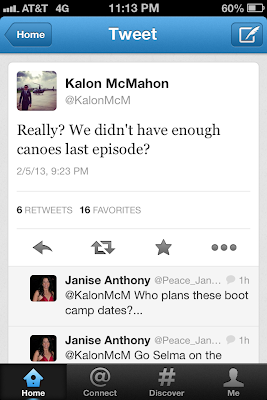 Actually, guys, Kalon is HILARIOUS on twitter. Worth checking out if you watch The Bachelor.

So of course, Sarah is once again on this date. Yet another physical date for the one-armed girl. 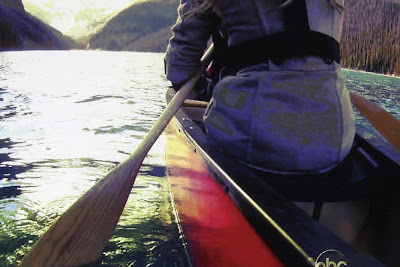 Sarah trying to row a canoe with her stump.
I think she should take that paddle and slam Sean in the face with it.

So, they row to the other side of this lake, which is just melted glacier water, maybe a degree over freezing, and Sean's like: We're going to jump in the lake! 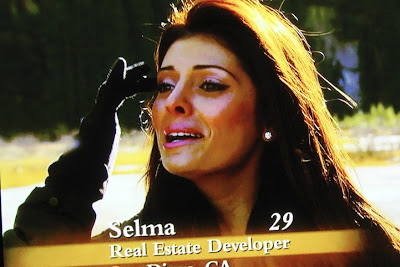 And Selma's like: Oh, no, no, no, dahling. That is simply not happening.

And I'm like: SELMA IS THE SMARTEST PERSON ON THIS SHOW. 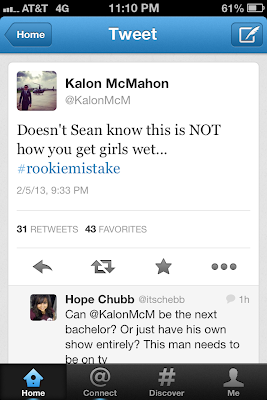 But everyone besides Selma jumps in, even though several of them have MAJOR misgivings about it. 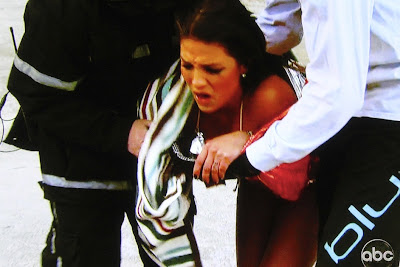 So, now that I've seen this episode, I think she really did have hypothermia. You just have to see it to believe it. 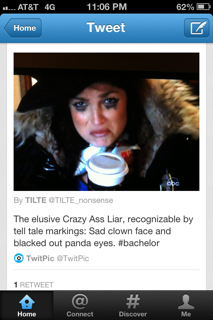 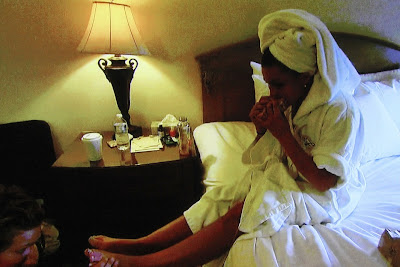 But she bounced back real good. Ate a sandwich, yadda yadda.
Even showed up later for the second half of the date, and Sean asked her if she would expect a proposal at the end of this (?!?!). Did I miss something? 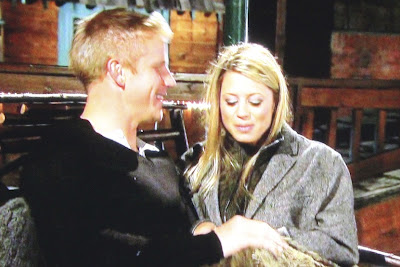 And then Sean gives Sarah the boot, and it's sort of heart-wrenching, you guys. 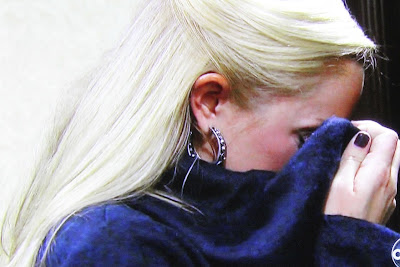 She was very hurt.
"I just don't want to be told forever how great I am and what I deserve ... It's not my first time."
She obviously believes this is because of her arm situash.
Not gonna lie, I teared up a little.

Then Desiree had her one-on-one date, and it's awful, of course, because no one can just fucking RELAX on a date with Sean! First they have to rappel down a mountain. Overall it was sort of boring. 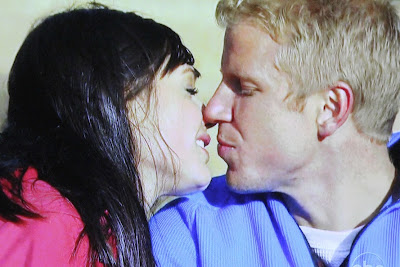 Although they did kiss while Sean had a sandwich in his mouth. Which is gross.


Now for the cocktail party/rose ceremony. 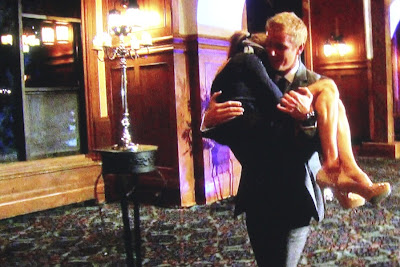 He does some kind of kinky blindfold game with Ashlee where she's giving up control or something. Whatever. 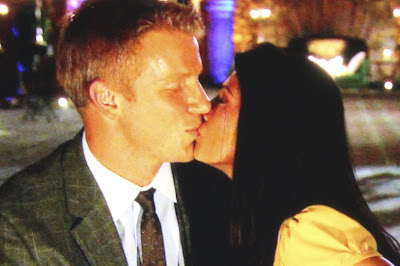 Selma kisses him! It's rather chaste and sort of lame. Too little, too late, unfortunately. 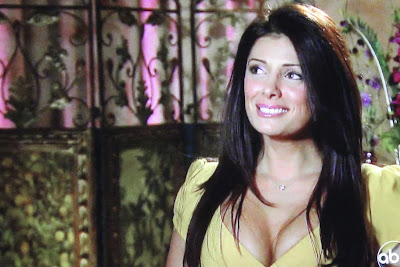 She said she had to bring out the big guns. Too easy.
She also said of Tierra: Let's be honest, you're gonna wife that?

And then she got eliminated, along with Daniella. 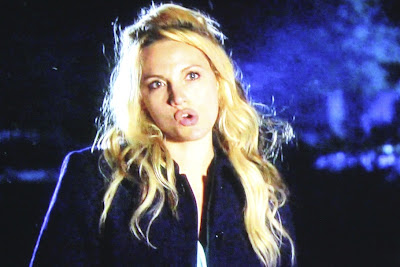 So this means my No. 2 (Selma) is officially eliminated. Do you think it was because she wouldn't jump in the lake? Hmmm. Who's the new No. 2 pick gonna be? ... I'm torn between Lesley and Ashlee. Catherine is still my No. 1.

Next time they go to St. Croix. What I want to know is: When does Desiree's crazy ex show up?

Oh, I'll leave you with this, even though I don't have a picture of Sean's ugly sweater. :) 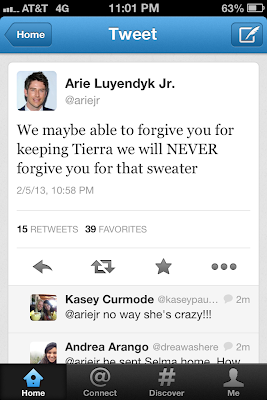 Episode 5 recap: If I could be someplace else ...

Episode 4 recap: "Tierra-ble"
Episode 3 recap: Let's take this to the next level
Episode 2 recap: I'm a vegan but I love the beef
Episode 1 recap: Who does this, indeed
Posted by Erin at 3:41 PM