books. or let's all cry about sugar.

It all started with a segment on NPR. An author was discussing his book, "Fat Chance." My husband was intrigued, and as is his wont when there is a book he would read if he were a person who reads books, he asked me to read it for him and report back.

Bad news. Sugar is the devil. 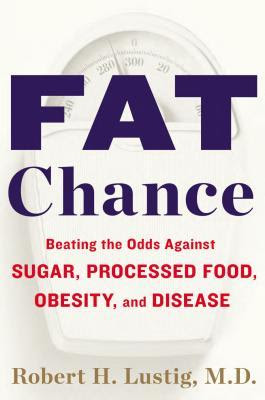 Lustig, a UCSF pediatric endocrinologist, has a 1.5 hour youtube video called Sugar: The Bitter Truth, in case you're interested. I got about 45 minutes into it and then said, aw hell, this is like watching the movie before you read the book.

So I read the book. It's well-written, conversational, enlightening, and scary. I learned a lot about metabolic syndrome and visceral fat. There's some info in here I kind of already knew, but learned more about, like how the food industry and the U.S. government are completely screwing us all over -- killing us, really -- for a few lousy bucks.

And Lustig even thinks that if we're fat, we're not entirely to blame. The government tells us what to eat. We blithely consume those foods. Those foods are pumped full of crap we should not actually be eating. We get addicted to that crap. The scale makes a sad.

Basically, do not listen to the government. Also, sugar will straight up kill your ass. Lustig will tell you how and why. And he'll make suggestions on what you should eat. It basically amounts to a shit-ton more fiber.

I thought it was rather eye-opening, especially if you're into the "all diets are bull shit, just tell me what I should do in general" school of thought. 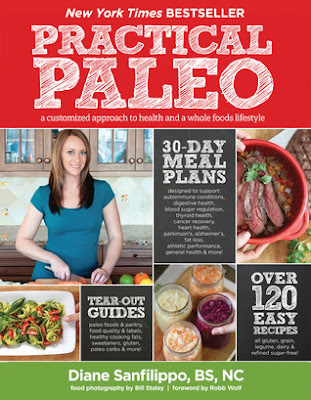 Because I am the demented person I am, I chose to ignore Lustig's recommendation not to diet. Instead, I read his words about Paleo -- "... has shown that even ten days of a Paleolithic diet can improve blood pressure, insulin sensitivity, glucose tolerance, and lipid profiles whether or not you lose weight." I ignored the part where he said you don't get enough Vitamin D on the diet and also that it costs an arm and a leg.

So as of today I am about two weeks into this mad, mad diet, and have lost about 7 pounds. But how do I feel, you ask? Well, I feel like I could eat all the bread, everywhere, and then I could eat more. If I think about cookies, my eye twitches.

Still, I gave Practical Paleo five stars on goodreads when I was done reading it because 1) I was super-inspired and maybe drunk. 2) I thought it was well-written and explained everything I needed to know concisely. 3) It has a whole butt-ton of eating plans and recipes to fit whatever ails you. Autoimmune conditions, fatty fattertons, neurological, etc.

For those unfamiliar with Paleo, it basically consists of eating mainly meat and veggies, with the occasional piece of fruit thrown in (but not too much! God forbid). You mustn't eat dairy, grains, legumes, or sugar. Alcohol and caffeine are to be cut way back on, and beer is a no-go because gluten is the devil.

Anyway. This is a review of the book, not the diet. As far as the diet goes, I'm on the fence. As far as the book goes, it's a great starter if you're interested in trying the Paleo diet out. 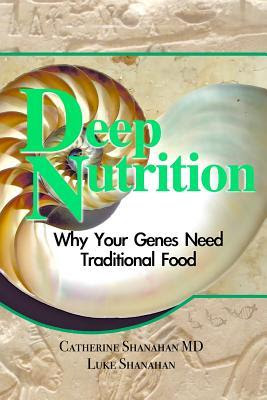 Ok. Then, because I was trying to stay motivated, I read Deep Nutrition, since it relies on the same basic principles as Paleo.

And mainly I was bored by a lot of the scientific crud that drags on and on.

And then I was skeptical of some of the stuff they're claiming. They're basically claiming that adopting this diet will make you more beautiful and if you're trying to have a kid, your kid will be totally hot. And they try to prove this point by explaining how tons of first-born kids are really good looking but a lot of second-born are really jacked looking because the first-born already stole all the good nutrients from mom's body.

Which is true in a few cases, but the more I thought about it, the more I realized I could think of wayyy more instances where the second-born is way hotter than the first.

I dunno. I just thought some of the "science" in this book wasn't exactly scientific. And the next person who tells me I need to be eating liver is gonna get punched in the face. 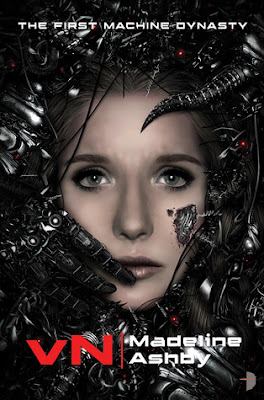 All right. I read vN before I dove into all these diet books and dudes. You know I hate saying this because writing a novel takes so much effort, but I really hated this book.

The story goes humans have created lifelike robots. The robots have this failsafe thing that makes their brains go nucking futs when they see violence. Our main character's failsafe is malfunctioning, and then she eats her grandma and it all goes bad from there.

The premise was decent enough, but everything else was jacked. The dialogue, the behavior of the characters, the descriptive detail -- it was just completely off. No way I can recommend it.

Currently I'm reading The Power of Habit, which is shaping up to be pretty interesting. What are you reading? Any recommendations?