Well, none of my top girls made any big moves this episode, so I'm starting to have my doubts about them. But, I just need to remember Jef moved verrrry slow, too.

By the way, apparently Jef is something of a fame whore? Did the whole thing for the publicity. He and Emily are off. I have very reliable sources (Us Magazine). My sources also seem to believe Emily cheated on Jef, but I call bullshit on that.

First of all, your obligatory Sean-looking-frightened-in-the-shower pic. 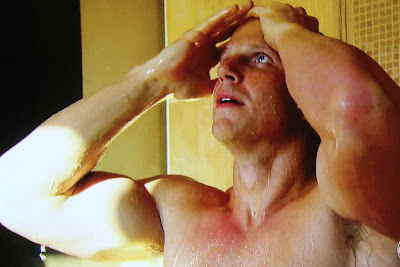 Sean takes Sarah out on a date. To refresh your memory, she's our one-armed bachelorette. 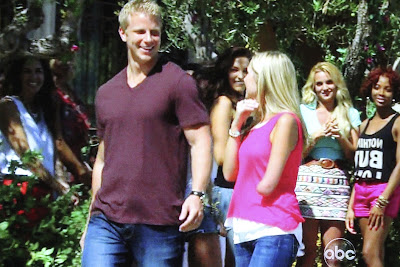 Ain't no thang. Just takin' my one-armed girl out for a a little free-falling off a skyscraper. 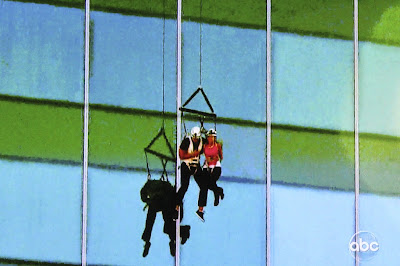 My idea of the worst date ever.

At first I felt kind of bad for ol' one-arm because, like, she only has one arm and here Sean has chosen her for kind of a physical date that's scary and potentially dangerous. But turns out I was wrong because afterward she told him a story about how once she tried to go ziplining and they wouldn't let her because of the one-arm situash.

I really like her. She is so not making it to the end. 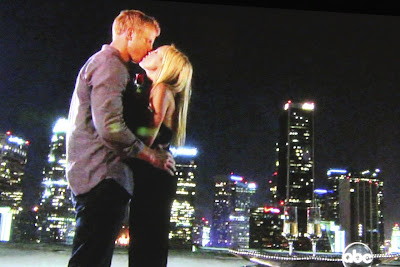 She gets the date rose and they kiss but it's, like ... hens pecking seeds off the ground or something. Super unsexy.

There are something like 13 girls on the group date. Kristy, Amanda, Selma, Brooke, Lesley M (gawdamnit we still have two Leslies), Daniella, Kacie, Robyn, Catherine, Katie, Taryn, and Tierra. I think I'm missing at least one but whatever.

So for the date they are going to have photoshoots to see who can shoot the best Harlequin cover, which is a GREAT idea and I can't believe hasn't been done sooner on this show. But I'm not sure if any of these chicks has ever seen the cover of a romance novel because they seem to think just staring googly-eyed at Sean is gonna do the trick. Nuh-uh, dudes. 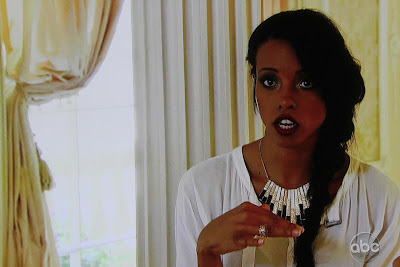 Ok, also, Robyn doesn't like Tierra.
Here we're beginning to establish that Tierra is probably the villain of the season.
Also, I like Robyn, even though I don't think she's going to make it far. She asks Sean at one point about how race plays into this whole thing (major points for just putting it out there), and he says he doesn't have a type and that his last girlfriend was black. Which actually makes me like him more, for some reason. Shoot. 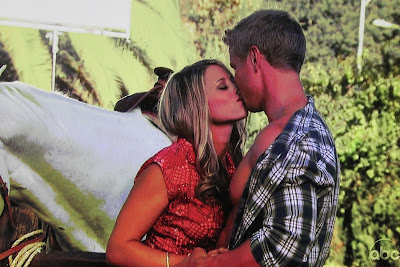 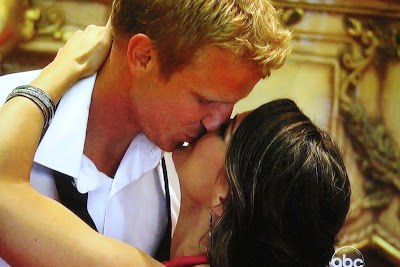 Tierra gets her hen-peck after being a whiny bizzle forever. 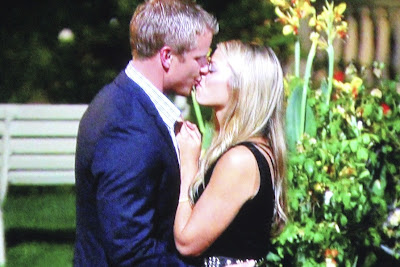 This is seriously the worst kissing I have ever seen, Lesley M. 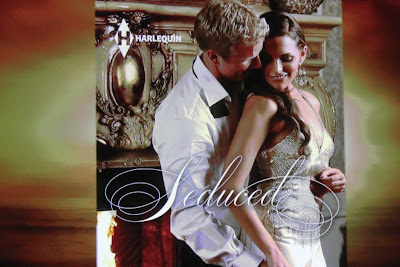 Kristy, who is a model, is the only one who seems to understand what the object of the date is.
She wins. 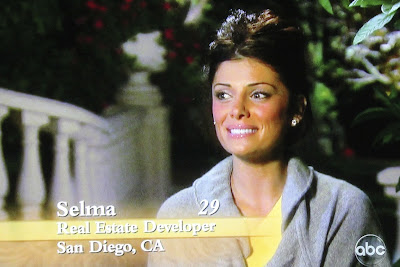 Selma was largely underwhelming this episode, although she did teach Sean something in Farsi. 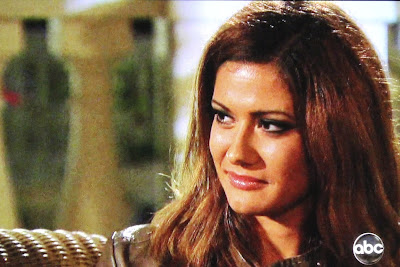 Speaking of barf, Kacie B always looks like she just ate something bad and/or she is judging you. 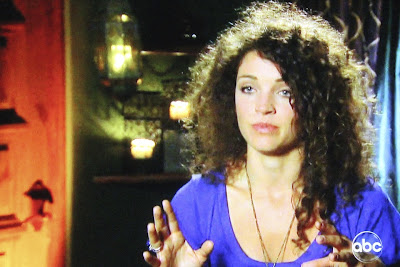 Big Hair has left the building. I think her name is Katie. She decided the show wasn't for her and she went bye-bye. Good choice, dude! 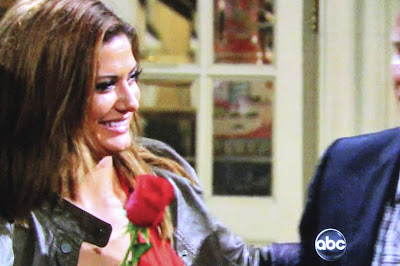 Kacie B won the date rose, which was weird and unexpected. She did smile, though, so at least she doesn't have that sour look on her face.

Sean takes Desiree out. I'm already disappointed that Desiree doesn't seem like she's going to work out, seeing as how her ex is gonna show up at some point this season and ruin everything.

So anyway. First Sean takes her to an art gallery, where he plays a trick on her, blah blah blah. What happens is a piece of "art" falls and breaks and she gets blamed for it, yadda yadda. I found it to be pretty juvenile on Sean's part, although I admit the ugly piece of art falling and breaking was HELLA funny. 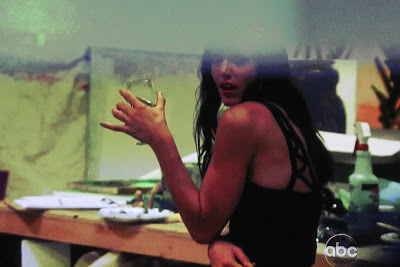 Desiree's face in the hidden cam after the art falls and breaks.

Sean tells her it's a joke, everyone laughs, yawn. They go back to his place for dinner and making out in the pool. I think she's his favorite.

So most importantly, Amanda is super crazy pants. Girls were asking her questions and she was just sitting there with this pissed look on her face, acting like she didn't hear them. My husband asked if she was stroking out. But she apparently was not, because when Sean shows up and asks to talk with her she's all smiles. Girl really scares me. 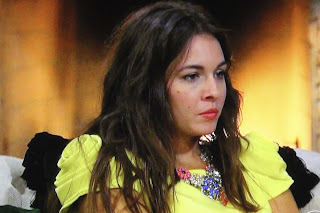 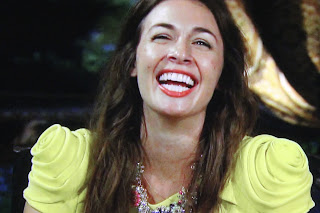 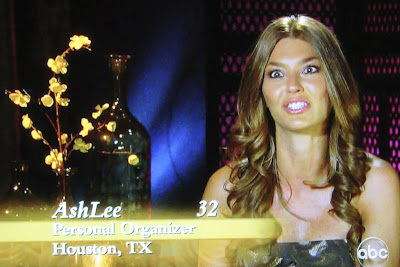 Poor AshLee (Gaaaaaahhh why) didn't get to go on a date this week. Here she's just talking about what a trainwreck Amanda is. I believe she called her a "tornado of negativity." As a refresher, AshLee, Catherine, and Selma are my top girls. 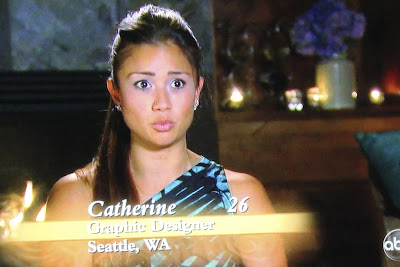 Here's Catherine, in case you're forgetting what she looked like. She had one of the best quotes of the night -- "I'm a vegan, but I like the beef." Har. Har, har, har.