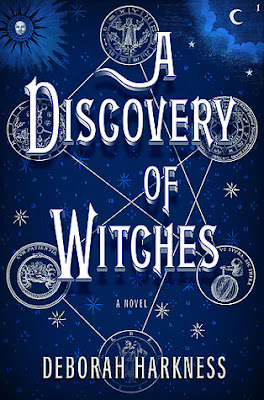 I read A Discovery of Witches on the recommendation of a couple of friends who were enjoying the All Souls series. As I mentioned before when I said I'd started reading it, this is a bit of a guilty-pleasure read. It's pretty much Twilight for grown-ups (but not uber-nasty like the Grey books, you dirty birds).

The premise is there's a witch who's, like, in denial of her witchhood. She meets a handsome vampire, adventure ensues. I found it to be a little silly, but overall entertaining. I gave it an extra star on Goodreads because I felt the author had done well in researching her science. I found those portions very interesting.

It otherwise would have earned three stars for lack of believable characters. I know, it's a books about witches and demons, what do I want? I just want people to behave as I would expect them to in real life, is all. Overall I think it's a decent read, excellent if you're heading off for a beach vacation. 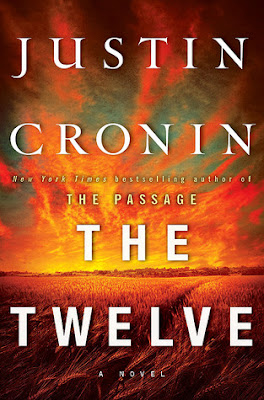 The Twelve is the second book in The Passage series. If you haven't read it, The Passage is an epic tome detailing the near-demise of the human race in North America due to meddlesome scientists having created vampires while experimenting on the scourge of society: prison inmates. Who better to turn into vampires than rapists and murderers, amirite?

It took me a while to slog through The Passage, but it was interesting and mostly fast paced. The good news is I think The Twelve is even better. Really imaginative, well-written, and satisfying. It's long but I breezed right through it. My only criticism is that because there are so many characters and their stories are so detailed and complex (and they span over a hundred years), I sometimes had to think for a minute before I remembered who a certain person was. Still, even though there are so many characters, I felt each of them was so well-developed and detailed that a couple of parts made me a little misty. A vampire book of all things!

In summation, I think this series is a great choice if you're into the same stuff I'm into.

What are you reading? Anything good? Anything crappy?