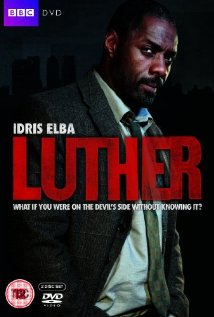 A reader suggested I move on to "Luther" after I finished "The Wire" and was feeling a bit of separation anxiety. So I did.

I admit I was largely motivated by the fact that the lead character is played by Idris Elba, who is basically walking sex. I mean, come on. Did you see the scene in "The Wire" where he seduces D'Angelo's girlfriend? Hot.

In Luther, he's a harried, rule-bending detective, and he gets to speak with his native English accent (I die). The show is sort of England's answer to Dexter, and I admit it presses the limits of believability, but then, doesn't Dexter, too? Although Dexter kind of wins because 1) it takes place in Florida and I think Florida is basically old people and mass-murderers mixed with a few unsuspecting normal folks and 2) there's only one or two Big Bads per season, whereas Luther has a new Big Bad every episode.

But, like Dexter, Luther isn't afraid to get quite dirty, and it's funny at times, too.

And it's got Ruth Wilson playing a sociopath. She's great, and she kind of looks to me like what a Simpson's character would look like in real life. 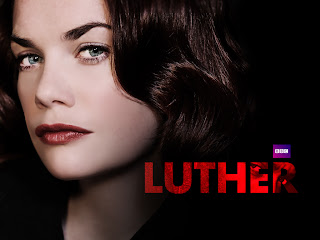 I'd say it's worth a watch if you're looking for something new ...