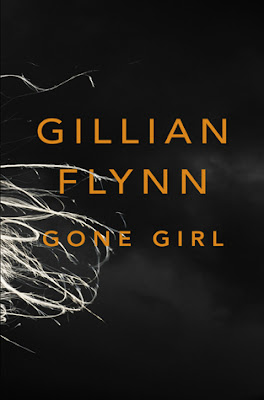 I finished this up a couple weeks ago, and forgot to tell you.

It's a really, really good read. For about half the book you have no idea what's going on, and then when you find out you're like: I did not see that coming!

I'll tell you the basic premise and leave the rest a mystery.

There's this couple, Nick and Amy. They've had some ups and downs, much like any married couple. One day, Amy goes missing. That's all I'm saying.

It's told from both their vantage points, to spice it up.

I'm reading three books right now; two because I couldn't quite get liftoff on two of them. Those are Jennifer Donnelly's Revolution, and Tony Robbins' Awaken the Giant Within. Got bored with both of those (sometimes my attention span is less than desirable) and started up on David Mitchell's Cloud Atlas, which I'm really enjoying, despite not having especially liked his other novel, Ghostwritten. It's written in a similar style. They're making Cloud Atlas into a movie that's coming out in late October.

Read any of these? What'd you think?