bachelor pad: i are good at spelleengh

This week each and every contestant helps perpetuate the stereotype that you can either be good-looking, or smart, but not both.

Perhaps they think that because they are good-looking, things like high school diplomas and college are unimportant. They're like Liz Lemon's dumbass boyfriend Drew, played by Jon Hamm, who's so beautiful he receives preferential treatment everywhere he goes, yet is so stupid he loses his right hand waving from a helicopter and the left playing with fireworks.

Before we discuss why these people are idiots, just a reminder that Rachel has become So Awful. She is mourning Michael's departure as though she isn't going to see him in three days. GET A GRIP DUDE.

Now. Our competition this week is a spelling bee. Oh, yes. The first words they are asked to spell are "love," "rose," "kiss," and "heart." 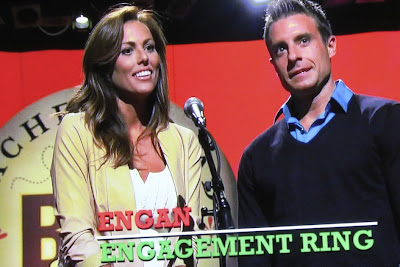 Definitely not these fools. 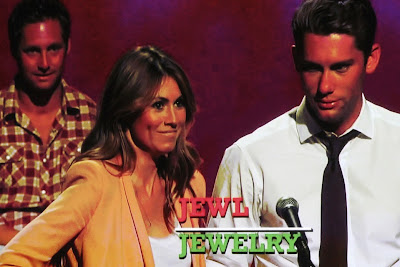 Before the competition, Kalon was like: FINALLY something I can win at!
But he forgot he is a total blockhead. 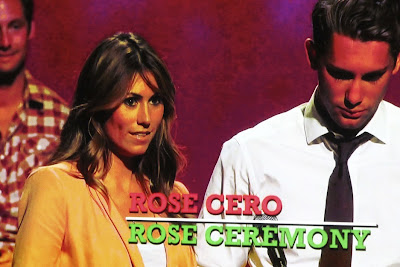 These two dunces were eliminated first. 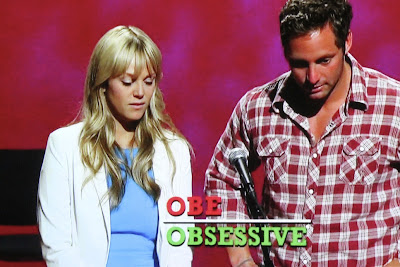 If you can move your lips to form words in the English language, you should be able to spell these words.
There is no excuse. 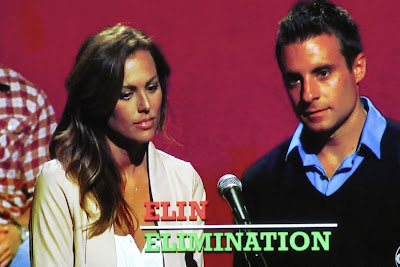 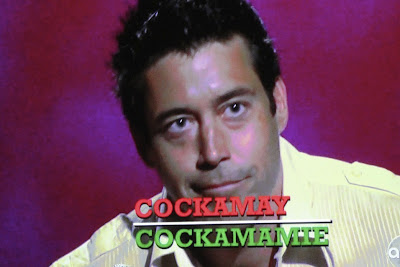 Ed is 100% unaware of the word "cockamamie" or what it means.
Which is ironic.

After many extraordinarily embarrassing misspellings, Chris and Sarah win. They are, of course, the last people anyone WANTED to win, because everyone hates them.

Anyway, they went on a date. 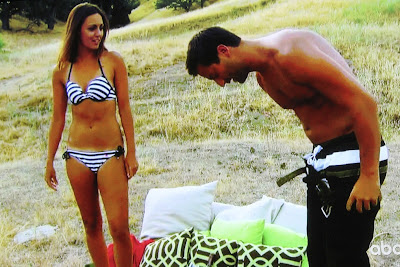 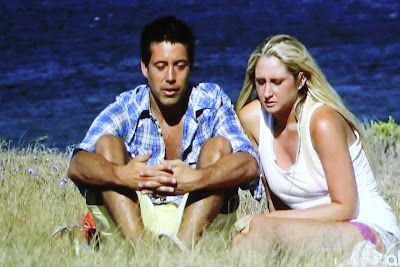 Then Ed and Jaclyn go on a date and he tells her he's seeing someone back home. He says it would be "childish" for he and Jaclyn to "put a label" on their relationship.
Personally I think it's childish for a 33-year-old man to stick his dick in every willing vagina, but that's just me, probably.
Jaclyn is disturbed but still climbs into bed with him later. Self esteem! You don't gotz it. 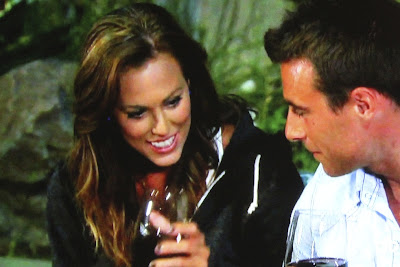 We think Blakeley is gonna dump Tony's ass so fast once this show is over. 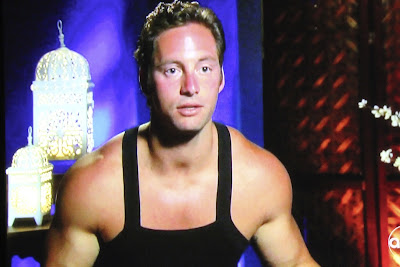 First of all, Nick is wearing one of those awful tank tops. Where are these guys getting these things?

Eww.
Anyway, Nick is complaining about Rachel because she's all boo-hoo I want to go home and see Michael and Jaclyn's like That girl is a Stage 7 earthquake, whatever the hell that means.

Long story short, Kalon and Lindzi are eliminated. They drive off together. 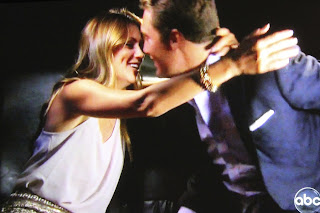 When is the finale of this stupid show?
Posted by Erin at 12:09 PM