All right. Let's jump right into the hot sludge. 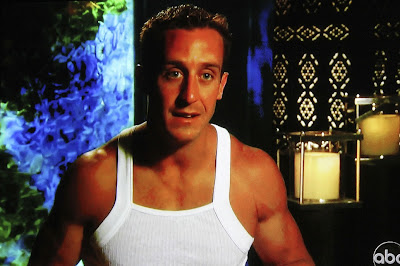 This is David. I can only presume that because he's a superfan, he saw Tool McDouchenugget wearing the same tank top and had to buy one for himself. 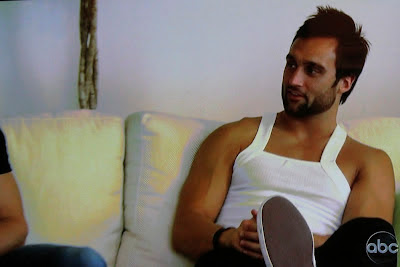 Remember? Yeah.
This is not a look we want to emulate, people.

First up we have our challenge. Chris Harrison says "Hot Sludge Fun Day" probably three thousand times, and then really gets a kick out of telling the girls to run in their "nut sacks." Its the little things, Chris.

In any case, to refresh your memory, Reid is trying to get Ed kicked out because he hates Ed because Jillian picked Ed over him and then Ed cheated on her, and you know what? I hate Ed a little for that, too. Ed needs to really fight for his life in this challenge. 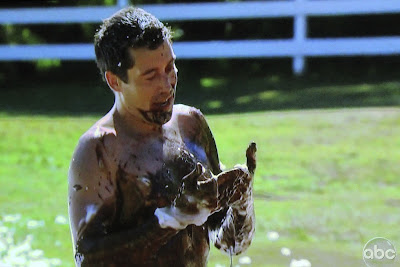 Unfortunately for him, he keeps slipping in the hot sludge, and never even finishes the challenge. It is entertaining to watch, though. In any case, this means he has a vote against him. 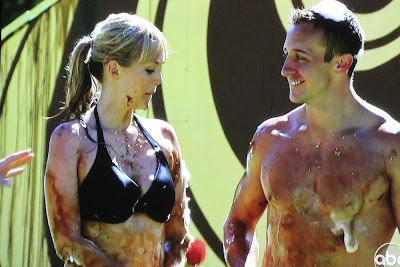 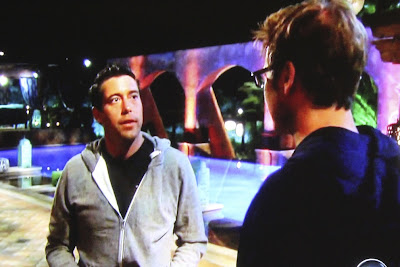 Back at the ranch, Reid is convincing Ed that he's safe. Ha. Why he's bothering, I dunno.
But Ed's buying it.

Newby David takes Jamie, Blakeley (who hate each other, by the way), and Erica on his date. To the prom. Yawn. 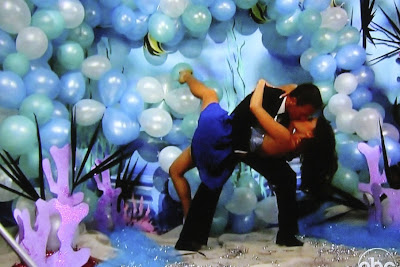 He dips Jamie and kisses her, and even though she appears to be kissing him back, here, afterwards she's all shocked: You kissed me! And he's like: Yeah -- what'd you expect?
Even though David is probably the nicest guy in the house and Jamie'd do well to hook up with him, she's one of these girls who needs to be with a guy who hates her. Someone like Chris! 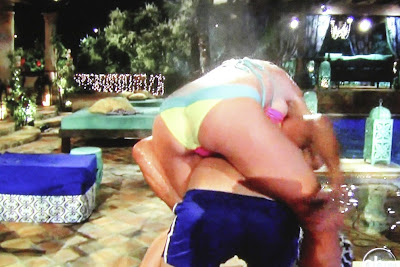 Back at the house, Ed is hauling his next victim off to bed. Sarah was fun while she lasted; at least before she tried to vote Ed off last week! Now it's Jaclyn's turn. Ed amusingly makes jungle sex noises during their rendezvous, which he also did with Sarah last week. It's a leeetle odd.


Then Rachel decides to take Michael, Tony, and Nick on her date. 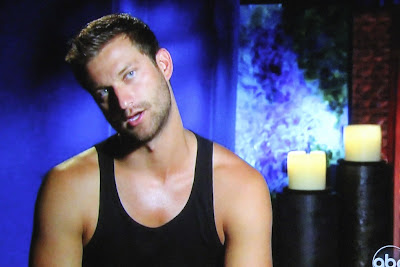 Chris thinks this is SO LAME.

Chris is looking like a real douche on this show so far.

Meanwhile, Jamie has conveniently forgotten about that one night when Chris was making out with Blakeley in the bottom bunk of the bed SHE SLEEPS IN, and that she had to climb into bed over them. No biggie. Time to go try to hook up with Chris. 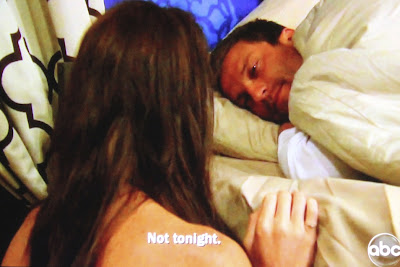 And he's like "Not tonight." And she's like, "but why?"
Girrrrrrl. Stop it right now. Why do you have such crappy self-esteem?
And he's like "It's not you, it's me." He actually says that. People SAY that??
And later, she's like: That's disappointing.
He's a douche! Walk away! 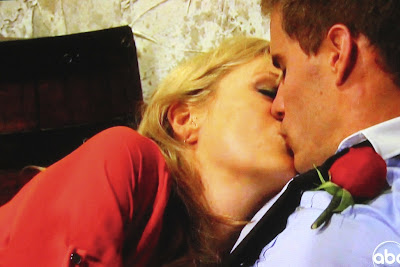 Then there's this whole stupid wax museum thing on Rachel's date. Long story short, she gives Michael the rose, and they kiss. Shocking, I know. 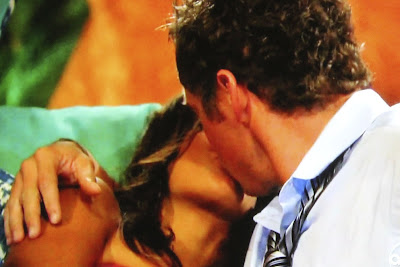 And on the evening of elimination, as big-boob Donna is lamenting not having hooked up with anyone in the house during her time there, Nick makes his move. 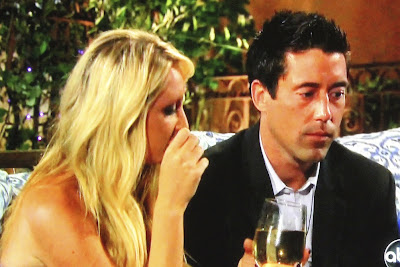 And Ed finally finds out Reid's trying to get rid of him. So he and Jaclyn (need your wine topped off, Jac??) make sure Reid gets voted out instead. 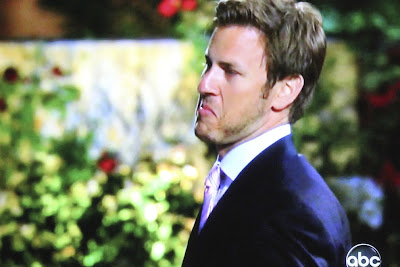 And Reid's like: Whatever. It's just a game. See you jackholes later. 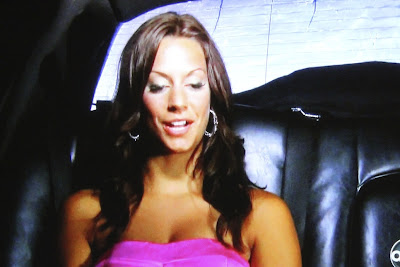 And Donna also gets the axe. It was between her and Blakeley. I wish they'd sent Blakeley home. Her neurosis is difficult to watch. Donna says the men will regret sending her home when she's not hanging out in her bikini by the pool anymore. Well at least SOMEONE'S self-esteem is intact! 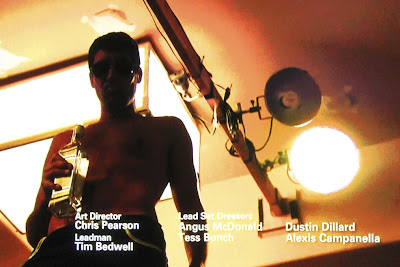 I'm really hoping that at some point the show is going to address the oddity that is Kalon & Lindzi.