the bachelor pad: the people have spoken

Well I'll tell you what.

The people have spoken and what they are saying is they like boobs.

I was fully prepared to never watch another episode of "Bachelor Pad" again -- and feeling really good about it! -- when I made the mistake of checking my stats. And what my stats told me was that I've gotten several hundred hits off searches like "donna bachelor pad" and "bachelor pad donna." The only other hits I'm getting on the Bachelor Pad review are off Lindzi and Kalon (which is, admittedly, a real freak show), but honestly people. Donna has done nothing of note other than be extraordinarily tan and buxom.

Anyway, the narcissist in me can't ignore these hits. I'll have to keep reviewing this shit if only out of sheer morbid fascination. Thankfully, tonight I discovered something that really helped me watch it. Like, a lot. It's called wine. It's purple and makes me feel warm and happy inside. 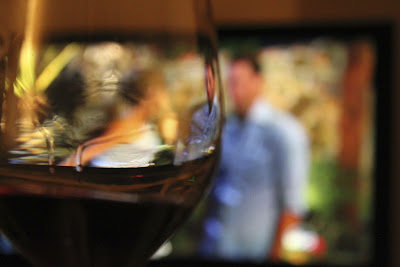 
Wine helped me realize that even though I thought I hated everyone on this show, I really love them. Every single one.

So for starters, since the Olympics are happening, it's time for us to look at Erica Rose's underwear. 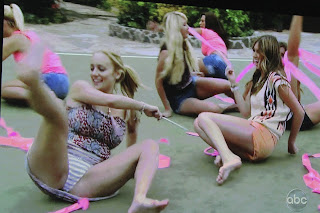 Or as some of us say, panties.
Well. At least she's wearing 'em! 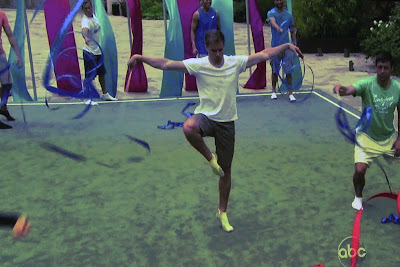 Michael is obviously gonna win this one. I think Ed (on the right) is just going to be drunk 24/7 this season. Which is fine with me. 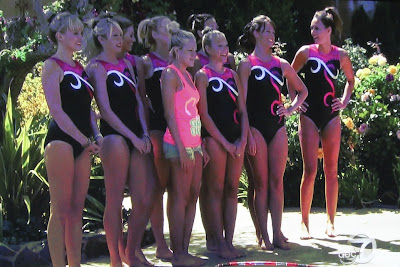 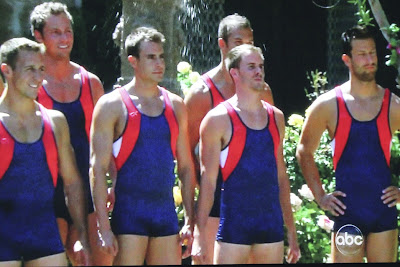 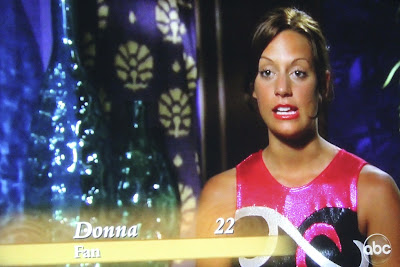 BUT LOOK. Here's Donna!! The lady of the hour.
She is proclaiming her love for Michael. She wants to win so she can take Michael on a date. She's not gonna win, though. 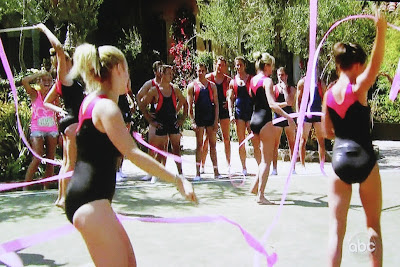 The ladies' routine was hella jacked. They lost. 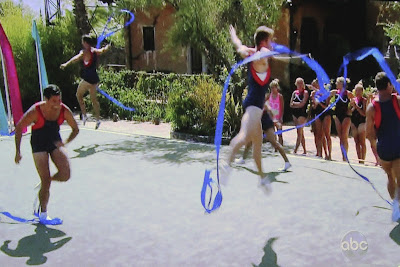 The men's was way better. Ed is still drunk, tho. 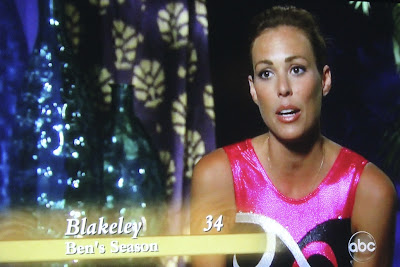 Blakeley won on the chick's side though. So now she needs to figure out if her partner, Chris, is really her partner, or if he just wants to bone Jamie. Honestly, I have no idea what he wants. 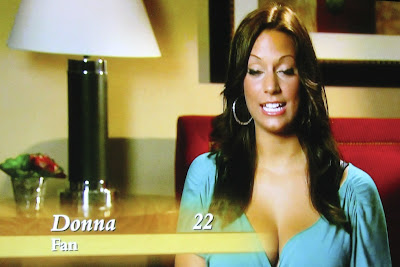 But here's Donna's boobs if it makes you feel any better! 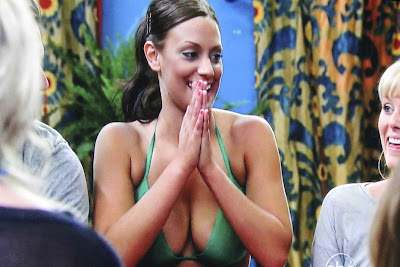 Oh, also: Donna's boobs. Michael decides to take her on his date, along with Rachel and Lindzi. 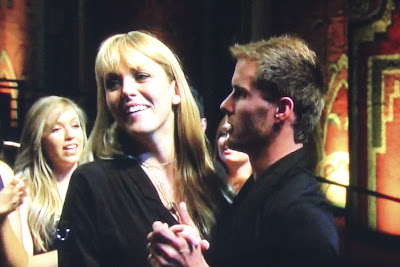 Unfortunately for Donna, Michael is into Rachel. 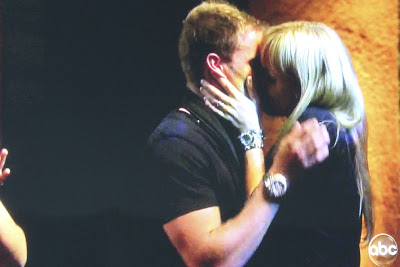 Her likes her eyes or some shit. 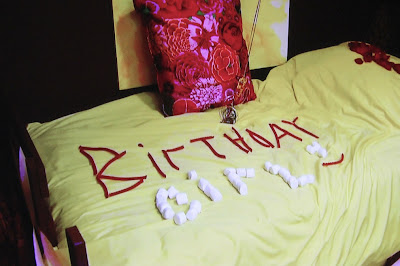 And then Ryan, who is a 32-year-old virgin, does this. Which isn't creepy at all. It's for Jamie. 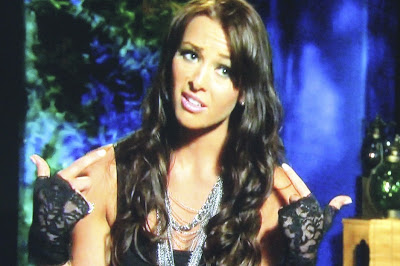 And Jamie's all: I'm totes the kind of girl you take home to mom and dad. B/c of my lace gloves, obvs. 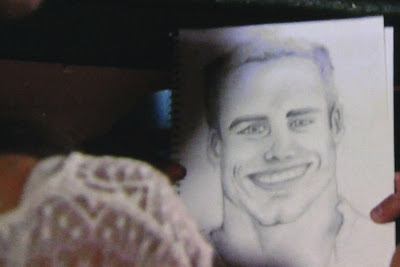 And then Donna is like: But Michael, I drew you this picture of yourself where your neck is really big and you're cross-eyed! 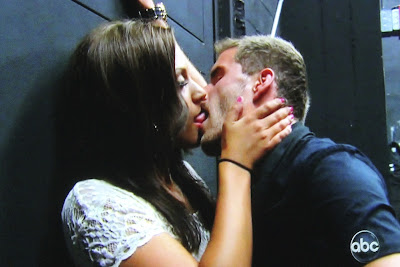 And Michael's like: Cool. I want to taste your tongue. 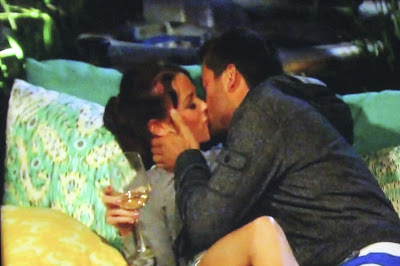 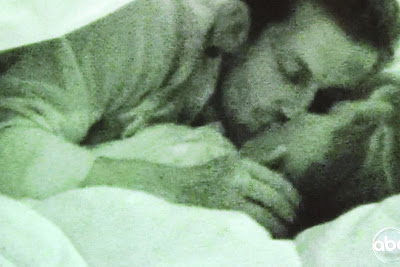 And then Chris is like: Imma kiss Blakeley in bed now. 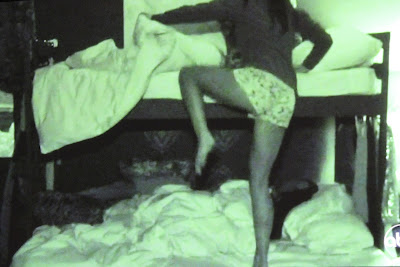 And then Jamie's like: *sob* I sleep on the top bunk where you and Blakeley are touching each other's naughty bits!

And I'm like: HAHAHAHAHAHAHHA *GLUG* WHERE IS THE WINE 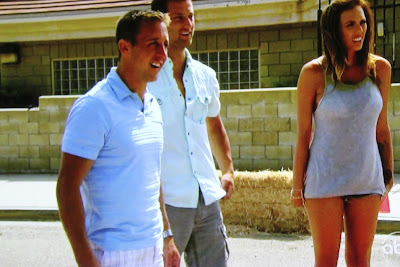 And Blakeley's like: I won and now I'm wearing ... I don't even know, dudes.
She took Chris, Ed, and the fan guy on her date. WTF is that guy's name again? 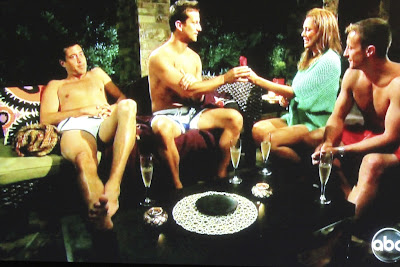 And then Blakeley's like: here's the rose, Chris. I'm gullible and shit! And Chris is like: thanks! I know. 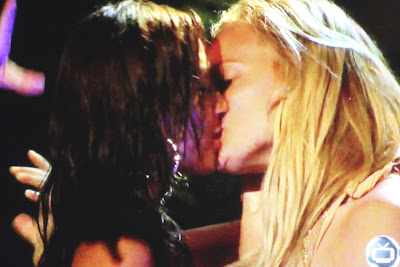 I have no idea what's happening here. Erica and Donna? This is never addressed. I just don't know. 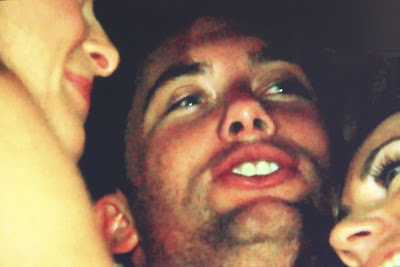 Also filed under "who the fuck knows" is this: Kalon with Lindzi and Jamie? 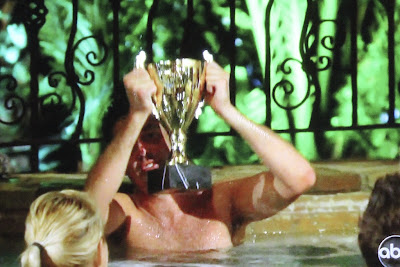 And then Ed's like: D'you know what vick-tree taze like? It taze so good. Here, taze it.

And then he fucked Sarah, while yelling about his "pickle." 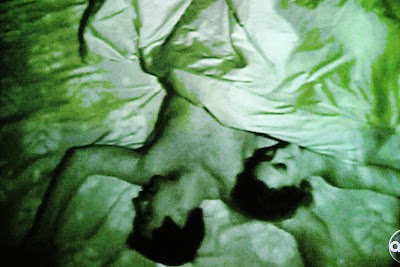 
Ok and then hella shit happened with the twins but long story short is they left. 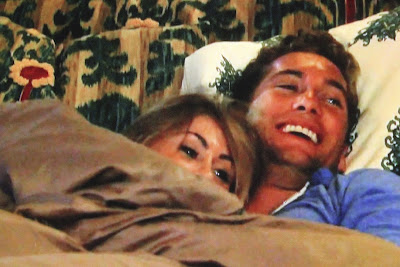 And Kalon and Lindzi thought it was pretty funny. 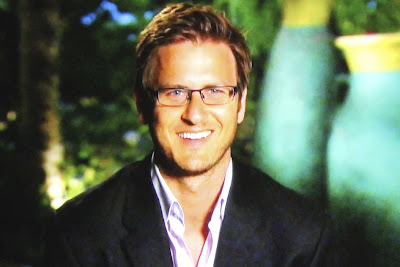 But that didn't work. So Ryan went home instead. He's the virgin.

Look, if it wasn't already abundantly clear, "Bachelor Pad" is no place for a virgin. It's frankly a miracle these people aren't crawling with STDs. (I assume they're not since I once read they are all tested beforehand)