I watched the latest episode on Tuesday, so I don't remember all the minutiae, but I certainly remember the basic storyline, and I recall the feeling of wonderment I ended the show with. 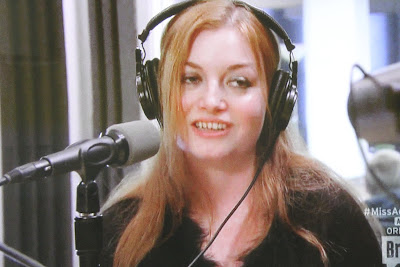 The show seems to always begin with the Creepy Guest of the Day on Emily's radio program.
Today it's a phone-sex operator.
Her guests make me feel icky inside. 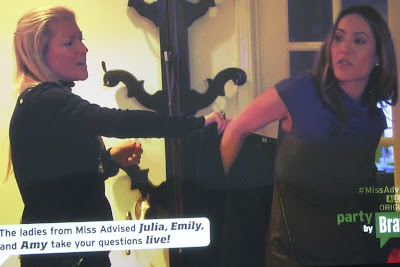 Then Amy goes and meets with a new client.
They have a conversation wherein they interrupt each other repeatedly.
Being interrupted is one of my top pet peeves.
I don't talk much, but when I do, ya better shut yer yap for long enough to listen to what I'm saying.
Somehow this just got personal.
Anyway, Amy tells this chick she's too masculine. Ok, whatever. 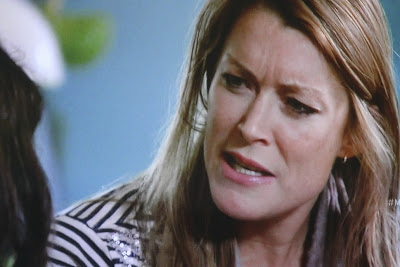 Emily's meeting with her buddy again, who seems to not understand that Emily doesn't care about her eggs drying up. Well, I tell ya what. Once you get your biological clock out of the way, anything goes! I guess you can just have sex with random strangers forever.
Oh, wait. Except eventually you're gonna be old, and random strangers might not want to have sex with you anymore. You can always have lots of cats, though! That's just as good as a lifelong relationship with a human being who loves you. 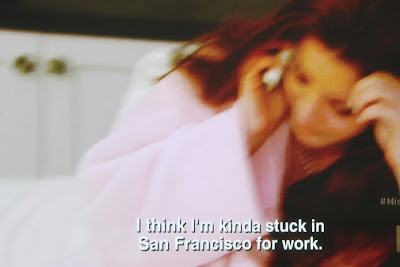 Julia went on one date with Andrew and he didn't hate her guts right away, so I guess that means they are in a deeply committed relationship and he needs to now fly down to LA to see her all the time? Especially for the awful dinner party she's having? She harangues him about why he's not coming, and he explains he has to work.
Have you ever noticed that with certain people, perfectly reasonable explanations are simply never good enough? These are probably the same kind of people who interrupt others constantly. 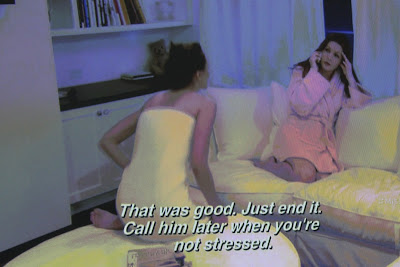 JP is the voice of reason and is like SHUT UP HANG UP LEAVE HIM ALONE YOU WILL RUIN EVERYTHING.  AGAIN. 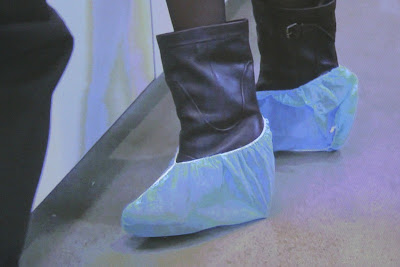 Then Amy goes to a party at her friend's house. Her friend asks guests to either remove their shoes or wear these awful booties.
Oh, hell no. 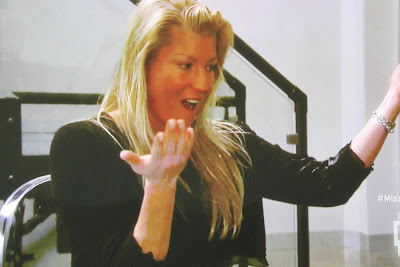 Amy's masculine new client is there and seems to want to argue. She might be drunk. Amy isn't having any of it. 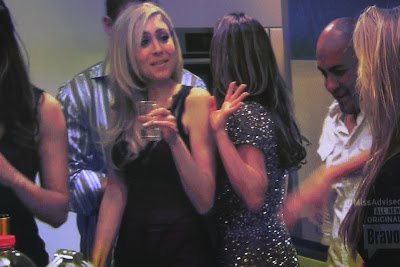 So masculine lady attacks another woman whom she feels is inappropriately dressed. What a c-word.
Honestly, I think that either this entire scene was staged and isn't real, or this woman is trying to get onto TV so she can be on the Real Housewives of Bitchdom or something.
Anyway, masculine lady leaves the party. 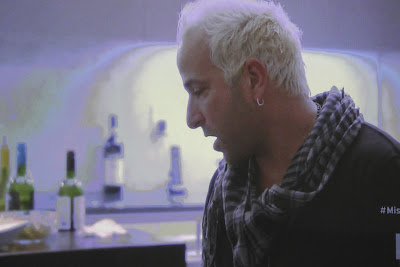 And this dude asks Amy out for an apple-picking adventure.
She says yes. 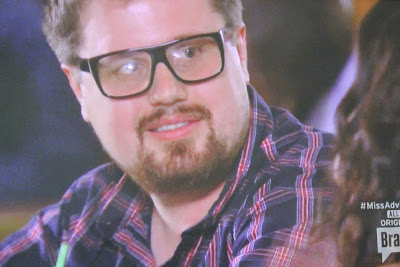 And then Emily and Menace meet for drinks and Menace wants to know if Emily's worried about her vagina drying up. She's not. 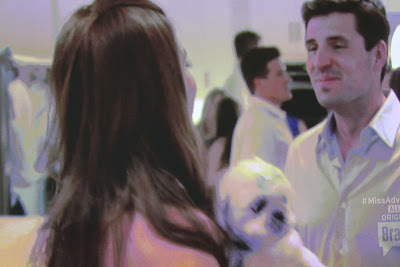 Julia's ex-boyfriend is at her party. Because they're BFFs. Everything this chick does is wrong.
Every.
Single.
Thing. 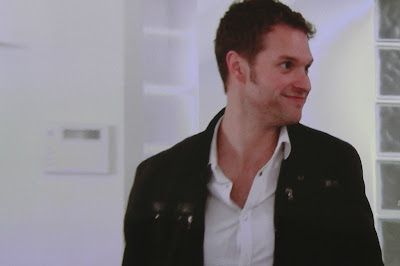 For some reason, Andrew decides to surprise Julia by showing up to the party, and Julia makes an enormous scene, rolling around on the floor, screaming. Please refer to the previous pic's caption. 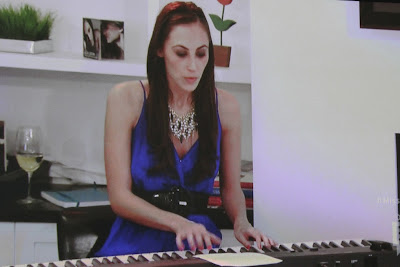 JP sings a song about Julia's 73-point checklist of what she's looking for in a man. Andrew meets none of the requirements, so I'm sure he's thrilled. Refer to above pics' captions re: her behavior. 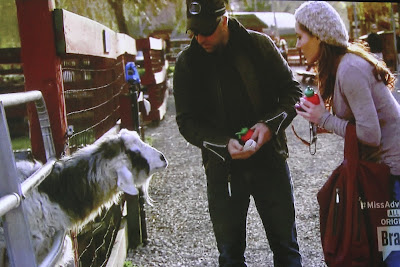 And Amy has a surprisingly nice date with this dude. He's not gonna get any action though, much less a second date, I bet. Nice guys finish last, amirite?!