That headline is for my husband, who feels that men should not cry on television. Personally I think that Emily is so hot, they can't help themselves.

This week they are in Prague, with three one-on-one dates, and one group date.

We begin with the woefully anticlimactic "confrontation" of Arie, who had a relationship with one of the producers ten years ago. Emily knows what's up because the producer told her. Now she wants Arie to tell her.

So she takes him to some statue where you rub a golden dog to be imbued with loyalty. 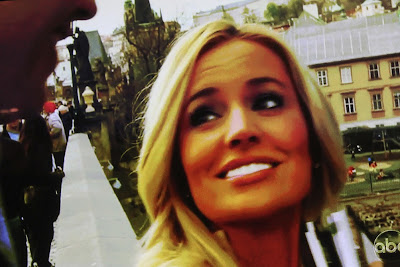 This is Emily's face when she tells Arie, "You should do it twice -- extra." Arie just laughs. 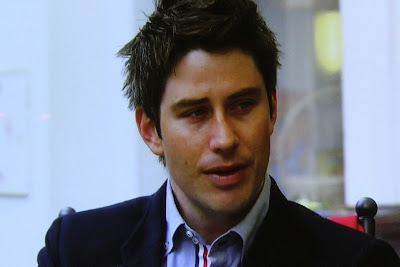 Then she spends a while dancing around the issue, asking Arie if there's anything he wants to tell her, and he's like, Yeah. I had my ex-girlfriend's name tattooed on my arm.

Then Arie, the producer, and Emily have some kind of off-camera chat (LAME!!) and suddenly Emily is once again putty in Arie's hands. He is purported to have said he didn't think his relationship with the producer was a big deal, and Emily says: "I should have given you the benefit of the doubt."

Anyway, Arie says he loves her, and she says that makes her happy.

The next one-on-one date is with Wolfie. 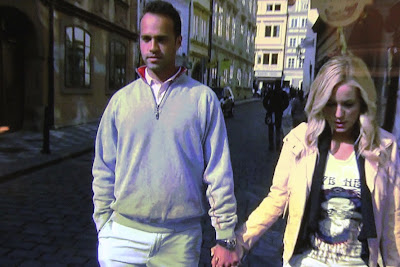 Wolfie wore khaki pants and this godawful sweater on their date. Dude. At least wear a jacket.

As my husband would say, Wolfie has the personality of a piece of wood. I think we all see his imminent demise, although he amusingly does not.

Meanwhile we cut to Chris, who's been bitching and moaning and driving all the other dudes nuts about how he hasn't had a one-on-one since Charlotte. Dude. Shut Up. 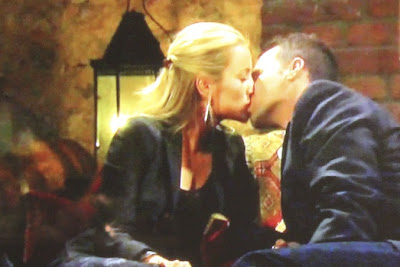 Wolfie finally gets a kiss, and now he thinks he's in it to win it.

After Wolfie comes home from his date, Sean runs off, literally running through the streets of Prague, shouting Emily's name. He finally "finds" her (suuure, Emily was just out for a walk, alone, in Prague) and looks so damn pleased with himself. 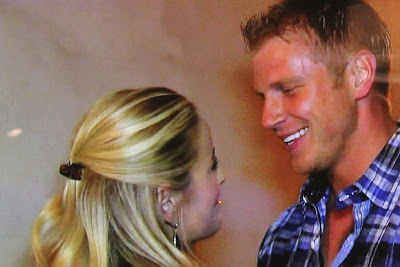 For the entire time they are together they are either grinning hugely or making out.
I suddenly feel nervous. Sean could be the one.


Now it's time for the group date. Oh, lordy. Here we go.

Emily finally realizes Doug is never gonna make a move. We see clips of Doug saying he's waiting for her to literally tell him to kiss her. DOUG. I love you but sheezus, man. You need to make the first move, always. Always. Always. (This is in case Doug ever reads my blog)

So Emily's like I'mma send Doug home. And she's explaining to him why, telling him he's never tried to kiss her ... 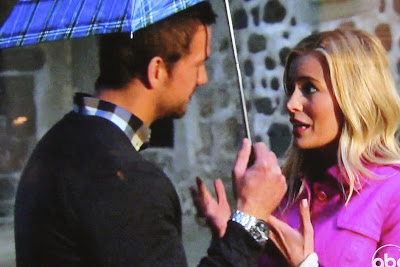 And then he kisses her while she's trying to give him the boot. This is the look of terror on her face when she realizes what's about to happen. I screamed, "NOOOOOOOO! Douglas!!!! NOOOOO!" and my husband had to turn away; he was so embarrassed for the guy. 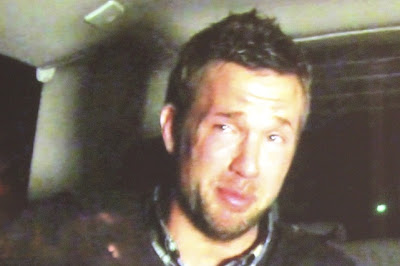 
And then Emily gives Sean the date rose, and Chris throws a fit. "I am pissed off. It's insulting." Dude. You are on THE BACHELORETTE. It's obvious to everyone except you that you are not even in the top THREE. 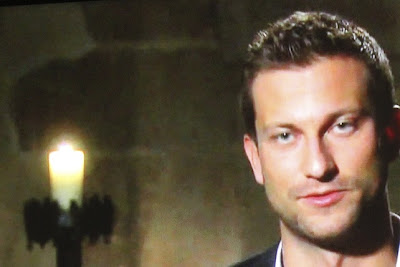 Chris: "If I don't get a hometown date, I'll be sorry for anyone around me."
1. This smacks of Brad Womack temperament.
2. He's too young and can't control his emotional reactions.
3. Dude needs to go.


Now it's time for Jef's one-on-one! You all know this was my favorite part. I am a die-hard Jef fan.

He says: "I think I'd be the luckiest guy in the world to be with Emily." Awwwww.

They go to a creepy marionette store and buy marionettes, and Jef picks up an extra one for Ricky (Awwwwwwwwwwwww!) and then .... And then they have a really bizarre conversation via their marionettes. It makes me really uncomfortable. But I got over it. 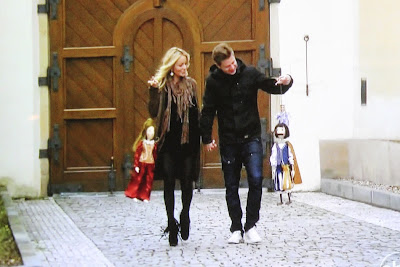 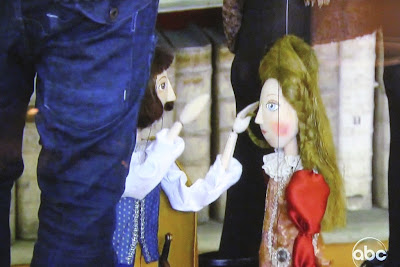 "I am one million percent in love with you," Jef's marionette says to Emily's. Awwwwwwww.

And then they laid on the floor and kissed and he said "I wanna date you so hard and marry the shit out of you," and then I died.

Other important parts of their date:
- They've decided they do not want to live together before marriage.
- They both want children immediately.
- He is apparently some kind of non-practicing Mormon. She is Christian. I don't know ... I think both religions are equally nuts, so maybe they can make it work.

Meanwhile, Chris continues to torture himself. He's crying for some reason. He realizes he may have blown it with Emily. So, because she canceled the cocktail party, he interrupts the rose ceremony to tell her he should have been more respectful. And then her choices are:

Jef, Arie, and Chris. Sean already has a rose from the group date.

Next week is the hometown dates. Oh, boy. We see a clip of Arie driving his race car (WHATEVER), Chris talking about his "crazy good feeling," and Jef running toward Emily. We hear her crying and saying she doesn't want to hurt anyone.