So I admit it.

I can't resist recapping another season of this swill. It keeps me entertained. Whether it keeps you entertained is altogether another question. I don't expect this season to be as fun to recap as The Bachelor, because as we know, bitches be crazy, and there's only one bitch on The Bachelorette, and from what I've deduced, she is a refined southern belle who's never engaged in a nasty catfight. 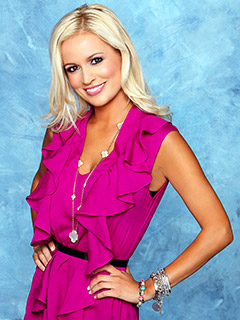 We all remember Emily, 26. She's the kindhearted beauty from Charlotte, NC, whose race-car-driving fiance died in a plane crash seven years ago. She discovered shortly thereafter that she was pregnant, and has raised their daughter, Ricki, by her lonesome since then. Well, there was that short stint with two-time screw-up Bachelor Brad Womack, whom, it turns out, has anger issues.

It seems to me The Bachelor franchise and all the dudes who have ever wanted to be on The Bachelorette have been frothing at the mouth to get at Emily, and for some reason the poor woman has finally agreed to it. Proof they wanted her as their bachelorette in a big way: They moved the whole kit and kaboodle to Charlotte, to film in her home town! Also, the men would not shut up about how beautiful she is and what a genuinely delightful person she is. They were all immediately smitten, so basically they're all screwed.

(By the way, before I forget, can we start a drinking game? Every time Emily says "Golly," you slug one back, k?)

Let's start out with the three men I've chosen as my top contenders. I picked these dudes before she gave out the first impression rose or handed out the remaining roses for the evening. So far, so good. 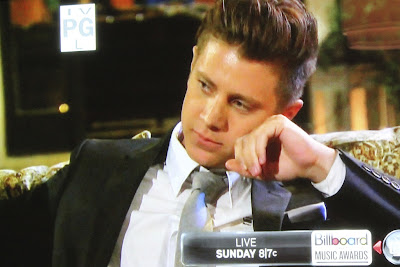 Here's my top pick, Jef. I wanted to hate Jef, because of the one "F" and the pompadour, and he also rolled up on a skateboard and then threw it into the bushes. All things that grate on the nerves.
But then I was like, somehow, this dude is pulling this off. We'll see if this continues.
Oh, also, my family room lamp will, as always, have a starring role in this season's recaps. 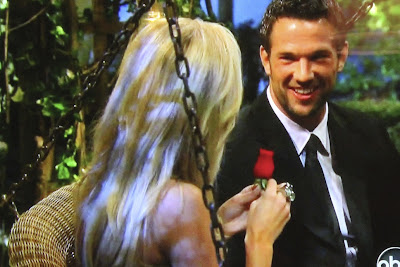 #2 pick: Doug. Seems like an all-around nice dude. He's from Seattle.
He has a 12-year-old son who wrote Emily a really cute letter. 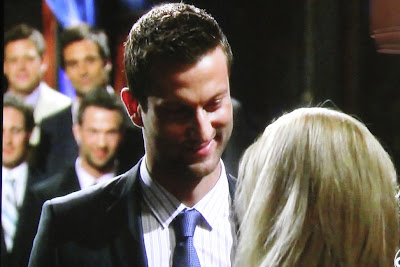 #3 pick: Chris. He got the first rose during the rose ceremony.
He told her he prayed to god she would give him a chance.

You know what?  Imma throw one more in there. 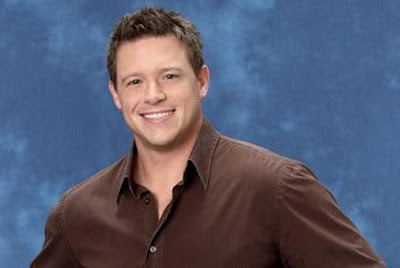 #4 pick. Charlie. He's one of these dudes that fell off a balcony.
You know, it seems like you hear about these people all the time, falling from balconies that collapse. Let this be a lesson, kids: DON'T STAND ON BALCONIES. I'm dead serious. It's unnatural.
Just like flying in airplanes.


All right. Let's move on to other memorable moments of the evening. 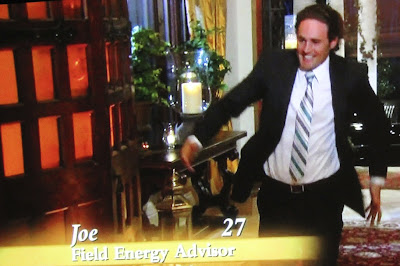 Joe did some weird dancy-walk thing when he was meeting her. He later said he didn't remember a thing about it because he was so flustered. Well, golly, Joe. Emily's radiant beauty will do that to you. 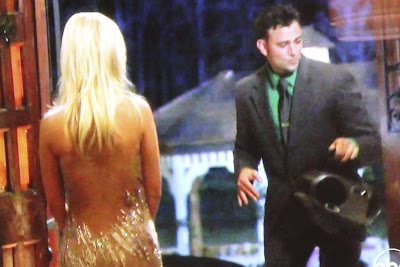 Stevie. I do have a problem with a grown man who calls himself Stevie.
He's a "party MC," (does that mean wedding DJ?) and here he is dancing and holding a boombox.
Shockingly, Stevie made it through the first round. 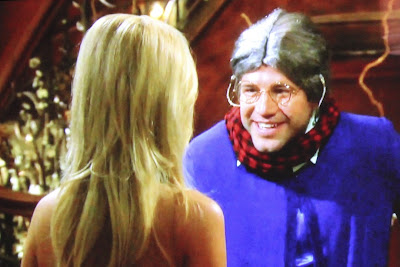 Randy. He dressed up as a grandmother, for god knows what reason.
He didn't make it through the first round. 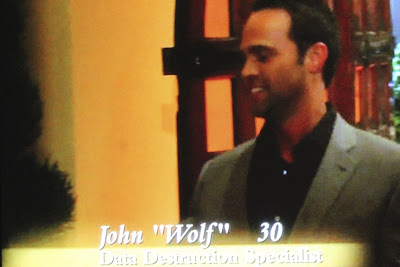 John, "all my good friends call me 'Wolf.'"  You've got to be fucking kidding me. He's still in. 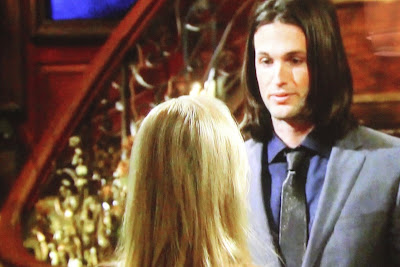 Oh my golly goodness, ya'll. I just figured out who this guy reminds me of. 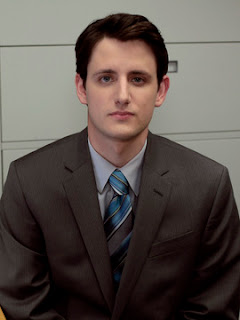 This guy. That long hair isn't fooling anyone, my young musician friend. Anyway, dude's name is Mike, and Mike, Pearl Jam telephoned from the early '90s, and they want their hairstyle back.
Thank you, everyone, I will be here until the end of time. 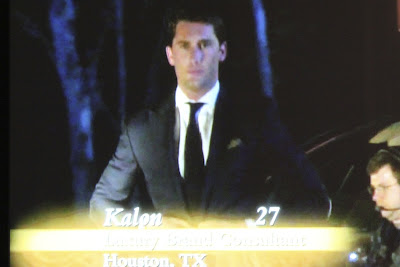 Let us not forget creepy Kalon. Dude arrived on a helicopter. His face doesn't move. He's odd. Somehow he's still in the game. 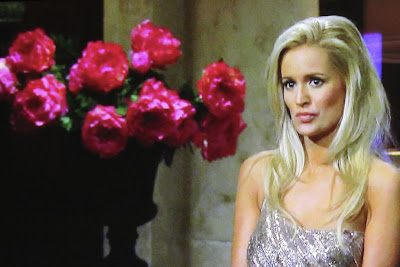 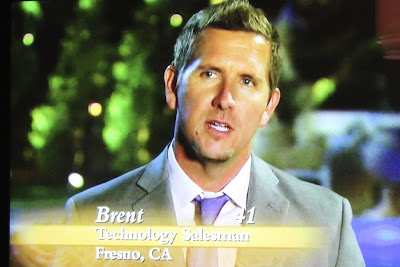 This dude has six kids. SIX. He got the boot. Shocking, I know.

Did you watch? Who are your top picks?