'Twas a weekend of crockpotting.

And a successful one at that. First is the obvious crockpot dish -- corned beef. You throw the meat and spices in the pot, throw in some water, cook on low for 8 hours, and bam, done. I use the meat water to boil potatoes, carrots, and cabbage, and then we feast. 'Tis a tradition. 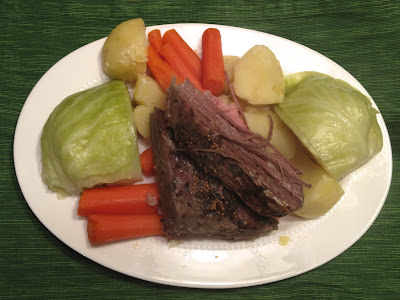 A portion of our Irish feast. The remainder is in the pot.


But this next crockpot recipe is something new I found on a website called Pinterest. Maybe you've heard of it.

Of course you've heard of Pinterest. You either think it's the best thing you have ever seen in your entire life, or 'twill be the ruination of the human race. Related: Why does everyone have their panties in a bunch about Pinterest? Humans! Silence!

This recipe is aptly called: Crockpot Chicken Tacos and it comes from a blog called Chocolate Therapy.

Here is what is awesome about Crockpot Chicken Tacos: 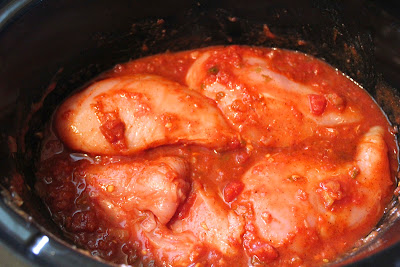 Yes, that is raw meat. Sorry.

The crockpot portion of this recipe contains three simple ingredients:

1) Chicken.
2) a packet of taco seasoning.
3) a jar of salsa. I used Herdez. When my husband tasted this he asked me to remember to always use Herdez because this recipe is the shitty bomb. That's a good thing, by the way. 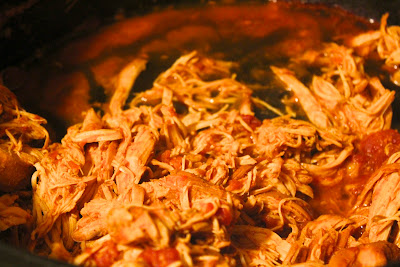 Raw meat turns into THIS! The breasts get very tender and you can shred 'em up in a jiffy. 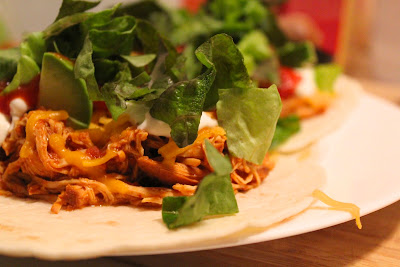 And then ... you slap the chicken in a small flour tortilla, throw on whatever you like ... I used lettuce, salsa, avocado, cheese, and sour cream. Tomatoes would be nice but I was out. 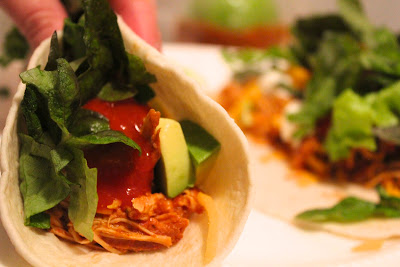 As I said, it is the shitty bomb. In a really good way. 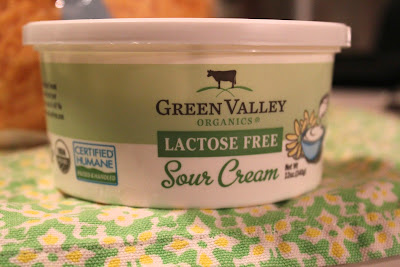 And in case you are unaware...
Green Valley Organics is making a really delicious lactose-free sour cream these days.
This is a godsend to my husband, because regular sour cream makes his butt explode!