I think we all agree this is the absolute worst season of The Bachelor, and probably the worst season this particular franchise has put out -- including all the awful Bachelorettes and Bachelor Pads.

1. Ben is vapid. He has zero tact and his vocabulary sucks. He overuses the word "incredible" to the extent that if we'd decided to take a shot every time he said it, I'd be dead right now.
2. Courtney decided to stop being a bitch. You put it out there, girl. Own it. If you think any of us are buying this Sweet Courtney act, you highly underestimate us.

Anyway, let's talk about a certain three hours of my life that I can never get back.

We start off with Ben's mom and sister, who seem like two very normal, kind people. I cannot possibly get over the fact that Ben's sister looks like him in drag. 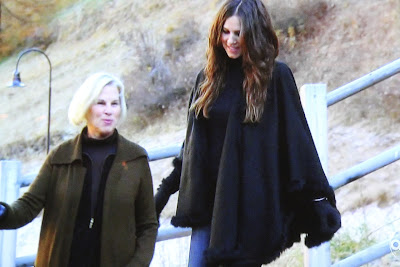 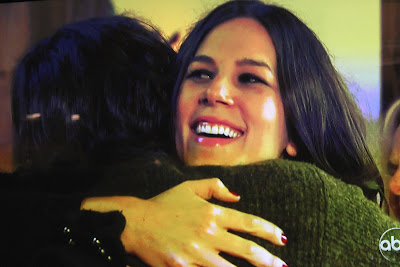 It's not her fault. If I met her and I'd never had the displeasure of seeing Ben, I'd think What a pretty girl! Unfortunately now all I see is Ben wearing lipstick.

Ben's sister wisely says the fact that Courtney didn't get along with any of the girls is a "red flag." All of America agrees and shouts as much at their TV sets. The sister and mom are wary of Courtney being a model and his mother reminds him of something she says often: "Beauty is only skin deep." This is a clue, folks. Ben thinks with his little head, often. He's always going after the cheerleaders and ignoring the equestrians.

Lindzi is the first to meet Ben's family. We all know Lindzi is making the best first impression a person could possibly make on someone, at least the best impression you can make with a giant zit on your chin. 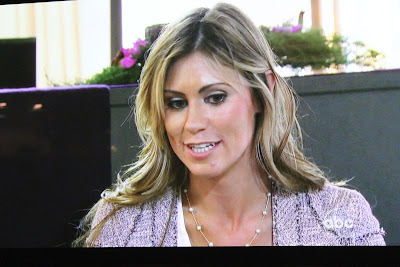 That is totally something that would happen to me.

Lindzi had a HUGE opportunity to throw Courtney under the bus when Ben's sister straight up asked her why Courtney was such a ho. But, no. Lindzi took the high road and was all: "We're very different people." Understatement of the season.

But then following some enormously uncomfortable conversations between Courtney and Ben's family, suddenly his sister and mom are all gung ho on Courtney. I don't believe for a second they actually liked her. There was no video evidence that they liked her, at least. I think Ben told them: Look, I'm picking this bitch and kicking the other one to the curb. Make nice and act like you like her.

There's a lot of filler programming at this point, during which I eat a sandwich and play a few rounds of Draw Something. The top two things I noticed during this portion of the show:

1) Ben and Lindzi's chemistry is so awkward. Lindzi is saying all the right stuff but her eyes are totally dead. Someone is slipping her hundred dollar bills to keep on humiliating herself. My husband remarks: "This is hard to watch because he hates her so much." And it's true. Ben seems completely disinterested.
2) Courtney reads Ben a thoughtful love note straight from her blackened heart. He says it's "nice." I'd be like, "Nice? You thought it was 'nice'? I'm sorry, I need someone with a better bank of adjectives."

Then comes what we've all known was just around the corner. Rejection city, baby. 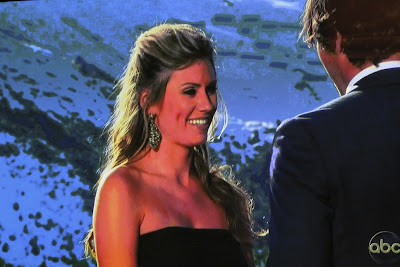 What's up Lindzi? You're a total babe but Imma get with that other snatch. 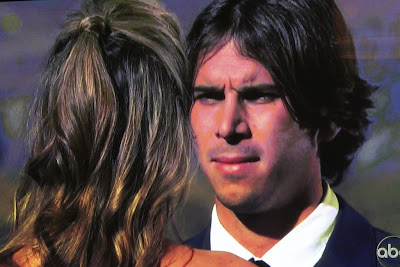 Dead eyes while she's proclaiming her undying love. A producer slips her a fiver. 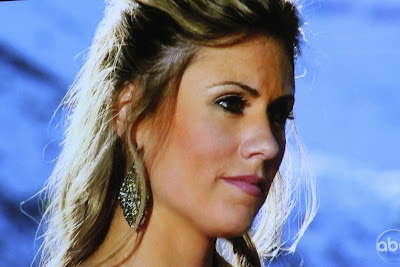 This is the look of true shock, wouldn't you say? Actually, no I wouldn't. She could barely muster the tears. Because it's all a sham, people!!

Lindzi says if he marries Courtney, he's a "total fool." Correct! She also tells him if it doesn't work out with Courtney to give her a call. Lindzi, how about you take some of that money the producers have been giving you and go buy some self-esteem instead? 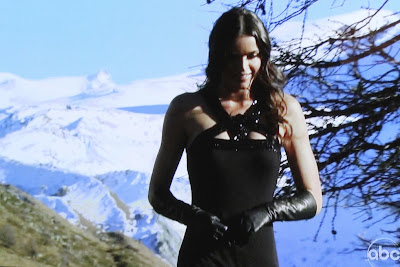 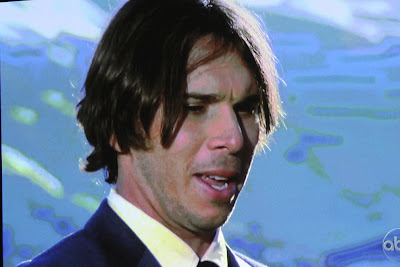 And our hero is like, your black leather gloves took my breath away. 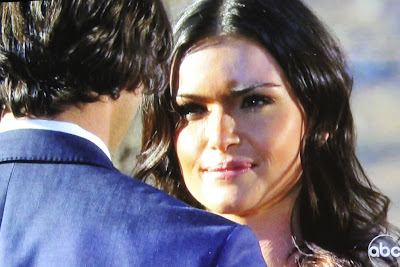 And she's all: I really want to move that disgusting piece of hair off your forehead right now, but instead I hope you interpret this facial expression as adoration. 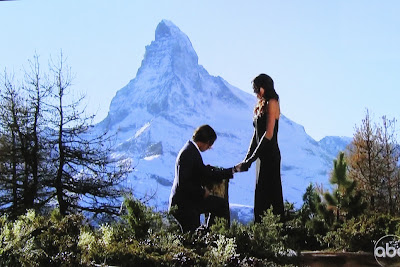 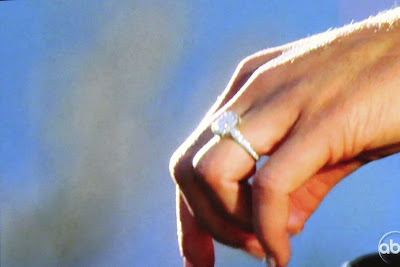 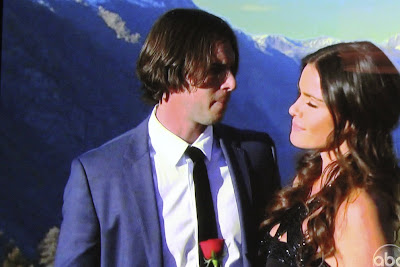 
Then we move on to "After The Final Rose." 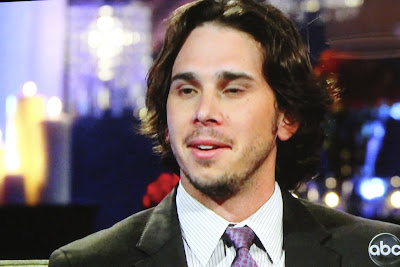 Ben's hair is slightly longer and he looks like a cross between a pirate and a chipmunk.

Ben says the Courtney he saw on TV is not the Courtney he knows. He says they broke up during the airing of the show. He CLAIMS he has not cheated on her and that recent photos of him making out with other girls are old photos/not him/it's him but they're not kissing in the photos. He seems unsure of which lie to go with. 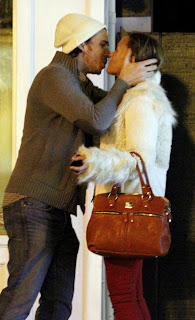 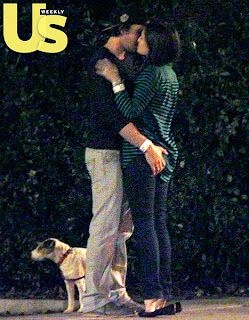 is not him kissing other women.

Ben says when these photos appeared in the tabloids, Courtney went out and tried on wedding dresses to throw everyone off. 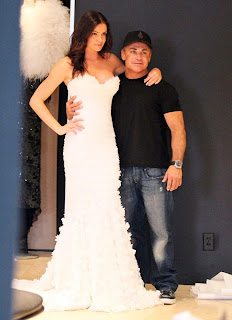 Which is certainly confusing.

Then it's Courtney's turn to come out. Everyone boos loudly.

Chris Harrison LITERALLY ASKS THE AUDIENCE TO WITHHOLD THEIR JUDGMENT OF COURTNEY UNTIL SHE'S SAID HER PIECE. (peace?)

And I'm all, Chris Harrison you are smoking crack rocks. 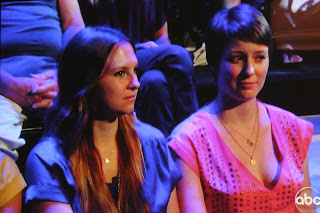 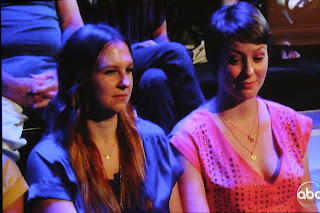 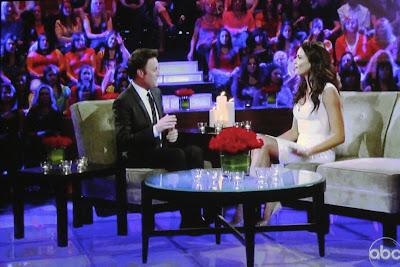 And then Courtney shows up. She looks like a million bucks. 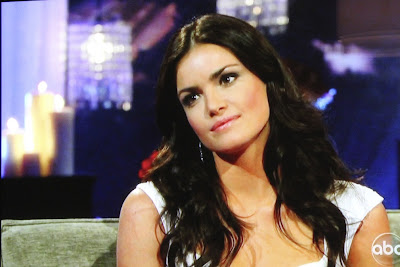 She says Ben abandoned her during her time of need. Kick his ass to the curb then! 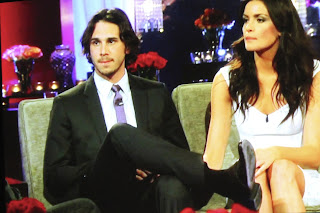 They decide they are still engaged. They deserve each other. 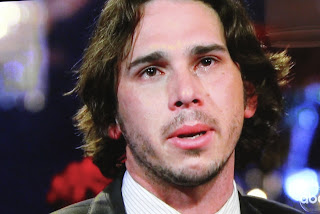 Ben appears to show genuine emotion, which is more than I can say for Courtney. Courtney makes plenty of crying noises, yet nary a tear falls from her eye.


Guess who doesn't show up at the After the Final Rose taping? LINDZI. Doesn't the second to last girl usually get to be on that show? Poor Lindzi. She got robbed.

In conclusion, this season sucked donkey balls. I honestly don't know if I can/should recap these things in the future. Maybe once I've recovered from Ben's season I can, but for now I am majorly disillusioned. I mean, I realize the entire premise of this show is bonkers, but it's often much, much more convincing than this season was.

For now, 'tis time for us all to put the damn thing out of our minds.