The Bachelor, Ep. 9: Vaginas open up

I KNOW YOU DON'T CARE ABOUT THIS SEASON OF THE BACHELOR ANYMORE.

Neither do I. But I got myself into this, and there's no turning back now, much as I'd like to. Honestly, if I didn't feel obligated to see these recaps through to the end, I might have stopped watching. I just hate them all that much.

How much do you hate them? you might ask.

Well, so much that I fast-forwarded through about the first 15 minutes of Ben talking obnoxiously about what he likes about each woman. Look, dude. We all know you are going to pick Courtney. Stop jacking us around and just get down to business.

Now, for starters, I just have something I want to reiterate. 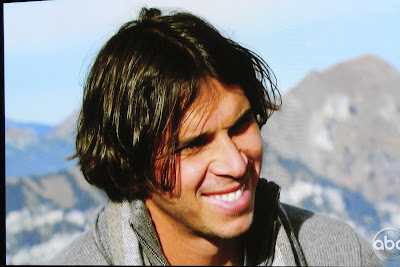 TWENTY FIVE BEAUTIFUL WOMEN COMPETED FOR THE AFFECTIONS OF THIS MAN. 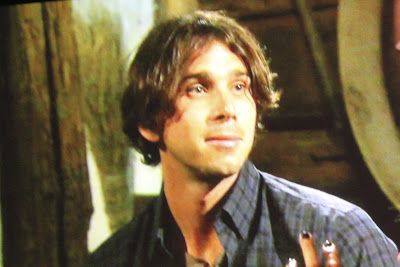 THERE HE IS AGAIN.

Ok, now we can move along. This week they are in Switzerland for the vagina dates (also known as the overnight dates). This is when each woman shows Ben her vagina and he then gets to choose which one he likes best. Literally! Courtney has a leg up this week since Ben has already seen her vagina and decided he definitely likes it.

The first vagina date is with Nicki. 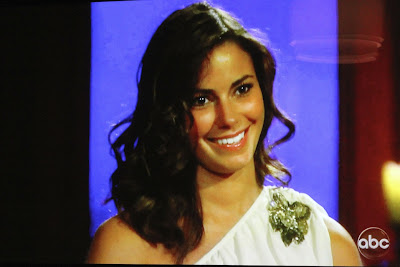 Nicki is arguably the cutest, nicest, and most normal girl left. Which means her ass is grass.

Of their date, Ben says: "When we hang out together, you can feel the love." What the fuck does that even mean?

He tells her he wants 4 kids. Ha. Hahah! Today a 10 week old baby blew Chipotle farts in my face for eight hours. Yesterday she screamed in my face for two hours. I suggest he start with one and let us all know what he decides after that.

Ben says he admires Nicki's confidence, and he says, literally: "Confidence is something I've been looking for in a woman my entire life!" REALLY. He came tearing out of his mother's vagina on the prowl for a confident woman.

What bothers me most about Nicki and Ben's vagina date is that I think this is the first dude Nicki has hooked up with since her divorce. What a waste.

The next vagina date is with Lindzi. 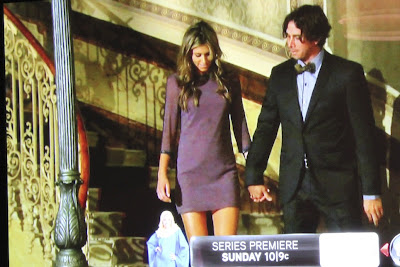 They embark on the least extreme extreme sport I've ever seen, as they slowly lower themselves into a canyon while they sit in harnesses. If I were a monkey, I'd be throwing poop at the TV by now.

Ben says: "I see myself with her for the rest of my life!" LIAR. 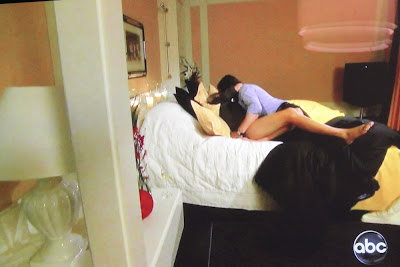 The most disturbing part of Ben and Lindzi's date was this .... spectacle. Does Lindzi have enormous feet or is that just the camera angle?

Next up is Courtney's vagina date. 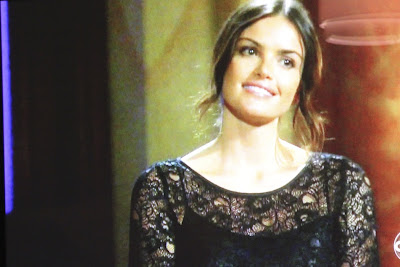 Ben does the only right thing he has ever done in the history of him being alive, and he tells her the way she treated some of the girls was "messed up." She apologizes. Ben accepts, and then he shows her his penis. Again.

The most annoying part of their date was that Courtney has done a complete 180 personality-wise. I have no idea who the hell this bitch is, but I know she scares me and she might be a psychopath.

Then Kacie B shows up. Girrrrrl. What a drama queen. 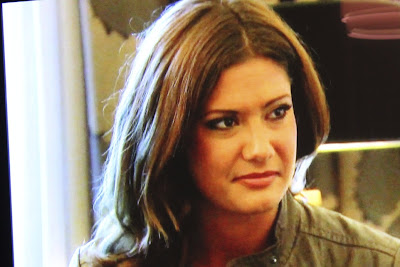 I decided to humiliate myself on national television
because I need "clarification" on why Ben doesn't love me!!

Ben tells her some dumb song and dance. What we all know is 1) He was never gonna pick her because he's always had his eye on Courtney and 2) Her parents are crazypants. Good luck finding any normal dude to marry, Kacie!

Then, because Kacie is the Princess of Nice, she tells Ben Courtney will break his heart because 1) "She's in it to win it" and 2) Courtney thinks if it's not Ben, there are other fish in the sea.

Vague enough for ya?

Then she goes and lies down on the floor. 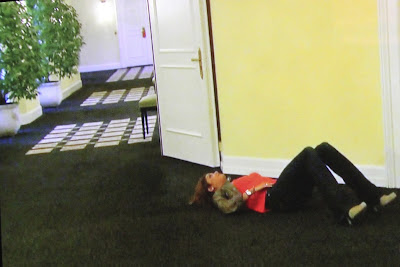 Mature! You are ready for marriage. 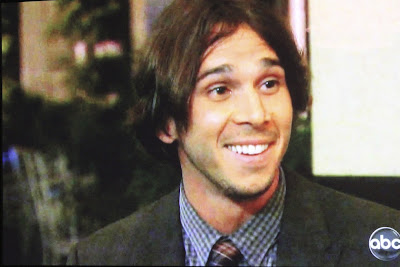 This is LITERALLY the look on Ben's face when he is telling Nicki why he is cutting her.
Also, fuck his hair. Hard. 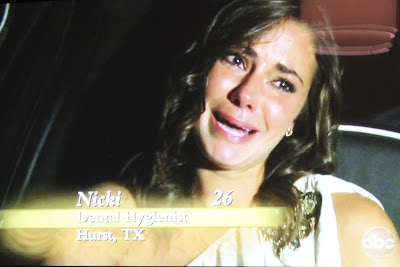 Nicki's upset, but we all agree: You dodged a bullet, girl!

Other shit that happened during this episode:

Emily talks about her upcoming season of The Bachelorette, which I will NOT be recapping. I am worried her season is going to be very Oh dear me, where are mah smelling salts!? You know? Like, not very empowering for women to watch? I just want to shake her and be like: Get a grip, Emily! For fuck's sake. If I looked like her, I would be wielding an unholy amount of power. 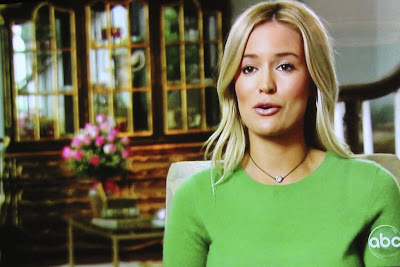 Next episode is the "Women Tell All" episode. I'm not recapping that shit, you guys. No one cares, right? And then for the finale, they're saying it's the "most controversial finale in Bachelor history!!!" Really?! More controversial than the time Brad Womack dumped both of the final girls? I highly doubt it.