Firstly, sorry this is up late today! I am in baby training -- learning how to keep a small human alive -- because I start babysitting next week. That's a whole other blog post.

So this episode was practically narrated by the increasingly evil Courtney, and I'll be quoting her extensively throughout. By the end of the program I was pretty disappointed, and you might already know why. 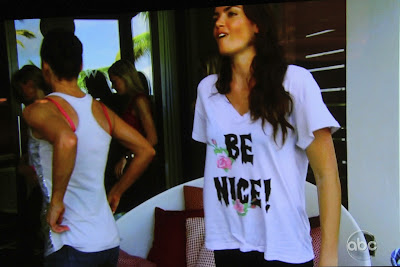 The irony is piercing. Also: she is not pretty. End of story.


The first one-on-one date is with Nicki, who wears a dress I don't consider flattering. Luckily, there's a torrential downpour and she has to buy a new one. She ends up wearing a blanket and flip-flops. 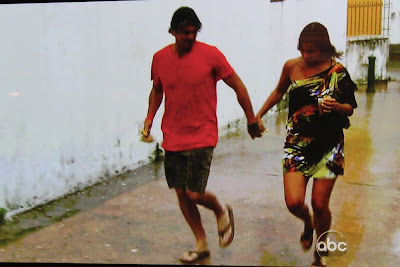 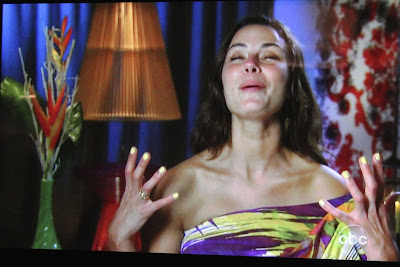 Omagawd ya'll, it was rainin' so hard. Also, I chose a shitty nail color. 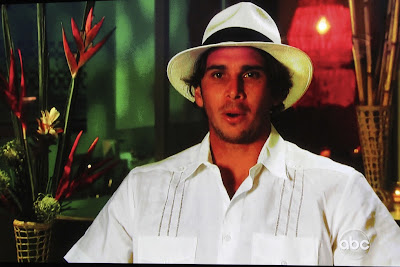 Ben ended up in this douchey Colombian drug lord costume. In case you're wondering, I do still hate his hair, passionately.

My friend Minal suggested last week that Ben looks like Rafael Nadal. I definitely see it. 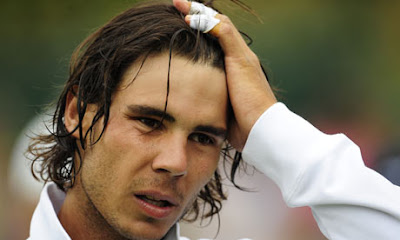 Ben actually wishes he was as hot as I am.

Anyway, Ben's date with Nicki went fine. She got the rose.

Next up is the worst group date ever, where the girls switch off into teams and have to try to win a baseball game in order to spend more time with Ben later in the day. Courtney uses her evil succubus powers to win, unsurprisingly, and Blakeley is really upset. 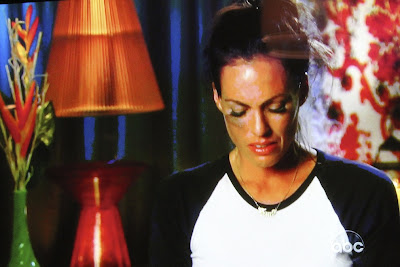 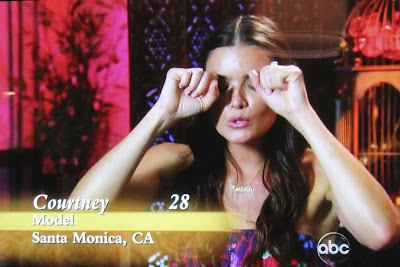 Courtney is unsympathetic. Although she did say of Blakeley: "Who knew that strippers could play baseball?" Is that what a VIP cocktail waitress is? I mean, really. I want to know.

Anyway, after Courtney's team wins, Ben jizzes champagne all over the baseball diamond and he and the winners climb into a helicopter. Kacie B has a special moment with Ben when he tells her all the women he's loved haven't loved him back. America goes "awwwwwwww" and I yell "It's because of your hair!" Then Ben gives Kacie the rose, and Courtney pulls Ben away to rub her boobs on him and wrap his neck in her stick arms. Kacie B has a quick soundbyte in which she calls Courtney, a "piece of shit." Accurate! 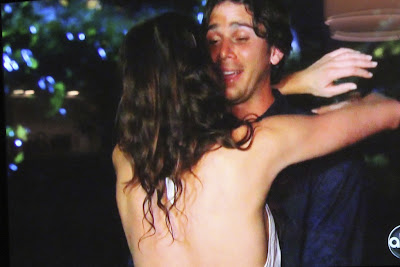 So not hot. Maybe they deserve each other. 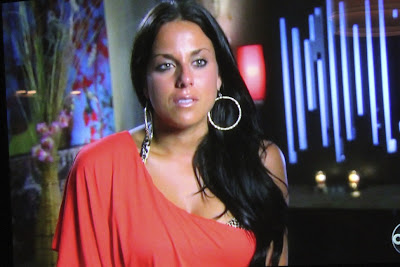 Then Elyse has a one-on-one. We know right away that Girlfriend's going home just because of what she's wearing. She tells Ben she quit her job and missed her best friend's wedding to be on the show. Bad call. Ben gives her the old heave-ho. 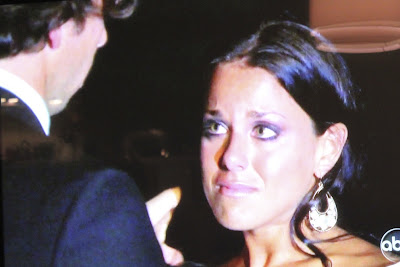 This is Elyse's "what did I do wrong" face. Girls, never ask a guy what you did wrong. You didn't do anything wrong. They did.

When Courtney finds out that Elyse has been sent packing, she of course suggests: "Maybe she drank too much and the Jersey Shore came out." Unfortunately, Elyse did look a little Jersey Shore, but we still hate Courtney for saying so, right? Right.

AND THEN you know what happens. Then Courtney decides to wait for Ben in front of his door with a bottle of wine and two glasses. She says "I hope I'm a vision after a long day ... I hope I'm a sight for sore eyes because after a date with Elyse his eyes are probably pretty sore."

Courtney, who is obviously evil incarnate, then convinces Ben it's a good idea to go skinny dipping in the ocean with her because "you're only in Puerto Rico once!" Or, in her case, at least twice, since she was just there two months ago, supposedly, probably on a shoot for Entimology Magazine. Get it? Because she's like a stick insect? Never mind. 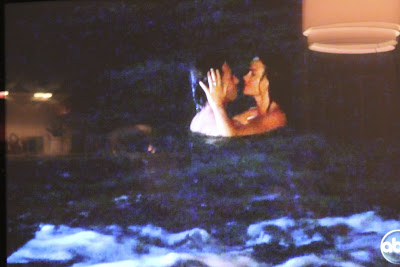 Ben makes a very very very bad decision. He says "Courtney and I shared a very intimate moment." My husband says Courtney probably "tugged" Ben's "rod" in the ocean. Either way, we're all a little grossed out and feeling kind of dirty and sorry for the other girls, who are none the wiser. 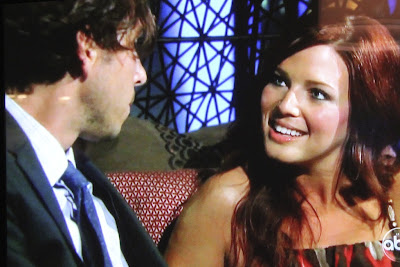 Jennifer gets the boot, you guys. Which pisses me off because people like this dumbass Emily who can't keep her mouth shut are still in the game. Also: Jamie and Rachel. And Blakeley. My husband says Jennifer can do better than the Geico caveman, and I'm inclined to agree. And her exit was so gracious! He doesn't deserve her. 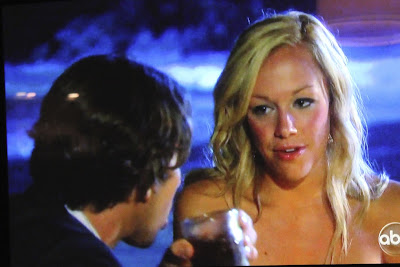 Next time they are going to Panama City. It looks like someone in Casey's family dies and she goes home. And then eventually Kacie B and Nicki team up against Courtney, FINALLY. Good grief. I'm so irritated.
Posted by Erin at 4:42 PM