**this post contains spoilers. enter at your own risk**


The title of this post was spoken by Jaclyn, who wins the Best Quote of the Season So Far Award. She was entertaining, but alas, she has been eliminated. Toodle-oo, Jaclyn! 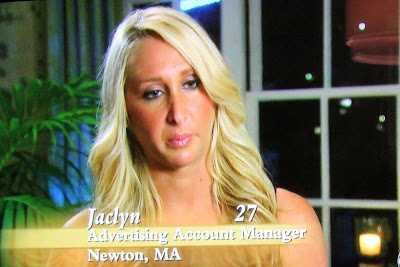 Now, let us begin with a reiteration of how bad Ben's hair is. I mean, it is getting worse and worse. I don't need to post photos of cavemen next to his picture because his hair speaks for itself. 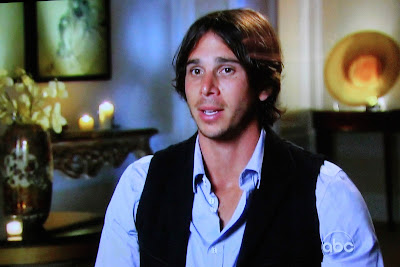 Ben meets up with his sister and tells her about the women, throwing in that Courtney is "drama-free." Um. If by drama-free, you mean completely psychotic? OK then.

He then takes Emily the epidemiologist on a one-on-one date and forces her to climb the Bay Bridge. These daredevil dates are kind of stupid, if you ask me. Ben kept saying "If Emily and I can climb to the top of the Bay Bridge, there's no telling what we can do together!" Indeed, Benjamin. Profound stuff. But here's some armchair psychiatry for you: Climbing the Bay Bridge together is not necessarily the precursor for actual difficult things like marriage and dealing with a spouse who leaves toothpaste in the sink. You might be surprised how ragey this would make you, Benjamin.

Not that Emily would ever do that.

So of course, what's Emily's worst fear in the entire wide world?? Heights! She's so terrified, she freezes halfway up. Luckily, Ben is a Power Ranger and sends her go-go-gadget bridge-climbing power via a liplock. For reals. She forgets all about how she could fall to her death as soon as he lays one on her. 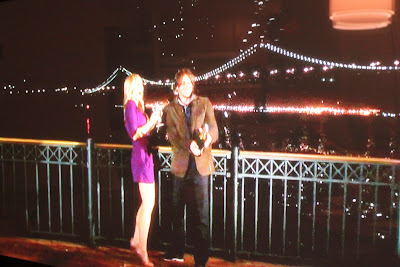 Next up is Ben's group date. They go skiing ....... yawwwwwwwn. Sorry. They go skiing on a street in San Francisco. BUT HOW. OH MY GOD SNOW MACHINES. WHAT HATH GOD WROUGHT?!

The girls strip down to their bikinis to ensure maximum harm when they fall. Kasie B glides ass-first straight into Ben's face. She says she doesn't know how to ski ... phsaw, my dear. That took skills. 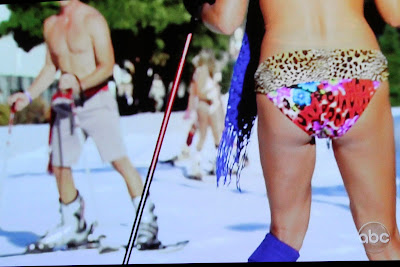 I actually am not sure whose ass this is. That is Ben, striking a manly pose off to the left. I suspect they filmed this during the three days in September when there was actually warm weather in San Francisco last year.

TANGENT: People who live in "San Fran" do not call "San Fran" "San Fran." If they do, they are major douches with shaved chests. Every time you say "San Fran," a bachelorette's mascara runs, Benjamin. Quit that shit.

Continuing the group date, Rachel gets the first kiss of the evening. I don't mind Rachel. She's all right. 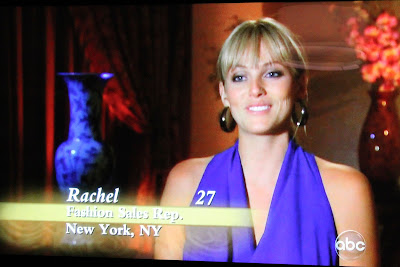 Incidentally, Rachel also gets the rose that evening. While Monica is inexplicably crying. Seriously. We have no idea why Monica is crying. 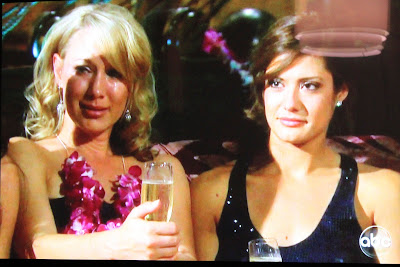 Why are you crying??

Then Ben makes out noisily with Kacie B. All that moist smacking makes my stomach heave. Later, Ben muses: "That one's gonna be trouble for me. Good trouble." Vom dot com.

And in case anyone is wondering, I sort of hate Kacie B and Nicki whatsherface now. I know I put them as front runners in the beginning, but now they are acting like spoiled sorority girls and it's irritating the everloving shit out of me.

Oh, also, Brittney up and leaves the show for whatever reason. She says it's the hardest decision of her life. We are guessing she's never had to decide to let a comatose relative die rather than hook them up to a feeding machine. It's just a guess. See ya later kiddo. 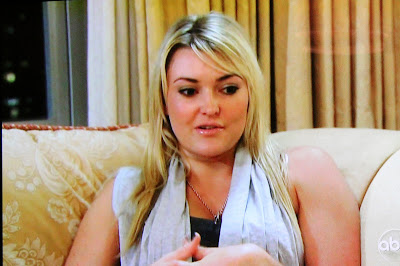 We think she eliminated herself before Ben could give her the old heave-ho on the one-on-one date. So long! Say hi to your grandma for us!

Then Ben takes Lindzi on a date. They eat mocha chip ice cream, when clearly they should have gotten peanut butter chocolate if it was available. They go to city hall. Some band I've never heard of is playing. They sound like a bad ripoff of Dave Matthews. Ben and Lindzi tongue each other frantically.

They go to a speakeasy. She tells him about being dumped in a text that said: Babe, welcome to Dumpsville -- population: You.

If this really happened -- and I'm not convinced it did -- Lindzi lives in some alternate romcom universe. That, or the dude she was dating is the biggest prick I've ever heard of. It's a little hard to swallow (that's what she said).

Anyway, Lindzi gets the rose. They go to a piano store and Lindzi gazes adoringly at Ben while he shows off his mad piano skillz. 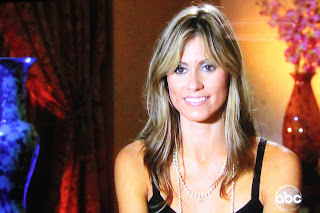 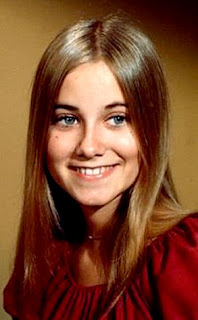 Then it's finally time for the godawful cocktail party. Ben tells Jennifer she's the best kisser in the house, which isn't creepy at all. Jennifer is still my dark horse. I've got her pegged to go all the way, guys. And I like her even more this episode because she's the only chick who didn't completely lose her shit when Shawntel walked in the room. 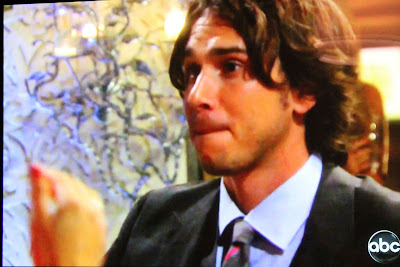 Ben's "I did not see this coming" face. (that's what she said) 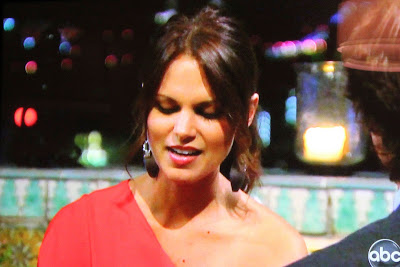 What I'd like to tell all those dummies on The Bachelor: You shut your whore mouth when you talk about Shawntel. She is my girl. Oh, you think it's creepy that she embalms bodies for a living?? Well someone's got to do it! She's all up close and personal with Death, not terrified like your stupid ass.

Shawntel got robbed. Robbed, I tell ya. And actually, whose idiotic idea was it for her to show up in Episode 3?! Why couldn't she have started from the beginning like everyone else? And why is Ben such a douche?!

All the other girls (except Jennifer -- keepin' it classy!) were practically tearing their hair out when Shawntel showed up. Saying it wasn't fair (he's trying to find love, right? Where does fair enter in?!) and calling her Brad's cast-offs and saying she has big thighs. Who said that, Erika? Girrrrrl. You know karma is a mean bitch, right? That's why your lips turned blue and you passed out and then got eliminated. Seeya biznatch. (Oh, also, tattoos on the inner lower lip are strictly for imprisoned gang members, FYI)

Anyway, Shawntel gets sent home but somehow Monica is still on the show?! Don't get me started. And Courtney is freaking scary-crazy.

Next week they're going to Utah. That's all I know. I'm sure it will be shenanigans galore. Til then!