Feeling lazy (and insane. See previous post re: finishing novel by the end of the year). Therefore, here are some submissions from readers!

First, from my friend Mary! Brace yourself! 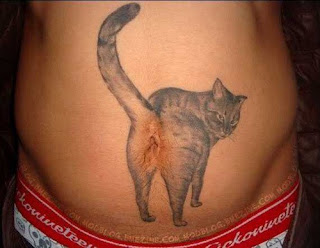 This is just wrong in so many ways. And yet ... that dude's belly button totally looks like a cat's asshole. So there you have it.

Next up is something sent to me by my old college newspaper editor, Aaron. It's a meme generator called Bad Advice Cat, and I. Am. Loving it. 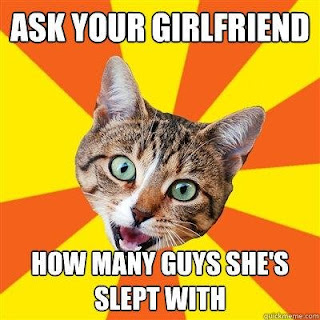 Bad Advice Cat looks so excited about his bad advice! There are tons of these things, some funnier than others. 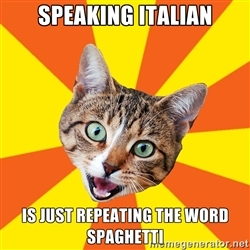 This isn't advice so much as a wrong-headed statement. And yet, hilarious! Did you just say, "Spaghetti spaghetti spaghetti!" with an Italian accent while holding your hand in that ... Italian way? No? Huh. 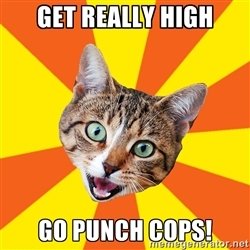 This reminds me of when, in the fifth grade, a DARE officer told us about some chick that was high on PCP who attacked the cops and COULD. NOT. BE. STOPPED. She was like ... Chuck Norris on steroids. I think the story goes she got shot to death by the fuzz but not before she took, like, eleven bullets and ka-powed 42 cops in the face. This may have been my fifth grade imagination at work. In any case, I never forgot that story, did I? And I never did PCP. Although: I probably never would have even heard of PCP if the DARE officer hadn't told us that story, nor would I have been the least bit curious about it. 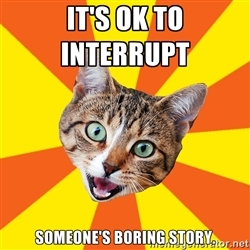 What the ... Bad advice? This is awesome advice! See, I have a problem. It's not so much that I get bored when people speak in extraordinary detail for 20 minutes about something I can sum up for you in about 30 seconds. It's that this kind of thing makes me feel TOTALLY INSANE. I don't need to know what you were wearing or what you ate for breakfast the day you went to the music festival, just tell me about the fucking festival and be done with it already! Please, for the love of God, people. Leave the unnecessary details where they belong -- in your crazy brain.

Last up is a photo from a reader named Kelly, whose daughter seems to have a borderline unhealthy obsession with cats. This photo was stolen from Kelly's daughter's facebook page around Halloween (Also: I should have posted this photo around Halloween but oopsies). 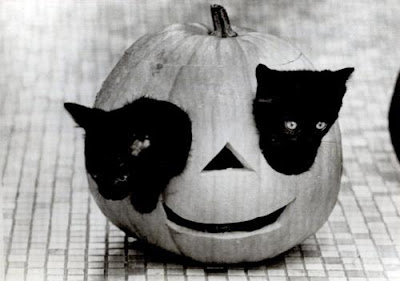 Ohmagawww the cute! Kittens are so friggin adorable. Then they get bigger and destroy everything you own. This is why we can't have nice things.

I'm sure I missed some submissions. I promise that any new emails, FB messages or tweets will be placed in a special folder so that I remember to post them later on. Keep sending them, guys!