I found this recipe on another blog, and that blogger said this was the best thing she'd ever made in her slow cooker. I was skeptical. I have some really bomb-ass slow-cooker recipes. And then I made this and I was like:

This is the best thing I have ever made in my slow cooker. 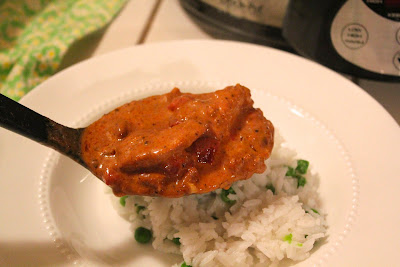 This ... this might be the best thing I have ever made, period. I don't say that lightly. I have a handful of recipes I turn to that I absolutely love, but this is on a whole other level. 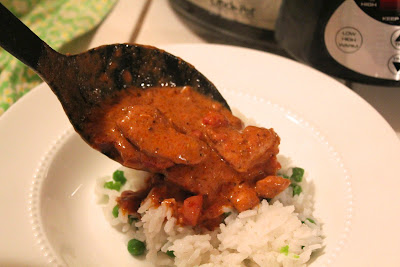 The chicken is so tender. The spices complement each other so well ... My husband says this is the closest he's ever tasted to restaurant-style tikka masala -- except he says the homemade version seems less "harsh." Sometimes Indian food puts the hurt on him.

You do have to like Indian food, and specifically chicken tikka masala. Once you've confirmed that you do, indeed, like Indian food, you need to commit a block of time to this dish's preparation. Before the stuff is even in the pot, cooking, you've got about 45 minutes of prep in front of you. 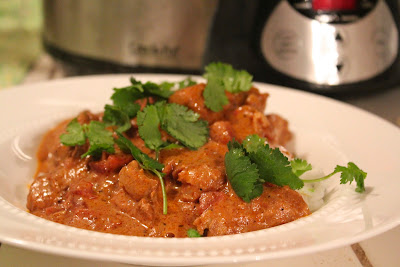 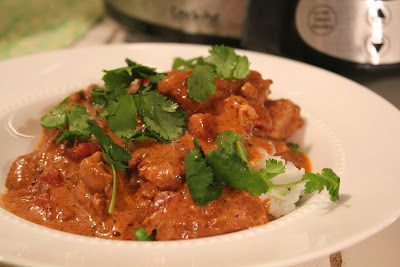