So you surely remember the "Crafting with Cat Hair" book I included in a recent "Crazy Cat People" post, only because it's probably the most awesomely strange thing to ever have appeared here. Well, a funny thing happened after I published that post -- the social media marketing dude from Quirk Books contacted me to see if I wanted a copy of the book!

And what do you think I said? I said yes, of course. 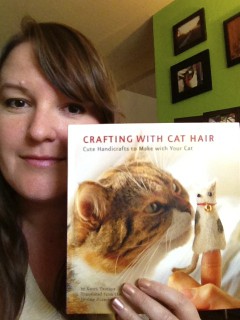 I got the crafting bug yesterday, so busted out a couple supplies and spotted my first victim. 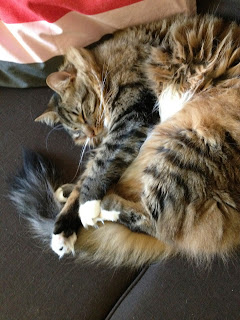 Simon. So innocent. So unaware. 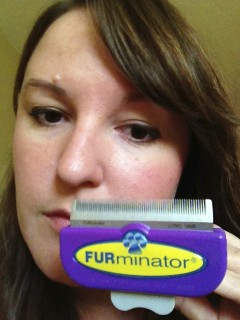 Me. So strange. So FURminating. 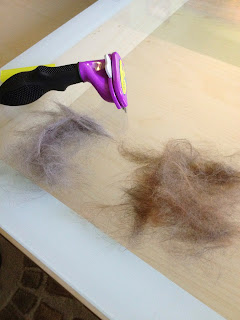 Ew. Ewwwwwwwww. Thankfully this project calls for washing the cat hair as well. 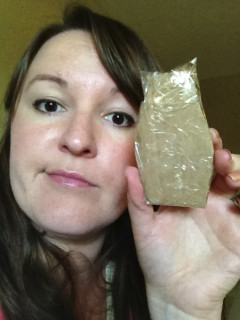 Before I could create a finger puppet, I had to create a "waterproof" template. I put waterproof in quotes because my particular template was not waterproof. Me not be so patient.

In other news, my template was stupid. I made it too big. 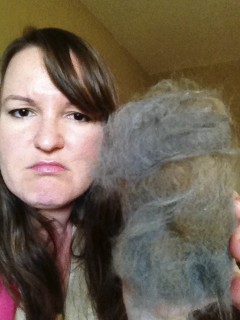 In further developments, wrapping the template in cat hair turned out to be not as easy as I expected. It required a bit more patience than I usually reserve for projects of any sort. 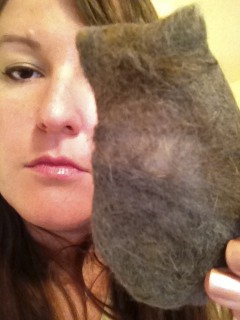 But I finally got it into a cat-like shape. And then I washed it. And then I IRONED it. Yes, I got the ironing board out for this project. In this photo I am perturbed that this project is taking so long. 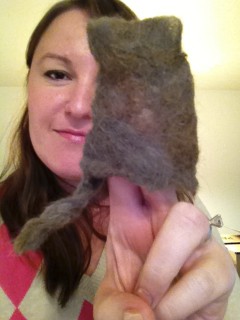 I am almost certain this "finger puppet" is not what the author had in mind. For starters, it's on two of my fingers. And you can kind of see my fingers through the puppet hair. Additionally, it looks like .... a dead rat or something. Still, I am highly amused. Let's see what the cats think. 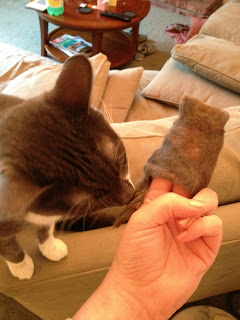 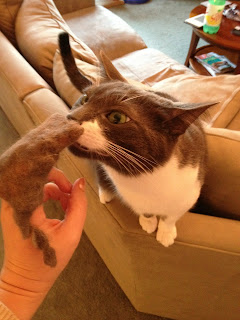 He was really getting into it, burying his nose in the fur, trying to figure out what the deal was. Murray, if you're reading this, the deal is that Mommy has too much time on her hands. 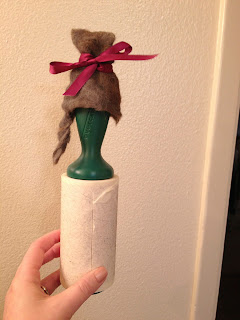 I finally found the perfect use for the puppet. I turned it into a cat hair roller cozy!! So appropriate and ironic, right? Heh.

I chased Simon around the house so he could sniff it. He acted like I was trying to kill him. I finally cornered him. 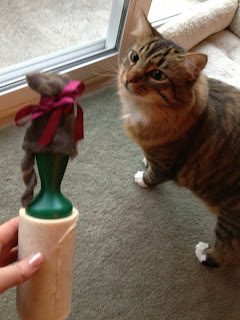 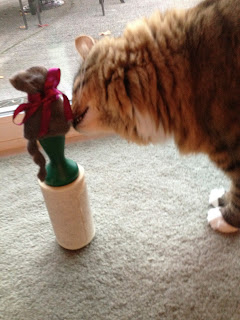 Now he's into it. 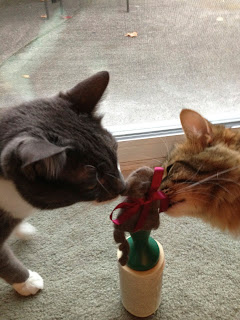 Now they're both into it. I took it away when they started licking it.

1) That was hilarious. Maybe not for you, but it was for me.

2) I should probably be ashamed of myself.

3) This might be a fun craft book to have on hand if you have cats AND kids and it's raining outside or something. Or if you're basically an insane cat lady.
Posted by Erin at 10:24 AM