It's fall, and thus time for gourds and such, as they say.

Cooking with squash can be a pain in the ass, dudes. They're often hard to cut into, and then there're the seeds. Oh god, the seeds. Not to mention the rind. And then you've got to cook it until the cows come home because that's just what it takes. So it's not often that I'm going to buy a butternut squash and go to all the trouble of peeling, seeding, and cooking that mofo.

But this soup is kind of worth it. 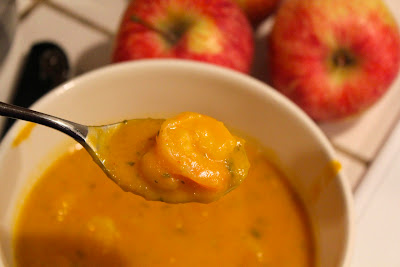 It's a butternut squash soup. With SHRIMP.

So yeah, basically this soup is twice as annoying as it has any right to be, because if you buy raw shrimp that hasn't been peeled and deveined yet, you're going to spend a good half hour doing that before you do anything else. Which is disgusting and annoying. And believe me, I looked for the peeled and deveined stuff, but it wasn't out there. 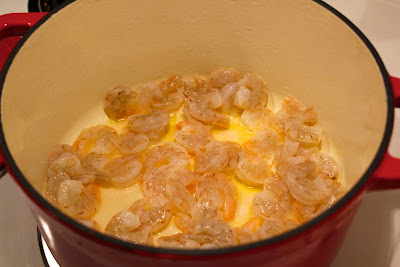 Here are the much-labored-over peeled and deveined shrimp, cooking in some butter. Yum. Butter.

Then you take your shrimps out. 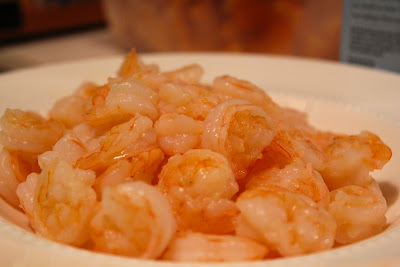 Admire your handiwork. I did. 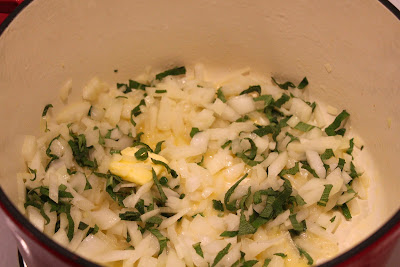 Then you throw in some more butter, onion, and sage and cook that for a while. 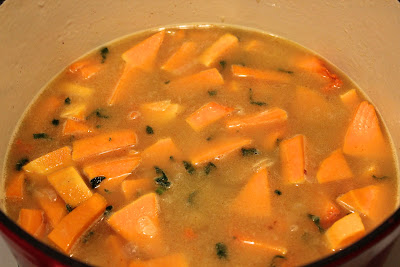 Then you throw in your squash, broth, and cayenne pepper. A little goes a long way with cayenne, yeesh!

After this has cooked for a while, the recipe (an Everyday Food recipe, BTW. ALSO - did you see Martha's daughter on the Today Show? Sweet criminy that woman is out of her mind.) wants you to put half this concoction in a blender. That is utter dumbassedness. Just take your immersion blender and put it in the pot and blend as much as you want. Frankly, I don't like a lot of squash chunks in my soup, so I blended most of it. It was the bomb. Oh, you throw some sour cream in there as some point, too.

And then you throw your shrimp back in, make sure it has enough salt, and then ... 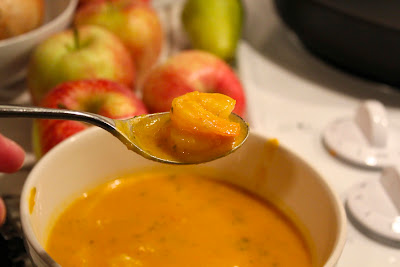 It's really good. Now, if we're measuring by my husband's standards, he's not a huge fan of butternut squash in general, so he's not going to be the best judge of this recipe. BUT he did throw some tobasco sauce in his and he liked that quite a bit. I think this recipe would go well with some garlic bread and chardonnay. I also think you could leave the shrimp out and it'd be a very serviceable butternut squash soup.

Now here's something shocking: The recipe is up on the Everyday Food site. So you can just click here to get it! Warning -- as of this moment the picture accompanying the recipe is wrong. It's showing some weird salmon concoction. But the recipe and directions are correct. Enjoy!