The hostess with the mostess help

Some time back, a friend announced her engagement and I excitedly offered to host her bridal shower. About 20 minutes later, I deeply regretted this decision, knowing that my hostess skills are disturbingly lacking.

Thankfully, my friend has a very take-charge, get-'er-done group of bridesmaids who literally handled every aspect of the bridal shower. I managed to stumble to the front door when they arrived Saturday morning to set up, and opening the door was essentially the extent of my involvement. Which was a very, very good thing. 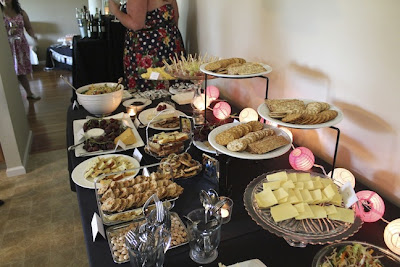 Food! There was lots of food. Actually, the maid of honor informed me that she'd put all the leftovers in my fridge, as she literally ran from my house at the end of the shower. She's a lot faster than me, or things might have ended differently ... 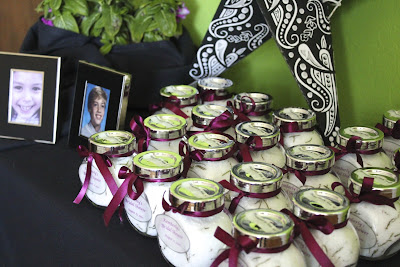 A cute favor idea: Rosemary sea salt in little glass jars. The black and white paper star and flowers are decor brought by a bridesmaid, and the groom's sister brought these adorable photos of the bride and groom as kids. 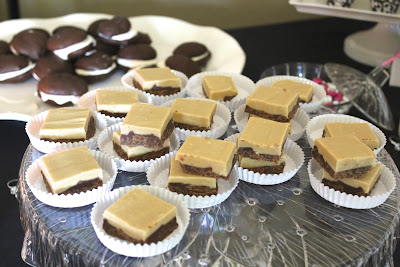 The groom's sister, who's also a bridesmaid, put together a truly amazing dessert table. 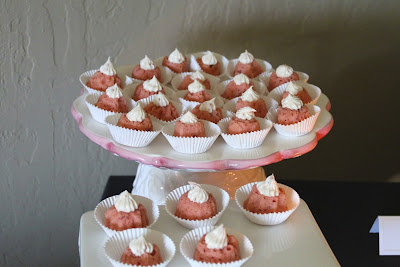 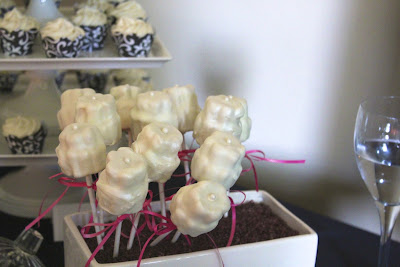 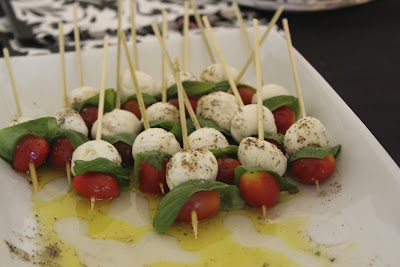 Isn't this a great idea for caprese salad? Just shove a bite of everything you need on a stick! I was told this is a Rachael Ray idea. 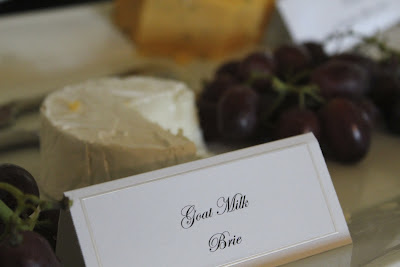 It was a wine and cheese party and all the cheeses had their own labels. The level of organization, you guys. It surpasses anything I could have done. 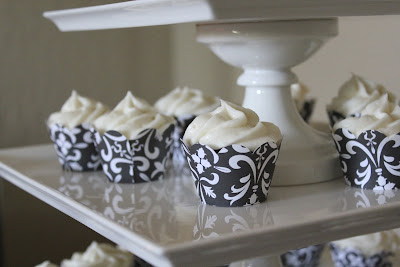 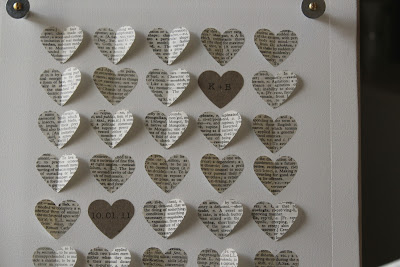 This gift is the best bridal shower/wedding gift I HAVE EVER SEEN. It's an etsy find, found by our friend Christie. God, etsy is brilliant. 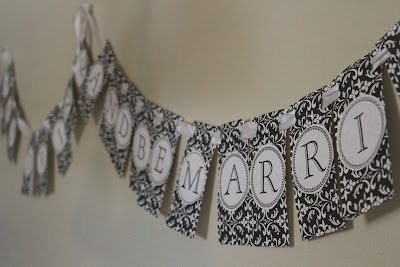 The theme of the wedding is "Eat, Drink, And Be Married."

It was a good party. The bridesmaids were like bridal shower ninjas. They set up and broke everything down and when everyone left all I had to do was run the dishwasher. I mean, seriously.

And actually, this experience was a good lesson for me. For starters, I need to ask for help when I need it. In this instance, I never asked, it simply arrived. But I have some sort of mental block when it comes to asking for help because ... I don't know, I want to kill myself putting on a party? Secondly, I need to be less Type A about my kitchen. Normally people in my kitchen opening and closing cupboards and finding things and doing stuff: Would make me bonkers. But Saturday I stood back and let it happen, and amazingly, it didn't make me bonkers. I was so glad people were in my kitchen finding things for themselves instead of me doing it for them. I truly was the laziest hostess. Ever.
Posted by Erin at 11:01 AM