I'm constantly reading about how I shouldn't be smearing cancer-causing chemicals onto my face, and since I tend to agree, I've been on a search for quite some time for the perfect green cosmetics.

And what I've found is that a good green cosmetic is hard to find.

I find recommendations from Sophie Uliano's Gorgeously Green book and web site, as well as those listed on the Environmental Working Group's cosmetics database. What I've found is that the best stuff costs a pretty penny. And some pricey green cosmetics simply do not work for what I need them for. I fear paying good money for something that's a piece of crap, and what's apparent is that I can't just take Sophie's word for it because she's recommended a couple real stinkers to me in the past.

So what I'm hoping is that if I share what's worked for me and what hasn't, that you'll share the same.

What I like: It is light, as it claims to be, and has a nice citrus smell. It's also in one of those air pump bottles that lets you get every last drop out.

What I don't like: The SPF is not that strong, so I wouldn't rely on it if you're going to spend any significant amount of time in the sun. Also, it costs $32. Previously I'd been buying giant tubs of Oil of Olay for $7 that would last me a year, so this was a harsh change. But one bottle of this stuff honestly lasts me a long time -- the first bottle lasted 9 months. Not too shabby. I think the second bottle is disappearing a little quicker because I've started using it on my neck and chest as well.

Next up - foundation. I simply cannot get on board with mineral powder foundations. I'm sorry. I've tried and it's a no-go. So I was pleased to find Jane Iredale liquid minerals foundation, which is essentially little balls of mineral foundation in a water solution. You pump it out and it all squeezes together to make a liquid foundation.

What I like: It's light coverage and simply works well. All I really ask of a foundation is that it not be too thick or streaky or make me feel like I'm wearing a mask.

What I don't like: This foundation took some getting used to. When I first tried it out I honestly thought it wasn't going to work out because it doesn't come out of the bottle smooth and silky and creamy the way my previous brand -- Laura Mercier -- did. But what I found is that if you just smoosh a little bit out onto the back of your hand and then use a finger to mix it around a little before applying it to the face, that works best. Also, this stuff costs $45. Basically a lateral move from Laura Mercier, which was $42. I just ordered another one of these -- the first lasted me eight months. 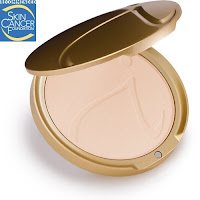 For pressed powder, I've also been using Jane Iredale's stuff. It works essentially exactly the same as the Laura Mercier stuff, just with less chemicals. Win! The Iredale stuff is about $35 with the compact (refills are cheaper). The Mercier stuff had been about $30. I've been using my Jane Iredale compact for eight months and it shows no signs of running out yet.


Now here are a couple things that have not worked for me:

Mascara by Terra Firma. Just clumpy and overall not a good mascara. 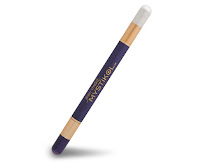 Mystikol eyeliner by Jane Iredale. As it turns out, Jane Iredale is not infallible. I hate, hate, hate powder eye liners and was looking for a liquid organic one when I found this one. It's difficult to apply so that it actually looks good, and then it smears all over the place about 20 minutes later.


Things I'm still looking for as far as cosmetics: Blush, eyeshadow, and lip gloss. Bring on the green suggestions!

Now -- shampoo. I have found one shampoo I like, among a crowd of stinkers. 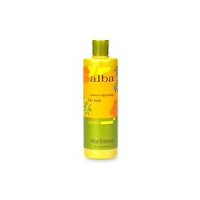 Alba plumeria replenishing hair wash. It smells terrific (reminds me of Hawaii) and my hair feels pretty good afterward. Lots of other organic shampoos have a tendency to make my hair feel like straw. This stuff is downright cheap on Amazon, just over $7. A lot cheaper than if you bought it at Whole Foods, where I think it was $12 or more.


Other shampoos I've tried that I didn't like because they made my hair feel too dry:


I'm still on the search for the perfect hair conditioner, if you have any suggestions.

Lastly - lotion/moisturizer. I'd like a nice, light moisturizer that isn't too thick and doesn't make me feel sticky or make my clothes stick to me. Anyone?