Following our tour of Hearst Castle, I spent several hours daydreaming about being an old-timey movie star, spending time relaxing in the sun in my old-timey bathing suit, sipping martinis. Perhaps when I tired of sunning myself, I would watch a movie in the theater, or ride a horse under the mile-long pergola that was shaded with grape vines, or gaze at the animals in the private zoo, or maybe I'd just go to the vast indoor pool to cool off.

Hearst Castle is a tribute to excess. It has the feel of what Rome must have been at its peak, all ornateness and art and beauteous spectacle.  Now it's a giant museum, housing thousands of pieces of priceless art, while being a piece of art in and of itself. Our guide said it's been estimated building the estate now would cost around $900 million.

Photos don't do this place justice, but I tried. 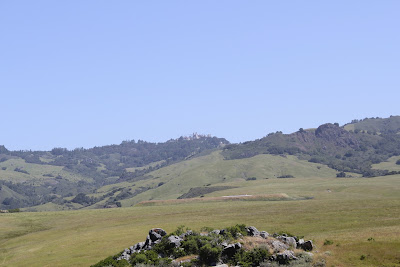 You can just barely see the castle on the hilltop in this photo, which is taken from the parking lot where they make all the visitors park so they can be shuttled up to the castle by bus. 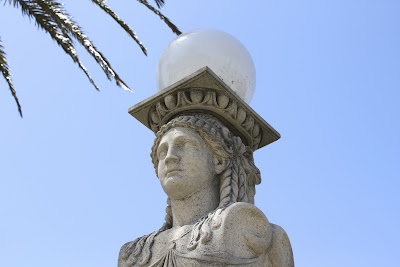 As I feared, my photos, sized down, don't do it justice. This is one of many columns with a light atop it. One day I'd like to see the castle at night. 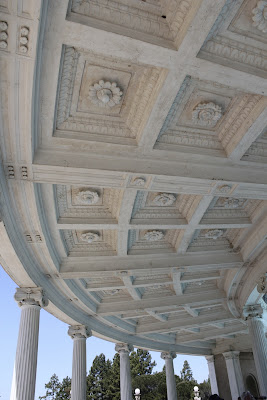 The portico surrounding the outdoor pool. 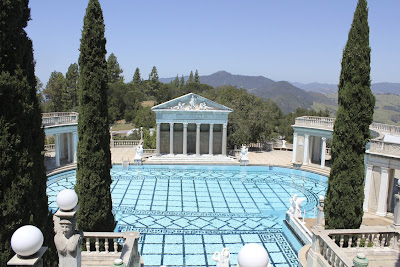 The outdoor pool. It was about 90 degrees the day we visited and all I wanted was to dive into this thing. 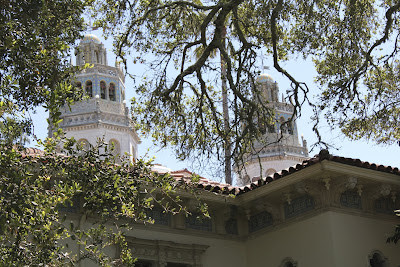 The castle through the trees. 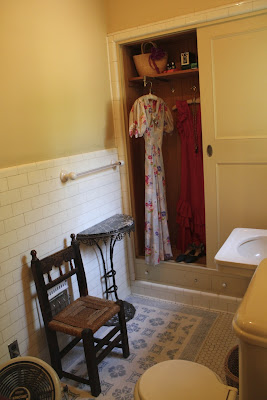 The innumerable guest rooms each had their own bath rooms. 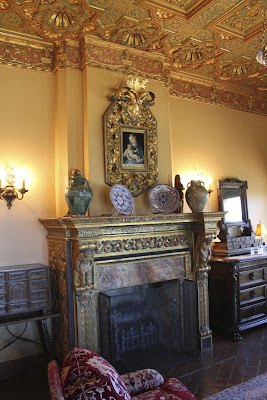 A fireplace in a guest room. 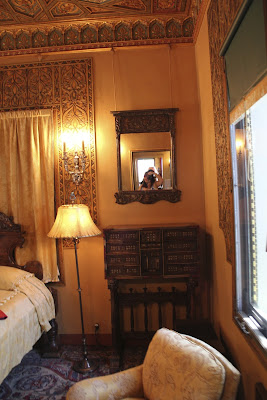 One of the few photos of me (do you see me?). And to top it off I am wearing a tank top -- it's that warm. I do not willingly expose my upper arm flesh. 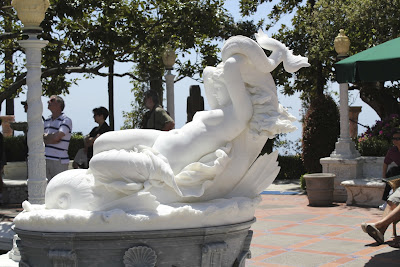 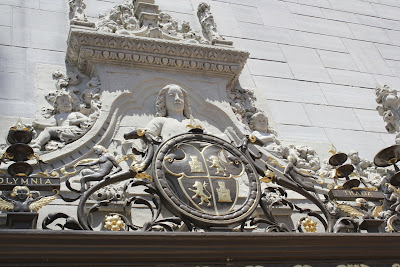 Detail above a vast exterior doorway. 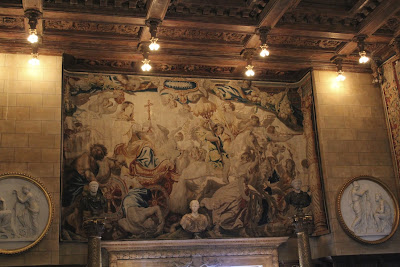 One of dozens of invaluable, ancient tapestries. Most of the tapestries the guide spoke of were from the 16th century, so I assume this one was as well. 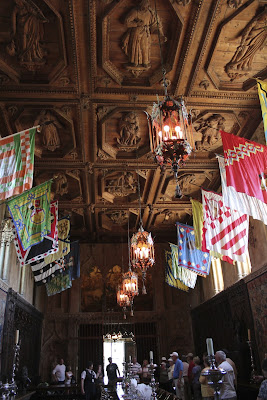 Oh, just the dining room. The ceiling was imported from somewhere ... all I remember is it's really, really old, too. 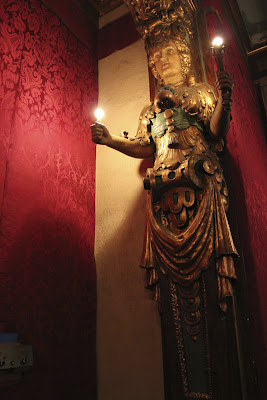 A statue in the theater. 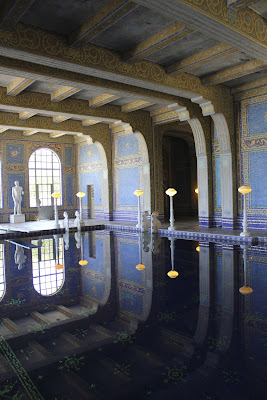 The indoor pool, which was so glassy and still it gave off a perfect reflection. Under the water you can just see star-like designs. The whole idea was diving into the pool would be like diving into the night sky.


We'll be back, someday, to take one of the other tours. The basic one-hour tour of this place just scrapes the surface. If you've never been, I wholeheartedly recommend you visit.
Posted by Erin at 6:00 AM