Vegetarians should turn away now. This ain't your Vegan De-lite.

This short rib recipe is from Martha and It. Is. The bomb.

I made it a couple months ago for the first time and it blew me away. I'm not a huge meat eater and can usually take it or leave it, but this dish is so savory and rich and delicious, I will probably be sneaking bites of it from the fridge all day. *sigh*

So! Allow me to explain what goes into this deliciousness.

Firstly, it's a slow-cooker dish. I associate slow cooker dishes with ease. As in, I expect to throw a lot of raw things into a pot and for it to come out delicious in about eight hours. And usually, it does.

This particular slow-cooker recipe calls for a lot of cooking prep, which is irritating, but I assure you is one hundred percent worth it.

First I chopped up a carrot and an onion. By the way, since I got a cold, I haven't been as affected by onions. Also, I have a new technique to delay exposure to onion fumes for as long as possible -- I prep each half for dicing, cut sides down, and then dice it up right quick while holding my head as far away as possible. 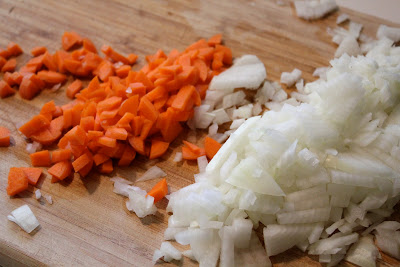 This is about one and a half pounds of short ribs, browning in oil. The recipe calls for three pounds, so I did this in two batches. You can certainly do a half batch, as the whole recipe will serve six people. But we like leftovers round these parts. 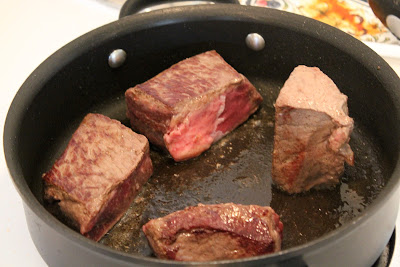 I am so proud of my rosemary bushes. Do you grow rosemary? It's the heartiest damn plant that ever lived. I chopped off a big sprig to throw in the crock pot. 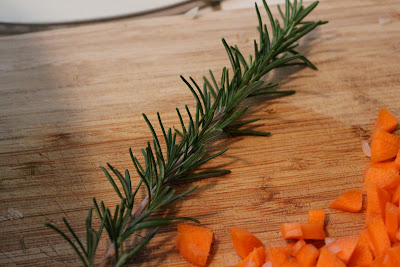 You have to sautee the onions and carrots in the meat juice/oil, then pour some tomato juice from your canned whole tomatoes in there. 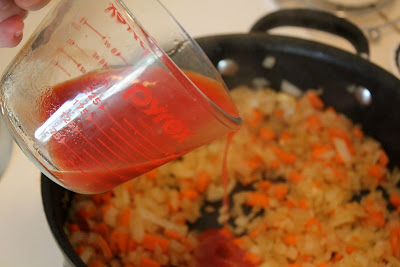 This is everything living together in one pot. You cook it on high for six hours. 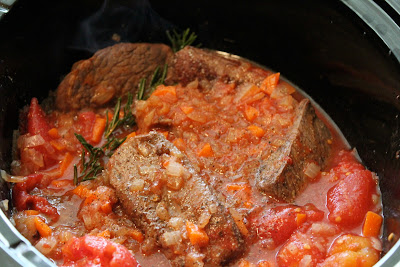 When the ragu was done, I made polenta, using another Martha recipe. It's ridiculously easy and fast and would make a great neutral side dish for any number of main courses. Below is frozen corn sauteed in butter with fresh thyme. I'm pouring on a mixture of half half-and-half and half 1% milk because the recipe calls for whole milk. It worked out just fine. 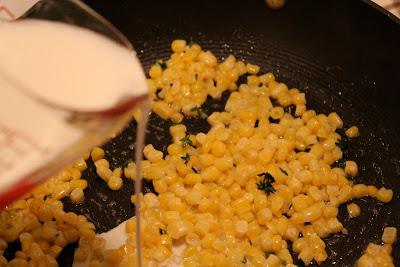 You add a little water and bring it to a boil, then throw in some cornmeal, whisk it around, and it starts to melt together. When it's done about six minutes later you throw in a handful of butter and parmesan. 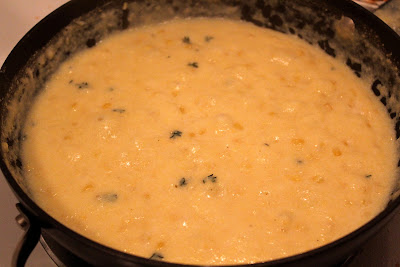 Here's the dish when it's all said and done. When the meat is done cooking, you shred it, which is simple because it's extremely tender. It comes out tasting rich and wonderful, especially on a cold winter night. If you're not into polenta, Martha suggests serving this with wide noodles, like pappardelle, or on toasted crunchy bread, which sounds to die for. 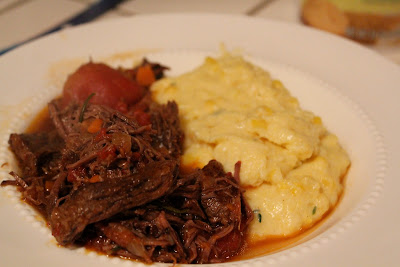