If there is one thing I am smug about, it's my multicultural experiences. The more of these experiences I have under my belt, the more I can boast that I know exactly what to do should the occasion to experience these ... experiences ... arise again.

So when I had the opportunity to experience a Chinese banquet on Saturday, I assured everyone at my table that this wasn't my first rodeo. The banquet followed a wedding between a Chinese woman and an Indian man. The couple had two ceremonies -- one Hindu and one Western, with an Indian luncheon between the two. They were wrapping everything up with a traditional extravagant Chinese banquet in the evening, where they hosted more than 200 people. No small cost, I am sure.

At one point about halfway through the banquet, the bride's father asked me if there was enough food and I looked at him like he was insane. There was enough food to feed five times as many people as were actually in the room, and I was already full.

I'd learned at another Chinese banquet we attended just over a year ago, following the funeral of a dear friend's father, that there will be plenty of food, so one mustn't gorge oneself early on in the meal.

There were something like 12 courses and I took pictures of most of them. Some were a bit exotic for my taste, but I tried everything except for the sea cucumber, which I assure you is not a vegetable but more like a sea slug. My husband tells me he really did not enjoy the taste of it, and he usually enjoys pretty much all seafood.

Here you go, photos accompanied by explanations of what each dish is... 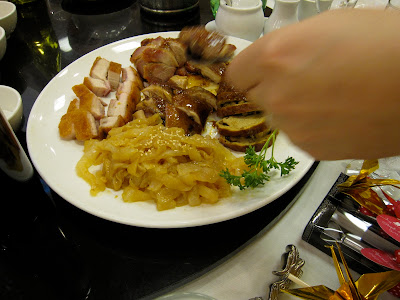 The explanation on the menu card said "BBQ pork and meat." We think there was some duck and tofu in there, and what appears to be noodles are actually jellyfish. 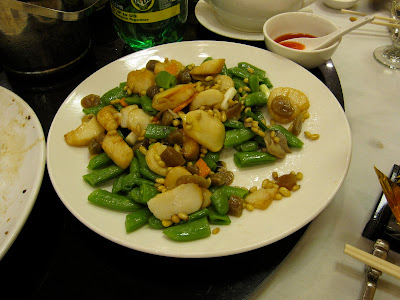 A delicious scallop dish with pickled something-or-the-other and pine nuts. 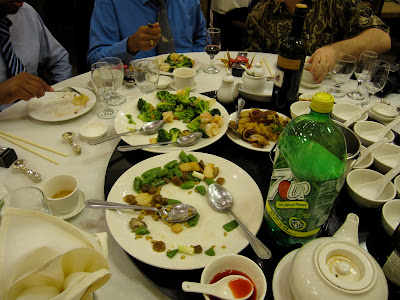 Forgot to take a photo of the conch and prawn dish, which you can see here, it's the dish with all the broccoli on it. Conch isn't bad, but probably not my favorite, dawg. 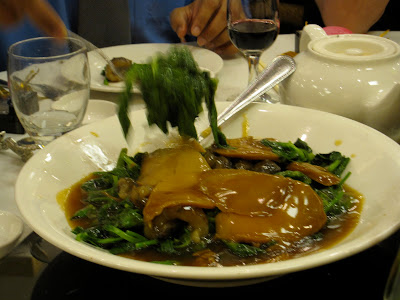 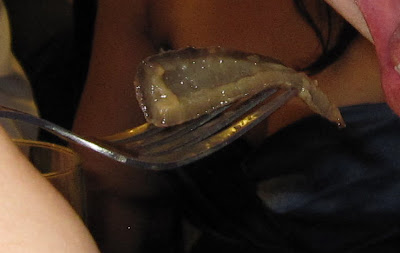 A bite of sea cucumber. Don't do it!! 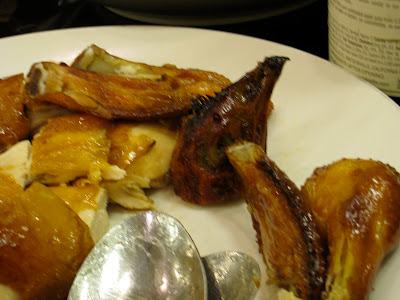 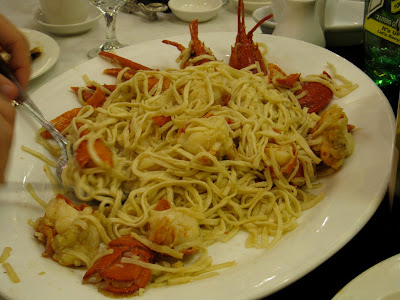 My favorite dish - lobster and pasta. 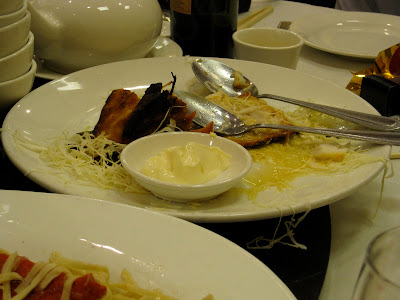 What was left of the smoked sea bass. 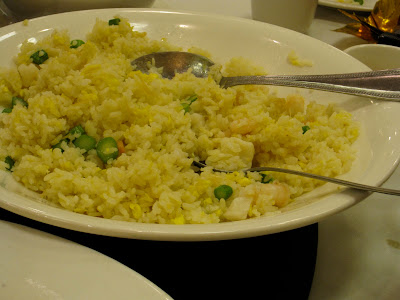 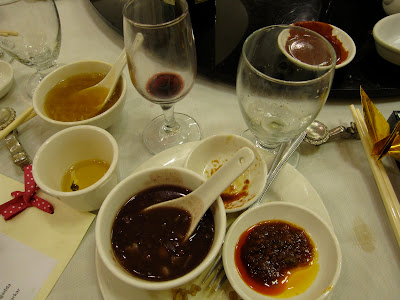 That brownish bowl of soup on the top left is shark fin soup, or as we called it, shark snot soup, since it had the approximate consistency of snot. As soon as we said this, one fellow at our table who was suffering from a wicked hangover immediately pushed the snot soup aside. The darker brown soup is a sweet red bean soup, a desserty dish that wasn't my favorite. 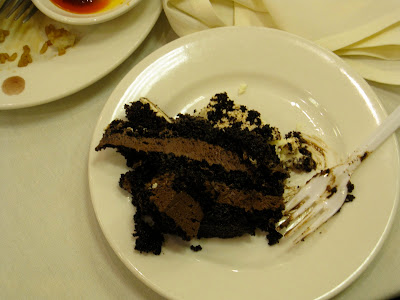