So, I like cats, and I also like making fun of people who are strangely obsessed with cats to the point that they wear cat T-shirts and neglect to comb their hair because they would rather comb their cat's hair, so I decided that on Sunday we would attend a cat show.

To be precise: The Jazzy Cats California Gold Rush cat show. The show's logo, which was printed on the T-shirts we almost bought for shits and giggles, featured a cat in miner's gear holding up a nugget of gold and exclaiming, "Eureka!"

There are rules to follow at the cat show. Namely, one should never actually TOUCH the cats because GERMS! and also, these are SHOW CATS whose coats have just been brushed and if you touch their coats with your grimy hands, the judges will NOTICE and then whose fault will it be that Dr. Sniffles didn't win the show?

Also, one should never speak too loudly in the presence of a show cat because one would not want to overwhelm the cat so that he does not perform to his peak ability later on when the judge is poking him in the eyeballs and feeling his testicles.

Never mind that there is a dude who is CONSTANTLY saying dumb shit over the loudspeaker, such as:

"Maureen, can you bring me a taco?"

Not included in the rules at the cat show is one thing I would think would be a given: No flash photos. But people were taking flash photos hither and thither, and with every flash the cats would twitch and crouch and look just a little more Mr. Hyde. Being the very considerate cat lover I am, I refrained from flash photos.

Please enjoy the following photographs, although some of them are a bit fuzzy. I'm not sure what all the different breeds are, but they're fun to look at! 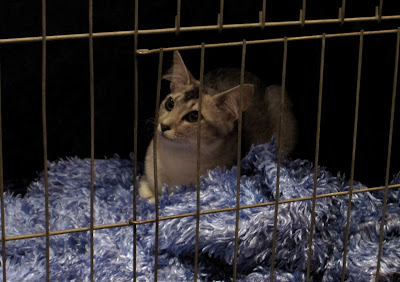 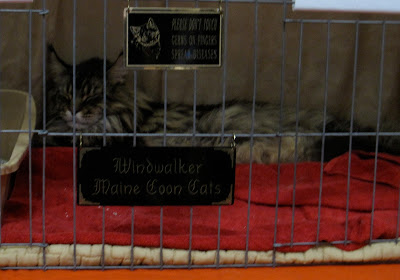 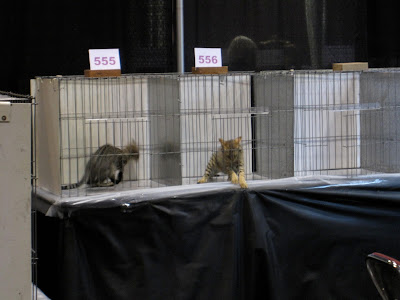 A couple of kittens going berserk during judging. 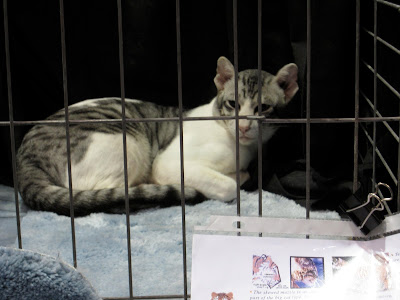 Is it just me or does this cat look straight up human? Creeps me the hell out. 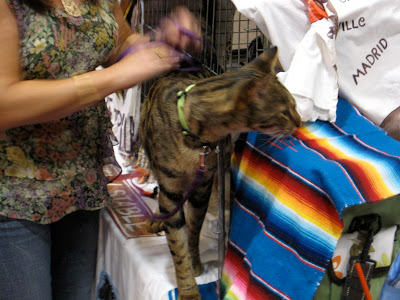 This is a Savannah. These cats get really big. 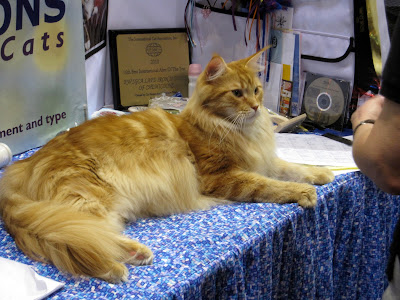 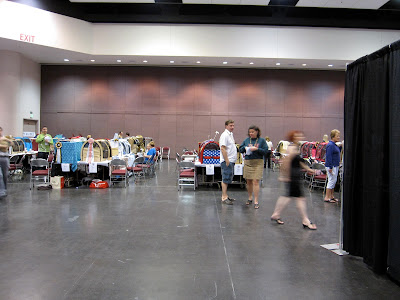 What the tables with all the cat cages looked like. 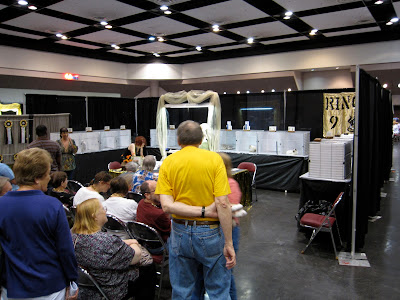 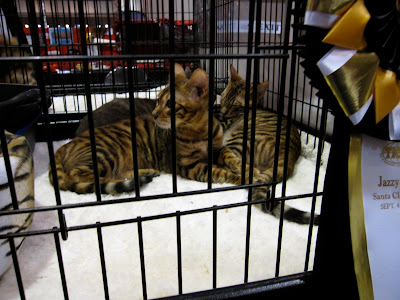 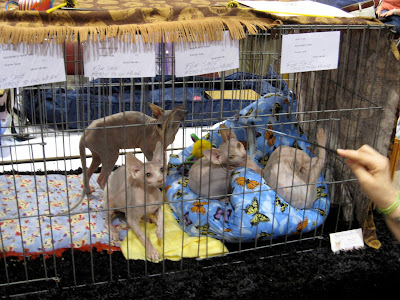 These little hairless jobbies are actually quite cute and friendly. 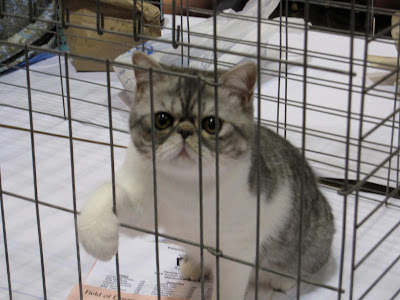 The owner of this cat bopped me on the head with a cat toy. Long story. 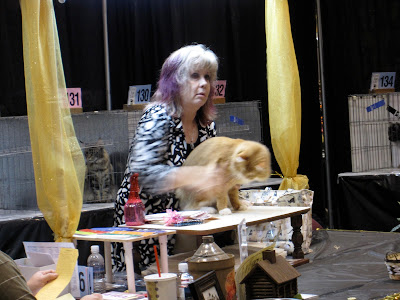 One of the judges. 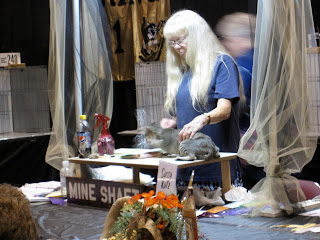