There is a running joke amongst a group of our friends wherein one of us will remark on someone's new something, and call it a "serious downgrade."

For instance: "Are those new shoes? Serious downgrade."

This stems from an incident in which a fringe member of the group called my husband's new car a "serious downgrade" from his previous vehicle. Like, seriously. It, like, totally stuck.

Anyway, all of that to say: We recently had a serious upgrade to our electrical system over in these parts, in addition to the installation of a brand spanking new air conditioner, which I love and which I have named George. Thank you, George, for the cool air you consistently blow through the vents. You have put an end to boob sweat.

About 14,000 years ago, I posted a couple of "before" photos, and now that George has been born, I have decided to post some "before" AND "after" photos. Novel, I know! 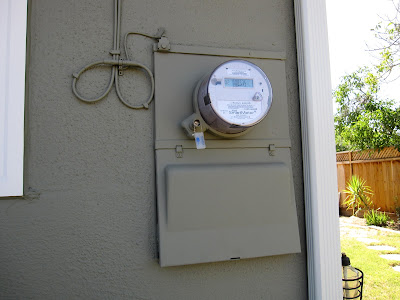 This is our old electrical panel. 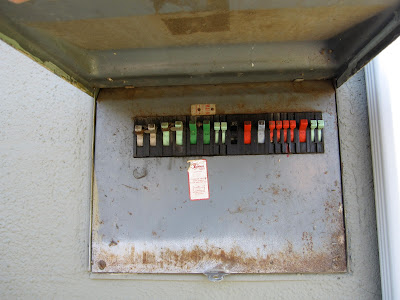 It had seen better days. It was mainly a home for disgusting spiders. 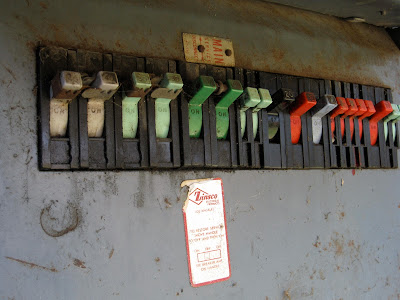 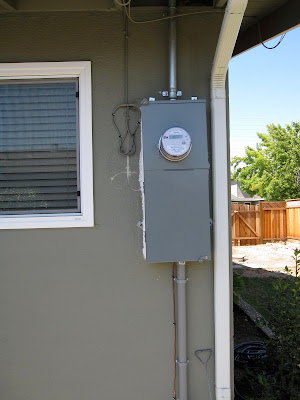 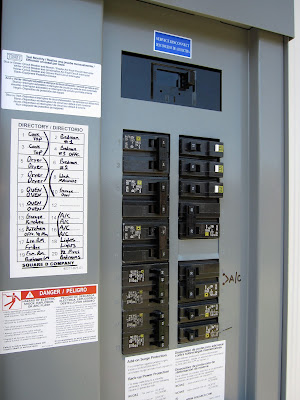 This switch controls that thingy. Thank you for the labels, helpful electrician fellow! If anyone in the Bay area needs a good electrician, I've got one. 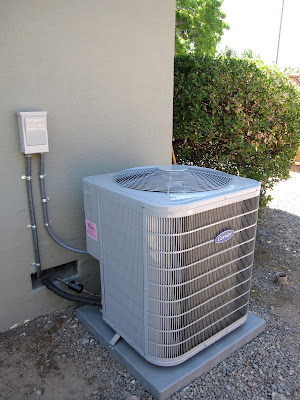 This is George. Say "hello," George. Did I ever tell you about my mom's obnoxious myna bird named George, who used to say "Hello, Geooooorge"? 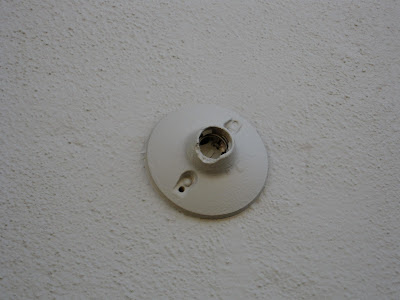 This is a seemingly useless hole in the wall. 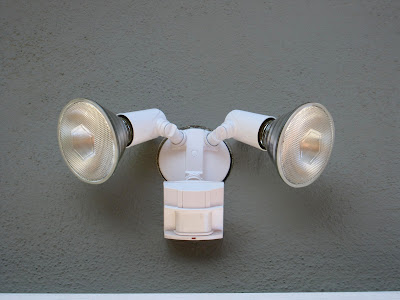 BAM! Whodat? I'm in your backyard, takin' out yer trash. 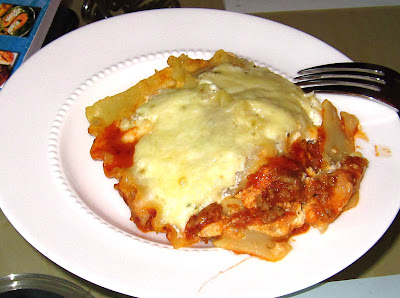 What the hell? This is the lasagna I made for dinner last night. It was all right. 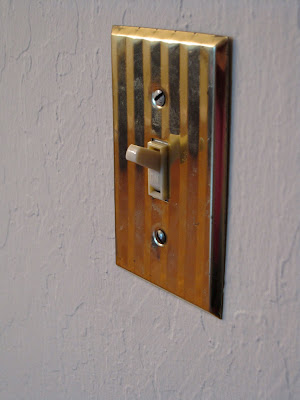 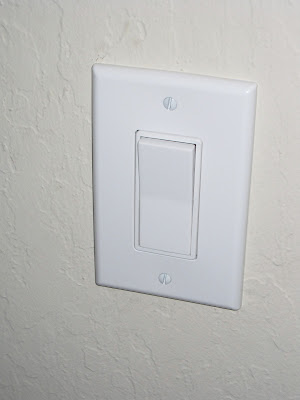 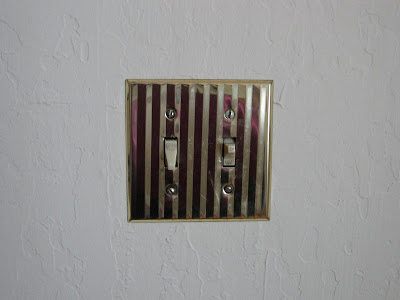 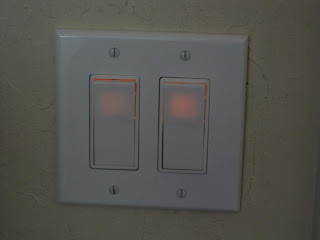 Full on illuminated double light switch!! That was a nod to the Rainbow guy. Do you know what I'm talking about? If you don't, GO HERE NOW, do not finish reading this drivel, just GO.
FULL ON DOUBLE RAINBOW ALL THE WAY ACROSS THE SKY *SOB!*
It's orgasmic. 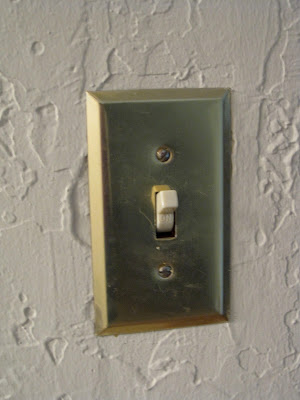 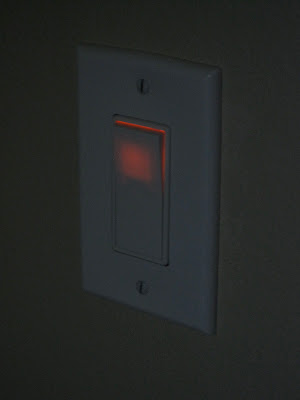 What the hail. No, not hell. Hail. 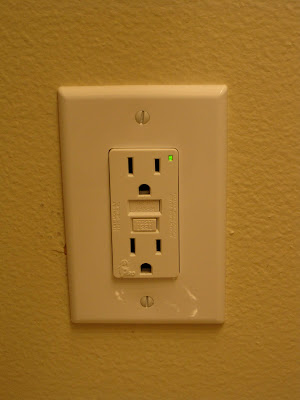 Hello, adorable GFI plug!
So that's pretty much it for now. We've got a number of painting projects coming up and a whole mess of furniture that needs to be procured before I can stop having nightmares about our house being uninhabitable. More before-and-after fun to come, hopefully sooner than later.
Have an electrifying weekend!
Posted by Erin at 12:49 PM