I had a nightmare last night that involved lots of angry doll faces and my own guilt about selling a vintage Barbie that's worth -- with all of her accoutrement -- around $1,000.

So I decided not to sell the Barbie. 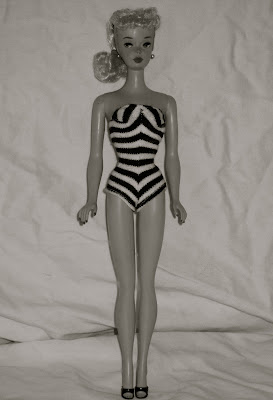 I am now among a select group of people who knows what it means when the writing on Barbie's butt says TM instead of R or when her eyes are blue or her eyeshadow is brown or her hair is in a ponytail. It's not my proudest moment.

That Barbie in the picture? Is from 1960. She is the third edition of Barbie ever to be produced. She belonged to my mother-in-law. Who never removed the ponytail. Definitely never swung Barbie around by her hair. A cat has never gnawed on her fingers or toes. 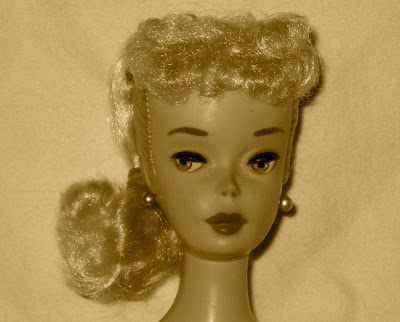 I don't know if it's sentimental -- well it's definitely sentimental. I have a fascination with all things antique or vintage, all things historical, family trees ...