A dangerous thing has happened. I have made cheesecake, and it was good.

Actually, I'm sorry, it was damn good. It was a Level 5 on the Lakshmi meter. It was gone within about 24 hours.

TPW made Blackberry Cheesecake because she lives on a ranch in steaming hot Oklahoma and blackberries grow like weeds. I went to the grocery store and all of the blackberries were covered in mold (Safeway: You will rue the day you crossed me!!). So I got raspberries! You can use whatever kind of berries you want. 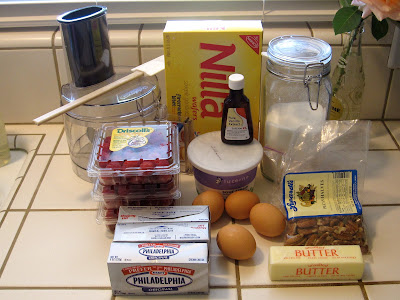 All of the ingredients on my fantastic 70's-era tile counter. Grout, you will rue the day you crossed me! 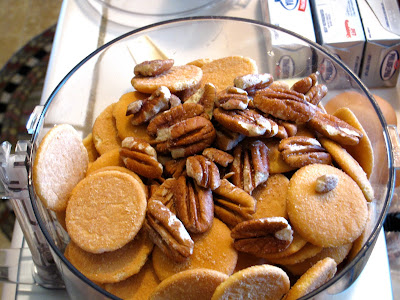 Toss the whole box of Nilla Wafers and some pecans in a food processor. If you don't have a food processor, you could try smashing this stuff in a bag with a club, like a caveman, but results may vary, my friend. If you've been using graham crackers or some pre-made pie crust -- just STOP IT. Trust me. 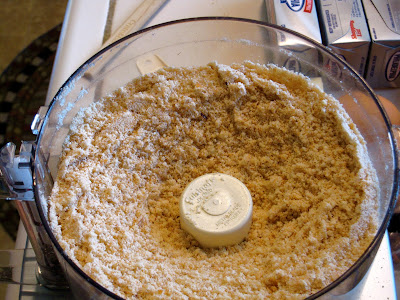 Mmmm crumby. Then you pour in melted butter and some vanilla, and then .... 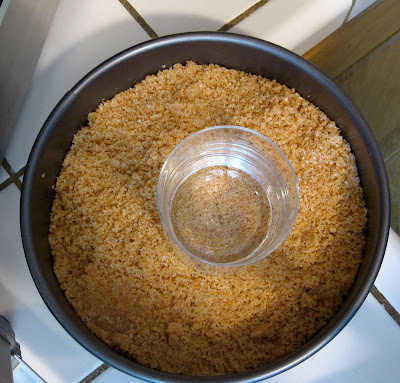 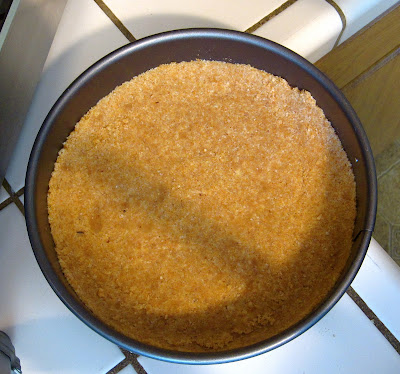 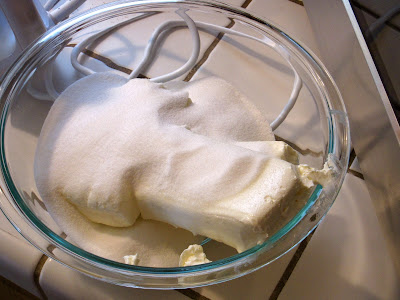 Here I've thrown a massive amount of cream cheese into my trusty glass bowl with a load of sugar. 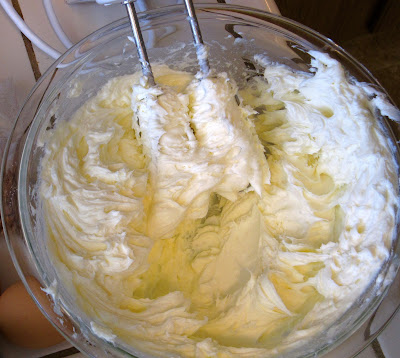 And I used a hand mixer to beat it. TPW throws hers into a mixer, but as I don't yet own a mixer, I just used my ghetto mixer. And the good news is, it works just as well. 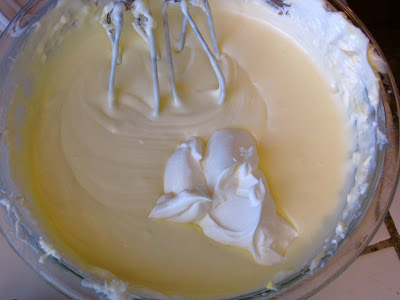 Here, I've already beaten in four eggs and am about to beat in a glob of sour cream. 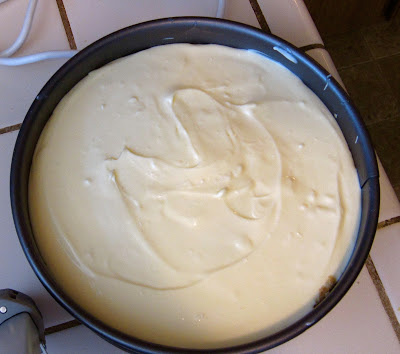 And then you just pour it over your crust in the pan, and throw it in the oven for an hour and ten minutes. 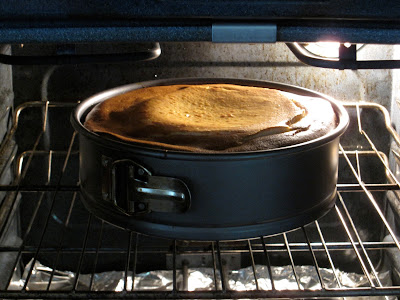 When I saw this, I was nervous. Because I'd never made a cheesecake. But it settled down into more of a cheesecakey form. Here it's finished baking and is cooling in the oven with the door open. Do not judge me for my dirty oven. 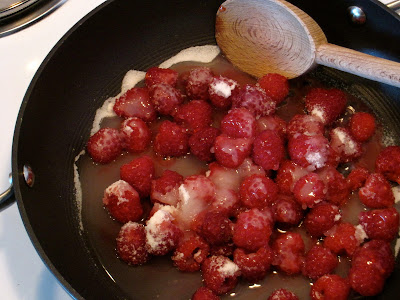 While the cheesecake was cooling, I threw my raspberries and some sugar and a little water in a pan. 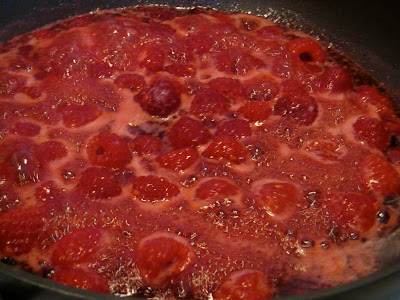 Let it boil for a second. Then let it cool for a few minutes. 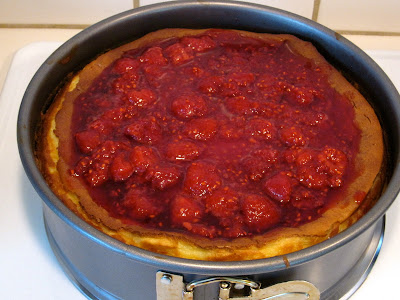 And then I poured it on top of my cheesecake. I managed to maintain enough control not to eat this entire thing, and instead brought it to a party. It's saying a lot, because the smell of this thing baking will drive you wild. 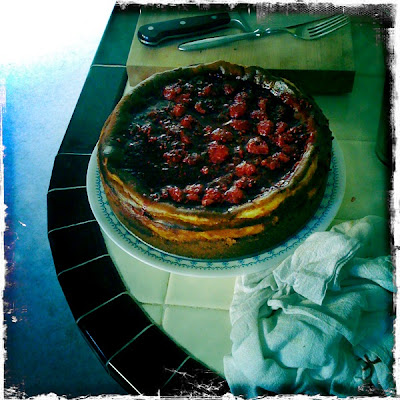 Here's where I started using the iPhone's Hipstamatic application. We'd brought this delicious bastard to our friends' home, and here it is sitting in their adorable 50's kitchen. The springform pan has been removed. 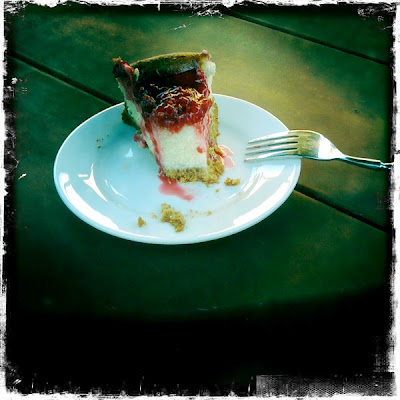 Sweet love of mine. I lust for thee. There are no pictures of whole slices. It was that good. 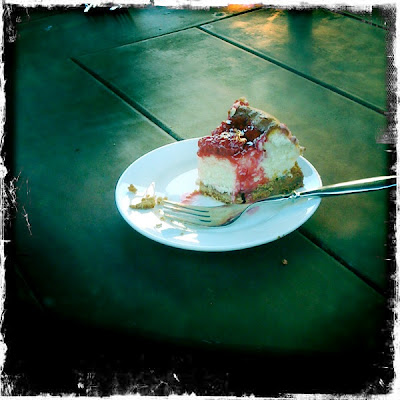 So anyway, I was so happy to have made something that was so delicious, because I'd recently gotten skunked by a couple of Martha Stewart recipes and was beginning to wonder, Is it me? It's not.

For the recipe for this cheesecake, click on this link to The Pioneer Woman's site, and enjoy!
Posted by Erin at 10:20 AM