My grandmother-in-law had this godawful bookcase from the 1970s that weighs about 5,000 pounds.

As we were cleaning out her home after she passed away a couple of years ago, we were trying to decide what to do with this ugly thing, and, having watched too many home improvement TV programs and having seen that real people - like my crafty college friend Monica - actually do sand and paint furniture so that it looks presentable, I said we should keep it.

And we did. It sat in the garage for a good long while, becoming a very nice home for black widow spiders.

On Saturday, the sun was shining, and since it was supposed to be a beautiful weekend, I got the ambitious idea to finally sand and paint that thing. 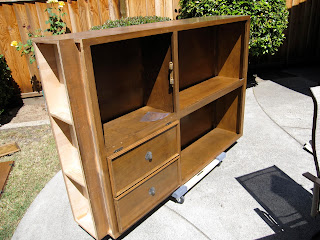 Here is the behemoth on its side. There are four doors on it but the husband had removed two at this point. 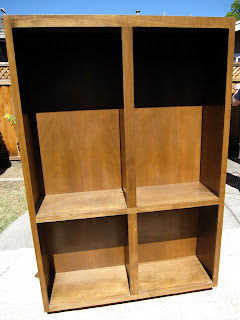 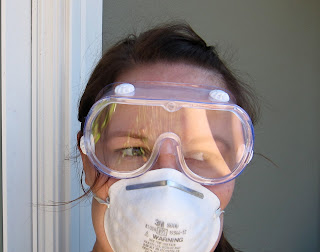 So we stopped when I finally got sick of sanding.

And then after we'd wiped the thing down with tack cloth, we painted it with primer. 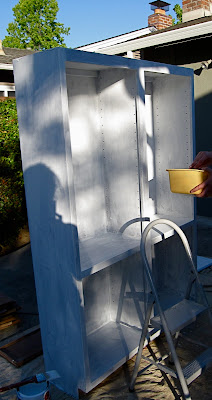 If you're looking for a word to describe what you are seeing here, allow me to assist you. The word is "crap." My husband had to be cropped out of this photo since he refuses to allow his gorgeous face to be shown on this blog. But note that he is holding a yellow barf bucket from Kaiser Hospital, from his hospital stay for the appendectomy last year. He finally found a use for it -- holding paint. Also note the long shadows - it's about 6:30 or 7 p.m. in this picture.
Now. I had thought primer was like a magical blanket of paint that just turned everything pristine white as soon as you slapped it on. But this seemingly is not the case, as evidenced in the photo above.
So yesterday we slapped another coat of primer on that beyatch. 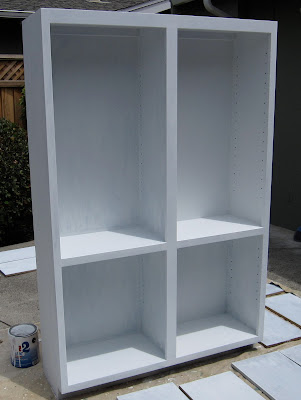 If I may, again -- the words you are looking for are "still crap."
But hell if I was going to paint another coat of primer on that beast. It was time to throw some paint on there and see what happened. 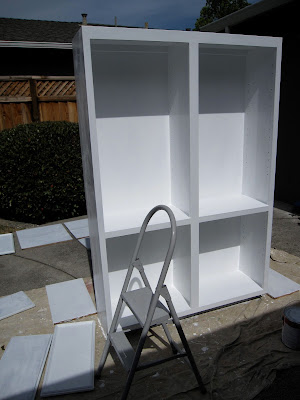 Not half bad.
So after many, many hours, and a Slurpee, thank God, the bookcase looks halfway OK. It needs to be sanded (&!*%$#) and needs another coat of paint, in addition to which all of the shelves and doors need various coats of primer and paint, but once that's done, boy howdy, I'll have a white bookcase.
Now all I need to do is choose new pulls. Here are the old ones. 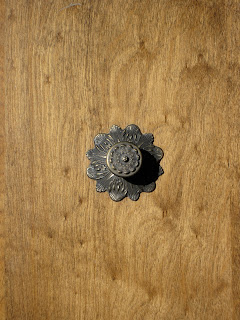 Which, they could be worse, I suppose.
But I am sort of in love with several knobs from anthropologie, so we'll see what happens. 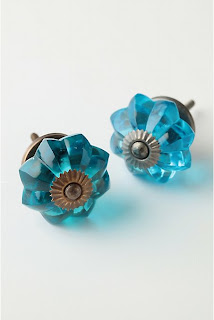 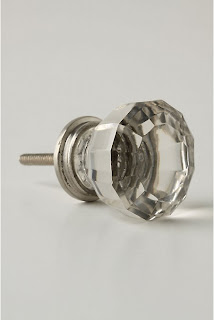 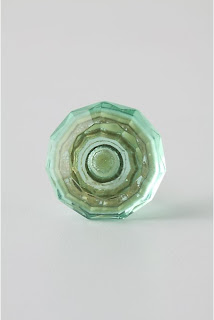 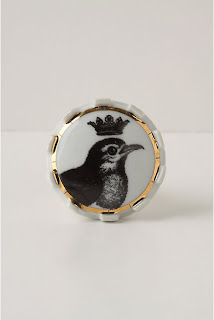 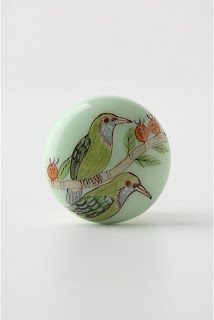 I'm taking votes. And also, I'll definitely post a photo of the finished product once it's all set up and pretty-fied.