So. Somehow I have refrained from blogging about my new be-furred children, who are almost 3 months old.

Hubs and I picked them up from the Humane Society. They're said to be litter mates -- brothers -- although how and why they look so different is anyone's guess. We're told it's possible they could have different fathers. 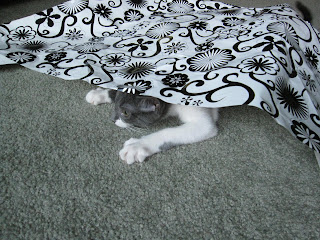 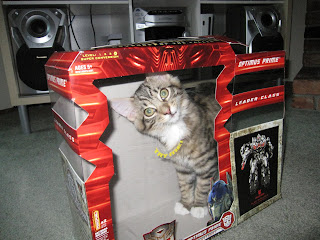 The two destroyers play a game I like to call "I kill you," where they bite on each others' necks. The one doing the biting seems to be saying: "See, here is what it is like when I kill you." And the other often lies limp, as if to say, "I see." 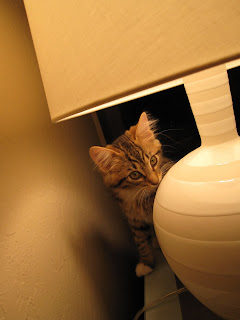 Simon is easier to snap photos of because he holds still better than Murray.

I'm accustomed to hearing calamitous crashes from another room, and thinking nothing of it. I have accepted the fact that these cats will destroy my every possession. 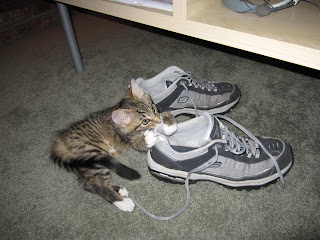 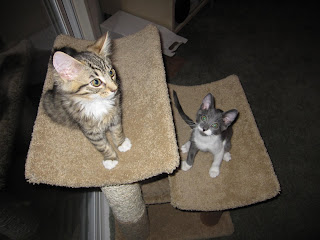 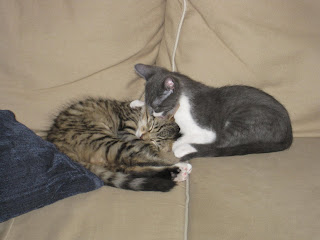 The Destroyers have a couple more games. One is called, "Fuck, you stink!" and the other one is, "Where have you been all my life?" The stink game involves vigorous licking of one's brother's stinky parts. And the "Where have you been..." game is less of a game and more of a cuteness fiesta wherein the cats cuddle each other until you feel like you want to tear your eyeballs out from the cuteness overload. 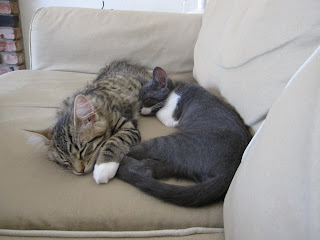 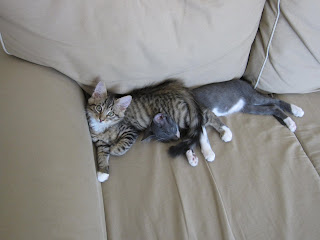 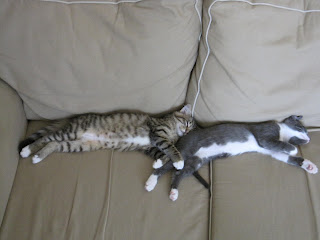