Let's think of some of the moments in the last 20 or so years that we, as a nation or world, have been drawn to our televisions during times of crisis and morbid fascination. In no particular order:
1) Princess Diana's death/funeral coverage
2) The OJ Simpson trial & verdict
3) The Columbine massacre
4) Obama's inauguration
5) 9/11
6) Loma Prieta (if you were a Bay Area resident on 10/17/89)
7) The Polly Klaas kidnapping (another Bay Area item)
8) Bill Clinton's "I did not have sex with that woman."
9) Hanging of Saddam.

Some of these things have enough heft to warrant the "What were you doing when" question. You know, like...

What were you doing when the earthquake struck? I was dishing up some salad at Fresh Choice.

What were you doing when they announced Polly's body had been found? We were at my friend's 16th birthday party, testing out her new car, and heard it on the radio.

What were you doing when you heard that 9/11 had occurred? I was sleeping and my mom called me.

What were you doing when the OJ verdict was handed down? I was in ceramics class in high school.

So ... What were you doing when you heard Michael Jackson had died? I was at work, reading the news online. I wasn't surprised in the least, and if I was sad, it was because of a memory of a man who hadn't existed for many years. My strongest and best memories of Michael Jackson are from around age 7. I'd be getting babysat by a troop of hairsprayed sisters, and their idea of a good time was watching Michael Jackson sing, and making runs to Taco Bell in their Cabriolet. They proclaimed they loved him and wanted to marry him, and that's when I decided I wanted to marry him, too.

Our romance soon soured, after I could no longer recognize him, and his bizarre behavior spiraled out of control. Many years passed, and upon his death I realized he'd been pushed out of my heart altogether, and if I felt any grief it was only for his children. God knows what will happen to them now.

That's not to say I don't feel sad about his strange life and the way he and other people messed it up. But I can't relate to the skeletal image on the screen, and I feel nothing toward that man.

I'll remember him at his finest -- toffee-skinned, 'fro-headed, white-suited, and sexy to beat the band. Farewell, Michael. 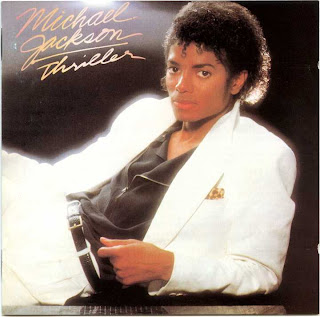 Email ThisBlogThis!Share to TwitterShare to FacebookShare to Pinterest
Labels: death