Myself and Hubs have successfully wasted nearly 12 hours of our lives watching a portion of the first season of "Lost," and unfortunately, because we're cramming it in like crack addicts, all I can do all night is toss back and forth, thinking about these stupid people on this island, and what their stories are and what the chicks do when they get their periods. Like, eventually they're gonna run out of airplane bathroom tampons, if there even is such a thing. Right? And then would they bury their ... waste ... and would it drive the boars -- not to mention the polar bears -- mad? And seriously -- Evangeline Lilly just happens to be wearing sexy stringy black undies when she stumbles upon a waterfall spilling into a beautiful pond? And she obviously found her razor in the wreckage. 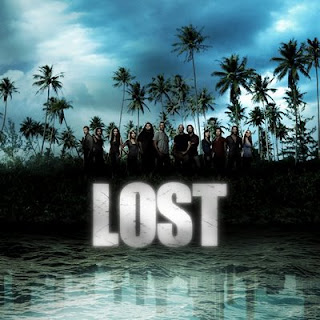 Egads, it's insane to be obsessed with such an implausible story. And yet... it is so intriguing. Kudos to whoever wrote that damn thing. And seriously, if the actors weren't so hot and/or interesting looking, it wouldn't be as fun to watch. There's one dimpled Texan who's just a delight to stare at, and he's been given some of the best lines, nicknaming the rest of the survivors and referring to their airplane crash one month prior as "the olden days." You had to be there.

Lord help me. Thankfully I don't think Netflix will be sending us any "Lost" refills until Wednesday-ish, which means I can cease obsessing about this stupid show for a couple days.

Friday night -- C-dog's birthday part at Cascal, where you must go, immediately, due to the fact that the food they serve is utterly fantastic. It's tapas. Try the ceviche, the paella, any empanada that strikes your fancy. Mojitos were good, the sangria was better. Enjoy!

Saturday -- Slept in til 11 a.m. believe it or not. Received two text messages notifying me Ross had been found. Thank goodness! I was beginning to become mildly obsessed with finding him. Received call from my mother stating that mass quantities of sausage from Corralitos Market & Sausage Co (Best. Sausage. Ever. Get any that have cheese in them) had been purchased. Immediately made way to parents' house to eat said sausage and drink margaritas. Returned home to watch "Lost."

Which brings us to today. Good luck with the week. T minus 4 days til the road trip begins...
Posted by Erin at 6:33 PM

Email ThisBlogThis!Share to TwitterShare to FacebookShare to Pinterest
Labels: obsess much?