On Sunday we went to In-N-Out for burgers and as we were sitting outside, a few kids who looked to be in their late teens were sitting nearby, and one seemed sick. He was sneezing and hocking nasty loogies. He announced loudly, "I smoked too much weed on Friday." At least the kids are still calling it weed and I'm not too unhip to understand what they're talking about.

As they ate, someone they seemed acquainted with - a gentleman in a cap and a wifebeater tank top - joined them. He waited for them to finish their meals. Then they went to a vehicle and a transaction obviously took place. They were parked a few feet from where we were sitting outside. We watched them exchange money for marijuana and even roll a joint.

These kids are what my dad would call little peckerheads. They were so unworried about being caught discussing and then purchasing weed that they felt free to do so in broad daylight, in front of God and everybody at the In-N-Out. At least in my day we had the common decency to buy weed under cover of darkness, in remote areas where we were fairly certain no one else, especially the police, might be lurking. And honestly, I've never personally bought it myself but only tagged along once or twice.

It's certainly not the smoking of the weed that irritates me. In my opinion it should be legalized. Alcohol is more dangerous and addictive as far as I'm concerned. But for now, it's not legal, and you little peckerheads had better keep it under wraps or next time I might be tempted to turn you in just for giving potheads a bad name.

On another note I took these photos today in my back yard. I'm excited that spring is on its way and flowers have managed to bloom in my yard with absolutely no help from me. 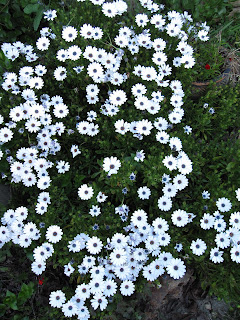 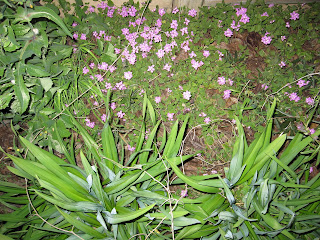 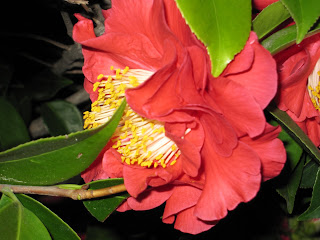